Small Business Owners Put Everything They Have Into It...

Despite uncertainty, long hours and pressure, the benefits outweigh the negativesÂ , according to annual Bank of the West Small Business Growth Survey 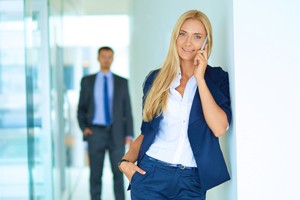 SAN FRANCISCO, July 26, 2016 /PRNewswire/ — More than eight in 10 small business owners (82%) say they put everything they have into their business, according to the second annual Bank of the West Small Business Growth Survey, released todayâand an overwhelming majority (86%) say that all they’ve sacrificed for their business has been worth it.

Additionally, this year’s index number (55) and results from the survey show that small businesses have experienced growth and are optimistic in the future of their businesses amid an uncertain economic and political climate. Further, 70 percent of companies surveyed were in growth mode â up from 64 percent last year.

The index tracks four key indicators over the previous 12 months: profitability, revenue, investments, and reductions. On the scale of 0-100, a composite score of higher than 50 indicates growth and less than 50 signals decline.

What Weighs on the Minds of Small Business Owners?

According to the Small Business Administration, only half of new businesses survive through the first five years, but based on the results of this year’s survey, small business owners continue to feel motivated to forge ahead against the odds.

Reaping the Fruits of Their Labor

Although times can often be challenging, for the vast majority of small business owners, the benefits outweigh the negatives. Small business owners cite a level of freedom and flexibility not afforded by a traditional 9-to-5 job as unique benefits of the career: 94 percent say that owning their own business puts them in charge of their own destiny, 91 percent love the freedom that comes with owning a small business, and 83 percent said running their company makes them feel empowered.

Not only are small business owners able to gain personal and financial independence, but they feel they are better able to connect with their local towns and neighborhoods. Eighty-four percent say owning a small business allows them to contribute to the local economy and 80 percent say their small business helps them make a positive impact on the community.

“Small business owners are the backbone of the American economy, working hard day-in and day-out to realize the benefits of their effort and perseverance, not just for themselves, but also to create a lasting business legacy for their families,” said Michelle Di Gangi, executive vice president of small- and medium-size enterprise banking at Bank of the West. “Small business ownership isn’t always a financial decision â an even bigger draw is the flexibility and independence to chart your own path and create a business that can be passed on to the next generation. These are benefits that many other career paths simply do not offer.”

Leadership Qualities Are Key to Success

How can individuals looking to start their own small business improve their chances of success? Plenty of entrepreneurs have high business acumen â but small business owners say the essential ingredients for success are personal leadership qualities, with passion for work (70%) and self-confidence (64%) rising to the top of the list, above more business-centric qualities such as a clear vision for the business’ future (49%) or tangible assets such as offering an innovative product or service (38%).

“Tenacity, charisma and determination are what push businesses into high gear. Those who don’t just lean inâbut go all-inâare better positioned to overcome the odds and chart their own professional course,” Di Gangi said.

They are emboldened, despite their lack of confidence in the general economy and an uncertain political climate

The top five pieces of advice that current small business owners would give to those just starting out are:

This year’s survey shows that the sacrifices and hard work that small business owners put in are paying off.

They are emboldened, despite their lack of confidence in the general economy and an uncertain political climate. While 40 percent have a negative outlook for the economy in the year ahead (up from 35% in 2015), an overwhelming eight in ten (81%) have maintained a positive outlook on their own businesses over that same timeframe.

Business financials over the past year show a stable growth trend across the small business sector, as seen in the Bank of the West Small Business Growth Index score â at 55 for 2016, up slightly from last year’s 54. In fact, seven out of 10 small businesses in this year’s survey fall into the Index’s growth category â reflecting a combination of increases in profitability and/or revenue, as well as investments back into their companies.

“While a volatile economy and political uncertainty impact their business growth plans, small business owners remain resilient,” Di Gangi said. “With a realistic eye toward the business climate, they are cautiously confident in their near-term business success, and continue to invest the time and resources to get there.”

California is a Bright Spot for Small Business Growth

Low unemployment rates in the state are making it difficult to fill vacant positions and new significant minimum wage increases are a challenging cost to shoulder for many small businesses across the state. Still, California small businesses are outpacing their counterparts nationwide, with more companies in growth mode (79% versus 70% nationally) and a particularly bright outlook for the U.S. economy (75% versus 60% nationally). The 2016 California-only Index score is 57, compared to 55 nationally.

Regionally, California businesses tell two slightly different stories. Southern California’s Index has plateaued on the heels of a growth spurt, with a local Index score of 56, down from 57 in 2015. Northern California is experiencing a modest uptick toward stronger growth with a local Index score of 57, up from 55 in 2015, with nine in 10 expressing a positive outlook for their business over the next 12 months.

On the flip side, women are more likely than men to point to the work-life juggle, citing competing demands on their time (64% of women versus 55% of men) as a significant barrier to the growth of their company.

About The Bank of the West Small Business Growth Survey
The Bank of the West Small Business Growth Survey is an annual small business survey series launched in 2012. This survey was conducted online within the United States by Harris Poll on behalf of Bank of the West between April 13 and May 9, 2016 among a national sample of 505 U.S. residents and an additional sample of 207 California residents. Both the national and California sample met the following criteria: those who own a business with two or more non-owner full-time employees and less than $10 million in annual revenue, and which has been in operation for at least five years; additionally, these respondents have had an ownership role for at least five years. The data have been weighted to reflect the composition of U.S. businesses with annual revenue of less than $10 million.

The Bank of the West Small Business Growth Index specifically focuses on the expansion of small businesses, using reported information about profitability, revenue, investments, and reductions in the past 12 months.

About Harris Poll
Over the last 5 decades, Harris Polls have become media staples. With comprehensive experience and precise technique in public opinion polling, along with a proven track record of uncovering consumers’ motivations and behaviors, Harris Poll has gained strong brand recognition around the world. Contact us for more information.

About Bank of the West
Bank of the West is a regional financial services company chartered in California and headquartered in San Francisco with $77.2 billion in assets as of March 31, 2016. Founded in 1874, Bank of the West provides a wide range of personal, commercial, wealth management and international banking services through more than 600 branches and offices in 23 states and digital channels. Bank of the West is a subsidiary of BNP Paribas, which has a presence in 75 countries with 189,000 employees. Follow us on Twitter: @BankoftheWest