Since the Referendum, the British Pound Is Vulnerable

All eyes are on the vote… and the pound 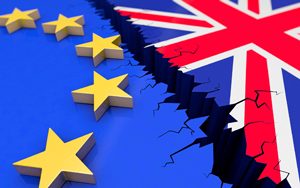 BUDAPEST, Hungary, June 7, 2017 /PRNewswire/ –UK elections are coming tomorrow, but that doesn’t mean that Brexit will be smooth, according to new research fromÂ Innovative Securities.

The company analysed the performance of the GBP, stocks and PMI since the referendum to see which path the United Kingdom took and if there’s a way back.

Right after the Brexit referendum the Pound started to plunge. It fell 10% against the USD in a single day to a 31-year low, reminds Innovative Securities. Business confidence has been hurt shortly: it fell to -47, 40 points below the average from 1958 to 2017. Ever since, the GBP is crawling back up and falling again, but never reaching its original state.

Currency and stocks moving in different directions is not rare, underlines the company, as a weak Pound helps British export. But weaker currency hurts import and domestic consumption as prices go up, they point out.

Uncertainty pushes down the Pound. That’s an important part of the equation. For the first news of the Great Repeal Bill – and a real possibility of a hard Brexit – by PM Theresa May, the GBP started to fall badly.

Right after the Brexit referendum the Pound started to plunge. It fell 10% against the USD in a single day

Concrete steps usually made the Pound stronger on the other hand. After triggering Article 50, a small rise started and Theresa May’s announcement of the snap elections also helped the British economy. Innovative Securities believes that this is due to a possible strength UK’s lead may show after the elections.

But things are constantly moving.

Emmanuel Macron’s win in France gave Germany a strong ally in the Brexit talks. The French are also working hard on scooping up financial companies that plan to leave the UK. Things are in flux in the UK too: after the recent terrorist attacks, Labour got stronger according to YouGov’s poll, and Conservatives only had a lead of five points (43% to 38%). Things changed since then, but the elections tomorrow will be interesting.

In the last year, we saw how jumpy the GBP is while it couldn’t really recover from its first historical fall after the Brexit, summarizes Innovative Securities. This may not change after the elections either, making the Pound vulnerable to several domestic and global events. However, futures market has cleaned up a bit as GBP short positions were unwound in a big way from mid-April that supported the Pound in the crosses getting to neutral levels before the elections.