Emerging “Circle of Lifeâ audience is an abundant community 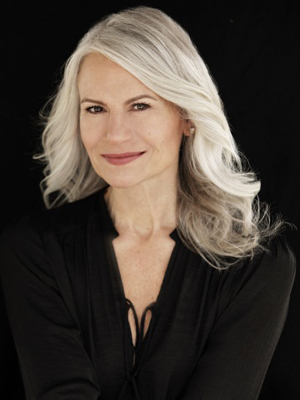 January 09, 2018 —Â NEW YORK–(BUSINESS WIRE)–Silver Disobedience IncÂ  has launched a new movement that has opened up an important dialog with a powerful group of consumers. These are men and women ages 48 to 100+ who feel both misunderstood and misrepresented by some marketers.

This significant collective of people encompasses those who might be enjoying life without kids; those carrying diaper bags for grandchildren or great-grandchildren; or those who, due to advances in medicine, adoptions and second marriages, may also be raising children of their own.

This âCircle of Lifeâ audience is an abundant community of active consumers in basically every imaginable shopping vertical. Shockingly, however, widely respected research reports tell us only 5 to 10 percent of all marketing efforts target âthose of a certain age,â while other in-depth online discussions suggest some marketers may be inappropriately trying to sell to this demographic.

At age 57, founder Dian Griesel, a successful business owner and strategist for more than 30 yearsâwith a new career as a silver-haired Icon model with Wilhelmina Models NYâbegan observing perceptual and societal disconnects. Her goal was to start an interactive conversation about how others might feel they were being represented in media discussions, television, film, work and advertisements. What started as a single quiet blog posted @SilverDisobedience Facebook and Instagram pages, has developed into a viral roar.

In fact, what Griesel calls the Silver Disobedient™ majority is no longer content to be silent. Beginning only three months ago, 78 Silver Disobedience™ blog posts have tallied a Facebook verifiable, highly targeted reach of 3,566,583 people; more than 592,000 likes on Instagram and Facebook; 42,400 Facebook shares (not calculating re-sharing); and 25,150+ very engaged and heartfelt comments.

What began with the question: âWhy isn’t aging viewed in more favorable terms?â has evolved into interactive discussions that reflect an amalgamation of life experiences that can only come from years of living. More so, the 27,150+ Facebook followers and 9,500+ on Instagram are communicating with fond camaraderie, saying âSilver Disobedience is the most positive place to start the day.â Clearly, a growing rebellion has started that intimately reflects how the world might need to reimagine this age-positive segment of society.

As Griesel reports: âI certainly know I do not feel obsolete nor irrelevant due to age. I feel very enthusiastic about life, and my goal is to engage with others daily to see how they are feeling about their lives at this stage. And, wow, the conversation is lively! While some of us are retired and traveling, an equally large number are working with no plans to ever retire. I could not be more excited about the launch of this new website, SilverDisobedience.Rocks, which will become a new home for more content and more discussions.â

Silver Disobedience is currently vetting partnerships with select companies for targeted daily representation with our audience. Interested advertisers and marketers can find significant statistics about this powerful and still rapidly growing demographic at this link.