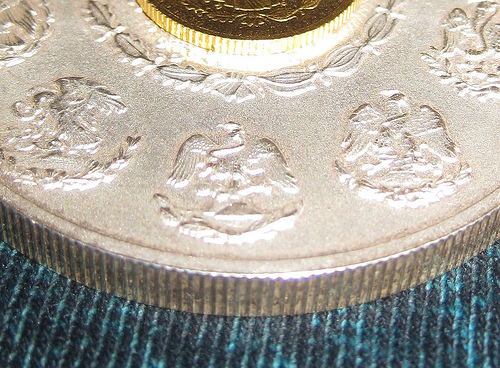 "I'm certainly not going to shy away from what I think is plainly obvious after a sober review of the charts. Namely, that silver has bottomed. Finally," Hemke says. "Yes, it has been a long four years, but trends don't continue forever and prices aren't going to zero."

Hemke explains it was always logical to assume that silver would eventually bottom and resume its bull market. "With the blowout, capitulative lows of late last year, I firmly believe that we have seen this final bottom," he states. By analyzing precious metals price charts, Hemke feels they clearly show that silver bottomed back in November and December of 2014.

On the heels of a 'brutal' bear market

With the nearly four-year, brutally enforced bear market behind us, what should we expect in 2015 and beyond? Hemke predicts that once silver finally paints a weekly close above the old $18.20-$18.60 floor, it will rapidly move towards $20. He says you can also expect "psychological, round number resistance" there.

you can also expect "psychological, round number resistance"

"Of course, none of this is going to be easy, and it is quite unlikely that price ramps back up as quickly as most of us would like," Hemke cautions. "Just a move back to $22 by year end would constitute a 40% move for 2015. That's pretty dramatic, and it's only to $22, so don't go expecting too much, too fast."

Additionally, long-term reverse head-and shoulder formations may be building. The move from $22 to $26 would represent another 18% gain and, with chart symmetry, could take all of 2016. The next stage from $26 to $36 would be another 40% rise conceivably from 2016 through early 2018.

"That's three years from now," Hemke explains, "but, realistically, expecting it to take three years for something to double in price is actually pretty aggressive." Silver may possibly move up rapidly as banks are squeezed. The latest Commitment of Traders report is similar to October 2013, when the price of silver was $23. It surged to nearly $50 in just seven months.

Hemke concludes: "I believe without doubt that silver finally bottomed late last year. It is not going to $8 and it is not going to $12, either. Instead, price will now begin a new up trend that will unfold over the years ahead, ultimately taking silver back to the 2011 highs and beyond. Prepare accordingly."