Should We Be Worried About Inflation?

Excerpts from a recent blog from the Economic Policy Institute, authored by its director of research Josh Bivens, examines our thinking on wage-driven inflation and the use of contractionary macroeconomic policy to combat it. Access the full report here. 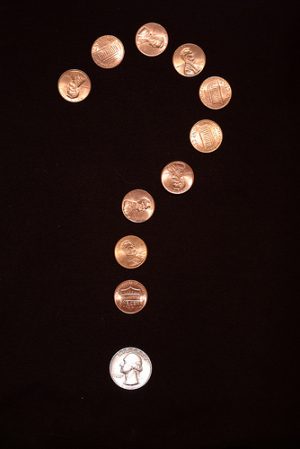 Several very good primers were recently written on how to think about inflation in the coming months. But as the reaction to monthly price inflation numbers that ever tick above a 2% annualized rate continues to be disproportionately angst-ridden, another one may be useful.

Assessing this weekâs data and the ongoing debate about inflation and economic âoverheatingâ requires an understanding of at least four key points:

1. The source of inflationary pressure is crucial to assessing how policy should respond. Inflation coming from the labor market because workers are empowered enough to secure wage increases that run far ahead of the economyâs long-run capacity to deliver them (that is, productivity growth) is the only source of inflation that should ever spur a contractionary macroeconomic policy response (either smaller budget deficits or higher interest rates). This type of inflation is what worries about âoverheatingâ center on.

2. Other sources of inflationary pressure are far more likely to be transitory and hence should not spur a contractionary policy response.

3. Arguing that inflation stemming from many sources should not be met with a contractionary policy response does not mean that this type of inflation is good, or even just benign. Such inflation often does reduce typical workersâ living standards. But to be effective, anti-inflation policy must address such types of inflation with tailored measures, not across-the-board macroeconomic austerity.

4. Spillovers of inflation that begin outside the labor market but spark inflation driven by wage-price spirals are highly unlikely given the extremely weak bargaining position and leverage of typical U.S. workers in recent decades. This degraded bargaining position also suggests that unemployment rates might reach far lower levels than they did in past decades before spurring wage growth sufficient to drive excess price inflation.

Policymakers Need To Keep An Eye On Wage-Driven Inflation

As recoveries proceed, the unemployment rate falls, and labor markets move into a âhigh-pressureâ state, typical workersâ leverage to achieve faster wage growth increases. Over the long run, the highest average sustainable pace of wage growth workers can achieve is the sum of the inflation target set by the Federal Reserve (currently 2%) and the economyâs rate of potential productivity growth, where productivity is simply the inflation-adjusted value of the income generated in an average hour of work in the economy. Potential productivity growth is the rate of growth that would prevail in tight labor markets with low rates of unemployment. For the United States, this rate is likely roughly 1.5%. Nominal wages can thus rise by 3.5% a year (2% price inflation target plus 1.5% potential productivity growth) without putting pressure on price inflation to move above 2%.

To see why nominal wages should be allowed to grow as rapidly as the sum of productivity growth and the Fedâs inflation target, imagine that both nominal wages and productivity rose 2% in a year. In this scenario, hourly wages climb 2%, but the amount produced in each hour of workâthe definition of productivityâalso rises 2%. If labor costs rise 2% and output rises 2%, then costsâ¯per unit of outputâ¯(i.e., prices) would not rise at allâinflation would be 0%. But the current inflation target of the Fed is not zero, it is 2%. This target means that nominal wage growth can be 2%â¯higherâ¯than trend productivity growth before labor costs (determined by both wages and productivity) threaten to push inflation over the Fedâs target.

There are three important points to note about wage-driven inflation and the use of contractionary macroeconomic policy to combat it:

Changes In Relative Prices Lead To Only Transitory Inflation Increases

A recent example of inflation clearly not coming from an overheating labor market can be seen in the May 2021 data from the Consumer Price Index (CPI), which rose by 0.6% in a single month. A big part of the measured acceleration in year-on-year inflation was the simple arithmetic quirk of comparing prices in May 2021 to prices in May 2020, the month that saw vast swaths of the U.S. economy virtually shut down because of COVID-19. Aside from this (very large) quirk, the biggest contribution to the overall rise in inflation came from extraordinarily rapid inflation in the price of used cars, which by definition were built by labor in the past. Clearly, any price increase in this sector in May could not have been driven by labor market conditions in May. Responding to the spike in used car prices by raising interest rates would have made no sense.

Another example can be seen in the years before the COVID-19 shock. During the economic recovery and expansion following the Great Recession, the cost of housing consistently grew more rapidly than overall inflation. Housing does depend, at least in some small part, on the current cost of production, which depends partly on labor market conditions. However, the cost of housing also depends on many factors besides labor-market-driven cost pressures. In the United States, for example, the aggregate price inflation in housing is driven by a subset of cities in which demand for housing has outstripped the building of new units. Supply growth, in turn, has largely been kept too low by a range of restrictions and zoning regulations that are unrelated to labor market conditions.

The arguments above that inflation driven by influences outside the labor market should not be met by a macroeconomic policy response might make people think weâre arguing that such inflation is benign, or even good. That is not our argument.

A spike in food prices driven by events abroad, for example, reduces U.S. householdsâ purchasing power and makes them poorer. Policymakers should see whether anything can be done to alleviate thisâsay, by addressing potential bottlenecks in food production. Policymakers should certainly use fiscal policy to transfer resourcesâincreasing food stamp benefits, for exampleâto reduce the damage the food price shock inflicts on the most vulnerable. But an across-the-board effort to weaken economy-wide demand growth in the U.S. would not effectively target a food price spike driven by global influencesâand it would cause collateral damage by slowing job and wage growth in all other sectors in the economy.

The public largely fears inflation. Much of this fear is rational: All else equal, inflation reduces the purchasing power of current income. But, when inflation unexpectedly rises or falls, there are other distributional consequences as well, and not all of them are bad. For example, unexpected inflation tends to transfer wealth from lenders to debtors.

If a household took on a mortgage payment with a 4% interest rate when inflation was 2%, then the effective real (inflation-adjusted) interest rate was 2% (4% nominal interest rate minus 2% inflation). But if inflation unexpectedly bumped up to 3%, the real interest rate would fall to just 1%. The borrower would be paying back a stream of mortgage interest to the bank that is worth less in purchasing power than either side expected when the contract was signed. The increase in inflation makes the mortgage less burdensome to the household and less profitable to the bank.

The causes and consequences of inflation can be complex, and policies appropriate to combat some variants of inflation are not appropriate to combat others. It is quite clear that large upward jumps in inflation cause anxiety to typical U.S. households. Too often in the past policymakers reacted to this anxiety by turning to the one anti-inflationary tool they knew best: launching more-contractionary macroeconomic policy. This response is often poorly targeted and always carries large costs. We need a much smarter debate about inflation and what to do about it.