The Sharing Economy: Who Can You Trust? 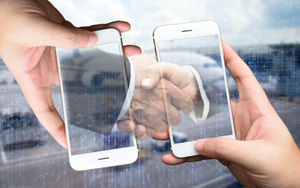 Part I in a three-part series on cyber-security

The sharing economy represents a new kind of marketplace, one serviced by peer-to-peer interactions coordinated by powerful digital platforms that efficiently match needs with abilities.

In this new economy, access to goods and services trumps ownership and user-experience ranks almost as highly as the product itself. Sometimes higher.

Gig workers, who offer their services and work on-demand via the sharing economy, have found ways to share their skills with ever-increasing audiences through the use of digital platforms that match users and providers. And they arenât tying themselves to only one platform, either. Gig workers are creating their own schedules and determining their own income, based on the number of platforms and users they choose to engage. In a landscape previously dominated by ride-services and room-sharing, gig workers now look like a cross-section of the American workforce â covering every profession from lawyer to handyman.

Possibilities for the sharing economy certainly stoke the imagination. But its landscape isnât devoid of peril. One of the most significant hindrances to the sharing economy focuses on identity â simply put, verifying that people are who they say they are. As gig workers branch out into more specialized fields â for instance, research and medical fields â the stakes rise considerably, requiring a verifiable identity.

Currently, barriers exist to gathering and handling sensitive identity information. In order to be truly effective, to increase safety without causing user drop-off, gathering personal information must be seamless and consistent across platforms. The sharing economy forces us to reconsider the way that we share our identity online, pushing us to find solutions that are simple, secure, and trustworthy. Users must be able to share their verified identification with whomever they choose â quickly and easily. And sharing economy companies must be able to verify users easily.

The sharing economy looms so large in our collective psyche that some of its digital platforms have morphed into verbs, much the way that âxeroxingâ ultimately became synonymous with photocopying. The sharing economy thrives on instant connection, frictionless booking, and perceived economic benefits. Almost any service or task can be outsourced in the sharing economy: housecleaning, copywriting, food delivery, legal services. The possibilities are only limited by the imaginations of service providers â and the developers of the digital platforms that offer the services.

The sharing economy disrupts traditional business models. Capitalizing on underutilized assets â time, space, skills â the sharing economy increases access to the marketplace for both providers and consumers. This type of access wouldnât be possible â at least on this scale â without the Internet. The Internet has set the world at our fingertips â knowledge, entertainment, retail. The sharing economy thrives on the instantaneous nature of the Internet, as well as the increasing public desire to create a marketplace driven by collaboration and cost-effectiveness.

Digital platforms that offer goods or services â think Airbnb or Lyft â function as a type of clearinghouse to match peers, decreasing the need for a traditional corporate intermediary. Digital platforms work because they operate on a good faith effort to create âsecure, reliable, and efficient transactions between individuals.â You may initially choose Lyft because theyâve established solid brand awareness and brand trust. But, ultimately, Lyft isnât giving you a ride; an independent contractor you connected with through Lyft, who garnered your trust through stellar ratings and reviews, is giving you a ride.

The sharing economy cuts through corporate red tape, making instant connections and making daily life more seamless: â83% of consumers whoâve tried the sharing economy believe it makes life more convenient and efficient.â This openness to new ways of obtaining goods and services, as well as the desire for quick and easy connection with service providers, provides ample room for growth in the sharing economy. In 2014, the sharing economy had estimated âglobal revenues of about $15 billion in 2014 with the potential to increase to around $335 billion by 2025.â

This increase in revenue depends largely on an increase in providers willing to participate in the sharing economy. These providers fall into two primary categories: labor and capital. For laborers, which includes services from manual labor to specialized accounting or law services, the rise in participation in the gig economy is based partly on a desire for autonomy. Gig workers accept single, short term assignments with companies or individuals; they are independent contractors who place high value on the flexibility of creating their own hours. Because the gig economy requires a large pools of providers to meet consumer needs, there is a low barrier of entry for gig workers. Within the past year, these factors have led 8% of Americans to earn money through a gig found on a digital matching platform.

What we invented wasnât staying in peopleâs homes. We invented trust amongst strangers

As the economy continues to evolve, so does the way people perceive and manage work. While holding a steady job for decades, fueled by loyalty and the promise of a pension, used to be the goal and the norm, workers today are more likely to shift career paths several times, to desire the independence and flexibility of freelance work, or to find it necessary to work multiple jobs simultaneously. Today, just under a quarter of Americans have earned money by participating in digital platforms over the last year. These workers count on digital platforms to be able to reach large numbers of consumers and to generate better matches than they could generate independently. And the sharing economy shows no sign of slowing. Currently, 54-68 million workers in the United States are classified as âindependent earners.â Studies show that, if workers âwere able to pursue the working style they prefer, the independent workforce could potentially grow to 76 million to 129 million Americans.â

Labor isnât the only force impacted by the sharing economy; it has also changed the way participants view capital. As millennials grab larger chunks of market share, the market must adapt to their less-is-more philosophy, where access is more important than ownership. Millennials arenât the only consumers who feel this way; 43% of consumers identify ownership as a burden. Owners have begun to identify capital in excess space, whether that be a condo with an extra bedroom or an entire house that sits empty while the owner vacations. Anyone that has room (or rooms) to spare can get in on the home-sharing game. Right now, revenue from short-term home-sharing only claims 2% of the U.S. accommodations market, but by 2025 it could claim up to 10% of the market share. That would account for a revenue of $107 billion.

But none of this could happen without first establishing trust between strangers. In fact, trust is the pillar of the sharing economy. Airbnb co-founder Brian Chesky noted this phenomenon recently: âWhat we invented wasnât staying in peopleâs homes. We invented trust amongst strangers.â This trust is currently built through online ratings and reviews, which give consumers a glimpse into othersâ experiences with the provider. Even though general trust between strangers hasnât increased exponentially, consumers believe that peer regulation can be highly effective: â64% of consumers say that in the sharing economy, peer regulation is more important than government regulation.â Exposure also increases trust. The more familiar a consumer is with the sharing economy, the more likely they are to have positive feelings toward it.

As promising as the current situations seems, sharing economy growth isnât truly limitless. Thatâs because trust can only take the consumer so far. Peer-to-peer reviews may be adequate for establishing trust with the person you hired to assemble your new bike. But when you look to hire a highly-qualified professional, such as a registered nurse for at-home care, through the sharing economy, youâll need to verify the providerâs identity, medical credentials, and licensure, as well as investigate their performance on the peer-to-peer review system. Once this kind of identity verification system is created, the sharing economy will experience unfettered growth in skilled professions. The possibilities will alter the marketplace landscape. As of yet, no system exists to quickly and accurately verify these factors. But, the creation of such a system will create amazing possibilities within the sharing economy.

Individuals Increasingly Opt to Work in the Sharing Economy, Making It a Serious Source of Income

Omnipresent technology impacts the way we view work. We are constantly connected via the Internet to social media platforms, messaging, and email. This connection naturally bleeds into the way gig workers manage sharing economy matching platforms. Take, for instance, a graduate student at the local university. She may be obligated to teach, research, and attend class during specific hours; however, during her free time, she chooses to engage in the gig economy to supplement her income and to vary her life experience. She picks up a few gigs on Uber, but finds that she doesnât have a steady stream of clientele. So she adds Lyft and Roadie to the mix. Now, sheâs driving rather consistently.

This hypothetical graduate student illustrates the way many gig workers play digital platforms to their advantage: âUp to 93 percent of [gig workers] in the ârides and roomsâ industriesâare individuals earning income by freelancing or contracting with other businesses such as Uber, Lyft, and Airbnb.â The juggling of multiple jobs and platforms, instead of one-steady line of full-time work, is spawning its own new platform management tools that claim to match employers and workers even more efficiently. The Bureau of Labor Statistics suggests that gig workers sign up for various platforms both to try them out and to increase the odds of landing enough gigs to create a steadier stream of income. Managing multiple platforms gives gig workers more control of their time and income.

The amount of American office workers who have taken on additional gig work is astounding; estimates say the number could be as high as one-third. Even more telling is that over half of these same workers predict that juggling multiple jobs will become the norm for us all. This prediction squares well with studies that show that the vast majority of American workers holding traditional employment (81%) say that if they could readily locate gig work, and the work would contribute to their income stream, theyâd accept outside gigs. â

Next: Gig is not just limited to ridesharing & roomsharing.