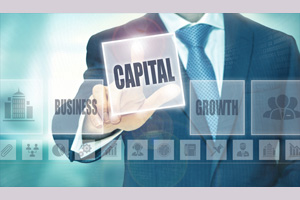 NEW YORK–(BUSINESS WIRE)–Global VC investment is likely to continue to fall throughout the final quarter of 2022 as Q3 sees the third consecutive drop in deals and funding value whilst signs indicate increased conservativism amongst investors amid rising fears of a global recession.

According to the Q3â22 edition of Venture Pulse â a quarterly report, published by KPMG Private Enterprise, that analyzes key VC deals and trends globally, global VC funding fell to a nine-quarter low of $87 billion in Q3â22; levels not seen since 2020 in the Americas, Europe, and Asia. The decline in the number of deals was even more marked during the quarter, with just 7,817 VC deals globallyâthe lowest volume since Q4â17.

âDespite five deals closing with values over $1 billion, the VC environment has seen the overall number of deals drop to its lowest levels since 2017 and the value of those deals slump to mid-2020 levels; the peak of the pandemic and lockdowns.â

While annual fundraising reached $220 million at the end of Q3â22, on track to rank as the second highest year for fundraising ever next to 2018, VC investors were more critical with their investments, becoming increasingly cautious, placing a laser focus on profitable companies, and those with sustainable business models or market-leading innovators, such as SpaceX which closed $1.9 billion in capital.

Consumer facing companies such as e-commerce and food delivery groups are losing traction amongst investors. Rising inflation, climbing interest rates and recessionary concerns are raising questions about a potential shift in consumer buying behaviours. However, a growing energy crisis â particularly in Europe â the continued effects of the pandemic, and increased pressures on businesses means some sectors remain of high-interest to investors. Clean energy, fintech, biotech, cyber and B2B; including AI and machine learning start-ups and scale-ups, continue to be popular.

Conor Moore Head of KPMG Private Enterprise in the Americas Region & Leader, KPMG Private Enterprise Emerging Giants Network, KPMG International commented: âItâs not doom and gloom for all start-ups and scale-ups however, increased conservatism and caution from investors and an overall tighter landscape may push many to consider alternative financing sources.â

âLate-stage companies have recognized that funding priorities have shifted dramatically and that if they want to attract investment they will need to focus on their profitability story.â

Significant market volatility, ongoing geopolitical and economic turmoil â including fears of a recession â have led to a continued and significant cooling of global VC funding...

Despite all this, at the end of Q3â22, total fundraising in the Americas reached $156.2 billion, already eclipsing the previous annual high of $151.9 billion seen in 2021. While the majority of this fundraising occurred in the US, both Canada and Brazil also experienced robust fundraising compared to previous years.

Europe saw VC investment sink from $31.1 billion in Q2â22 to $18.7 billion in Q3â22 as a number of jurisdictions saw VC investment fall by 50% or more, including the UK, Israel, and Ireland. Quickly rising interest rates, sharply increasing energy costs, growing concerns about a potential recession, and the ongoing war between Russia and the Ukraine combined to make investors in the region highly cautious during the quarter. Business productivity attracted significant interest from VC investors in Europe during Q3â22, led by a $1.4 billion raise by Germany-based Celonis.

Heading Into Final Quarter Of 2022, Investor Caution Only Expected To Grow

With no end in sight to the global macroeconomic uncertainty VC investment is expected to remain subdued heading into Q4â22 as VC investors only become more cautious. While energy, business productivity, and cybersecurity will likely remain relatively hot tickets for VC investors globally, other sectors could see a major drop-off in interest, including consumer-driven sectors like rapid food and grocery delivery.

Conor Moore added: âQ4â22 will likely look a lot like this oneâwith depressed valuations, more layoffs, and more down rounds. I also think weâll start to see more exit activity. While the IPO door is shut pretty tight for the moment, there could be an upswing in M&A activity as mature companies consider alternative exit plans, companies unable to raise new funding look for potential buyers, and buyers continue to look for bargains.â

You know KPMG, you might not know KPMG Private Enterprise. Weâre dedicated to working with businesses like yours. Itâs all we do. Whether youâre an entrepreneur, a family business, or a fast-growing company, we understand whatâs important to you.

The KPMG Private Enterprise global network for Emerging Giants has extensive knowledge and experience working with the startup ecosystem. From seed to speed, weâre here throughout your journey. You gain access to KPMGâs global resources through a single point of contactâa trusted adviser to your company. Itâs a local touch with a global reach.