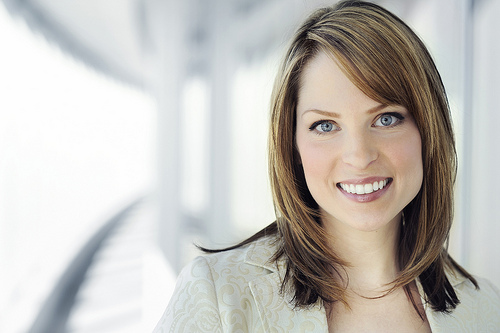 Mr. Graham is affiliated with GrahamComm, a marketing and sales consultant and business writer. He publishes a monthly eNewsletter, âNo Nonsense Marketing & Sales.â Contact him at [email protected], 617-774-9759 or johnrgraham.com

Possessing the correct skill sets for a position in todayâs economy is absolutely essential ââ but itâs not enough to be a star performer. With so much emphasis on job qualifications, itâs easy to give little thought to certain personal qualities that, when combined with outstanding competencies, result in extraordinary performance.

And itâs the star performers that are missing today. In a recent study of 600,000 people Indiana Universityâs Kelley School of business found that individual performance doesnât fall on a bell curve. Rather, the researchers found a âpower-lawâ distribution, with a few elite performers contributing the most to the productivity of an organization.

Is productivity destined to be the domain of a few or is possible that star performance can be achieved by looking beyond the right skill sets? It may take a combination of job competencies and certain personal qualities to drive top performance.

Here are seven personal qualities that can make a difference in the workplace:

A willingness to speak up
To set the record straight, blathering at the after-work watering hole and texting donât count. In other words, complaining doesnât count.

Speaking up is about expressing thoughtful ideas, offering suggestions, taking exception to things when appropriate, and coming to your own defense when you believe youâve been wronged.

More than anything else, speaking up expresses a commitment to your work and your employer. It sends the signal about something important: you think for yourself, a capability thatâs lacking in business.

In a highly competitive business environment, those who spend their working lives keeping âa low profileâ may find that their tenure is shorter than expected.

A sense of modesty
At the start of the commencement season, WSJ Global Vision columnist, Brent Stephens, offered advice to this yearâs graduates. At one point he wrote, âYour prospective employers can smell BS from miles away. And most of you donât even know how badly you stink.â

But self-puffery isnât limited to recent graduates; itâs pervasive. Just read online self-profiles and self-serving recommendations. There is the sadly mistaken notion that this is the way to do it because everyone does it. Being the exception by letting your ideas and performance speak for you may be the way to attract the attention of those who are looking to align with competent people.

People who donât fall for âmagic bulletâ answers
Itâs so easy to be prisoners of our inclinations ââ to the point of actually distorting reality. In a recent insurance publication, an agent states, âNot being on social media is like starting an insurance agency but not having a website and not showing up at meetings.â The assumption seems to be that unless such advice is heeded, an agency is headed for failure.

In fact, the same agent suggests that failing to join certain sites isnât an option. âI think that not doing something actually is not neutral . . . [itâs] a negative branding signal.â

Itâs easy for businesses, both small and large, to fall prey to âmagic bulletâ solutions. They are dangerous because they drown out rational thought and force decisions that take the focus away from reaching sound business objectives.

In a recent study of 600,000 people Indiana Universityâs Kelley School of business found that individual performance doesnât fall on a bell curve. Rather, the researchers found a âpower-lawâ distribution, with a few elite performers contributing the most to the productivity of an organization.

People who are ruthless with themselves
Self-knowledge is perhaps the most critical trait that star performers share. A young, competent event planner alienated a key partner with her aggressive, demanding approach.Â When she learned of the partner’s dissatisfaction, she sought advice on how to change and was so successful that the partner declared she had undergone a metamorphosis and was a joy to work with.

David McCullough, Jr., a teacher at Wellesley High School, was equally ruthless in his 2012 graduation remarks. With utter clarity, he stated, âYou are not special. You are not exceptional.â He went on to say, “You see, if everyone is special, then no one is. If everyone gets a trophy, trophies become meaningless. … We have of late, we Americans, to our detriment, come to love accolades more than genuine achievement.”

Achievement comes from being ruthless with ourselves.

People who possess a deep understanding of the customer
While this should be obvious by now, it isnât. Far too many of us have substantial difficulty recognizing that customers can either help or hurt a business. If you want proof, just visit any nearby store or speak with almost any âcustomer service representative.â

A customer of a neighborhood supermarket thatâs part of a large chain responded to an electronic message asking for comments about the store, indicating that there were personnel issues and problems with the freshness of the produce. When the information got back to the store manager, the produce department changed dramatically and personnel improvements were quickly evident.

Whatâs interesting is the storeâs management team had long been aware of these particular issues, but nothing happened ââ until a customer became involved. âOur neighborhood needs a supermarket where we want to shop,â said the customer to the manager. âAnd we want to help.â

People who avoid using jargon
They may not be the worst words in the world of business, but theyâll do until something else comes along. Here they are: âI thought I would reach out to you.â Whatâs wrong with âreach outâ? Itâs pompous. And the list is endless ââ bleeding edge, core competency, best practices, leverage, scalable, robust, and impact. There are many others, but you get the picture.

The problem with jargon is that the words donât have concrete meaning. Jargon is a substitute for clear thinking and communicating accurately. When you see or hear it, it should be a red flag, indicating that the person using it is incompetent.

If you insist on being part of the jargon crowd, go ahead and use it. You have permission to embarrass yourself.

People who work without earbuds
Many workplaces have gone silent, compared to the way they were even in the recent past. Theyâve become âquiet zones.â Thereâs almost no talking and the phones gather dust, thanks primarily to email and texting. And itâs not all bad, to be sure, particularly if you work in an open office environment thatâs home for most of us during the day.

But thatâs not all. There are the pervasive earbuds, which send quite a different message, consciously or unconsciously. They are the new âDo not disturbâ or âLeave me alone; Iâm in my own little worldâ signs, replacing the closed office door that sent the same messages.

We feel as if weâre invading the privacy of those wearing earbuds and we feel guilty as they yank them off, as if to say, âWhy are you disturbing me?â It seems that more and more of us want to be left alone, to be isolated from everything and everyone else, particularly when working.

Earbuds may be a way of asserting our independence or expressing disdain for what we are required to do on the job.

While much office chatter was totally trivial and wasted time, the opportunity for interaction through âconversationâ could be stimulating, an effective way to understand each other better, and a contributor to increased productivity, something thatâs suffering today.

Well-honed skills are more essential than ever. Yet, certain personal qualities are also critical for creating star performers in every job and profession.