The Psychology of Health

Those who identified as âmost optimisticâ report feeling 12.5 years younger than their actual age 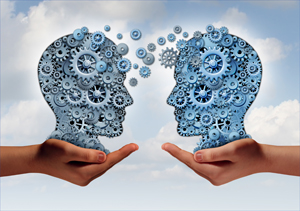 The Social Determinants of Health

âThis is the second year Humana examined seniorsâ attitudes toward aging as part of our commitment to understanding the social determinants of health,â said Dr. Yolangel Hernandez Suarez, Humana vice president and chief medical officer for care delivery. âOnce again, optimism stood out as a key factor tied to overall health and well-being. This continues to reinforce that embracing an optimistic mindset is an important aspect in the health and well-being of seniors.â

Seniors who rated themselves as most optimistic also reported positively on other attributes linked to health, including sleep, confidence and overall happiness. Compared to their least optimistic counterparts, in the last week:

âAs a Boomer myself, I know that the majority of the decisions about my own health take place outside of a doctorâs office,â said Dr. Hernandez Suarez. âWith the knowledge that optimism may be linked to health and well-being, Iâm focused on making positive health decisions through all aspects of my life. Our goal with this survey is to empower all aging Americans to approach health in the same way.â

Key findings from the survey will be discussed today at The Atlanticâs New Old Age forum in New York City, underwritten by Humana. The event will feature the foremost experts on aging in America, including Kathrine Switzer, the first female to officially run the Boston Marathon, and Dr. Stacy L. Smith, Founder and Director of The Media, Diversity and Social Change Initiative at USC Annenberg. View all the panel discussions via a livestream broadcast here.

About the Humana Quantitative Analysis

The quantitative survey includes 2,000 responses from U.S. adults aged 60 and older. Respondents represent a nationally-representative sample of older adults based on U.S. Census statistics for age, gender, geographic region, and race/ethnicity. It was conducted between August 13- 17, 2017, and was designed to assess perceptions of retirement, ageism and what motivates these people to stay healthy as they age. Other data collected include general self-assessment of health, activity levels and perception of aging in popular culture.

Humana Inc. is committed to helping our millions of medical and specialty members achieve their best health. Our successful history in care delivery and health plan administration is helping us create a new kind of integrated care with the power to improve health and well-being and lower costs. Our efforts are leading to a better quality of life for people with Medicare, families, individuals, military service personnel, and communities at large.

To accomplish that, we support physicians and other health care professionals as they work to deliver the right care in the right place for their patients, our members. Our range of clinical capabilities, resources and tools â such as in-home care, behavioral health, pharmacy services, data analytics and wellness solutions â combine to produce a simplified experience that makes health care easier to navigate and more effective.

More information regarding Humana is available to investors via the Investor Relations page of the companyâs web site at www.humana.com,