Securitization: Economic Growth Just May Hinge on its Revival

Getting through credit roadblocks 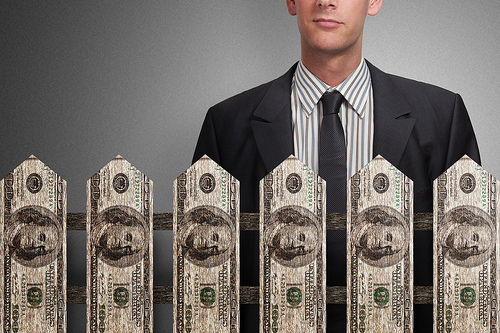 
Securitization allows packaging varieties and types of credit that don’t fit investors’ profiles in the form of whole loans and tailors them to fit investors with different risk/return profiles. Without securitization, lenders and originators will not be able to extend credit to many legitimate borrowers because of inadequate levels of capital, causing a significant reduction in potential economic activity.

As a result, policymakers and regulators all around the world have acknowledged the need for securitization to various degrees. There are many elements needed for securitization to succeed: origination, warehousing, hedging, structuring, rating, placement, servicing and ongoing credit assessment, valuation, risk management and reporting.

However, securitization, combined with leverage through derivatives, had been blamed as one of the key causes of the credit crisis and the great recession, and the securitization industry has been struggling to revive in critical areas such as U.S. private-label mortgages ever since. In recognition of its importance, regulators have introduced and started to enforce new regulations, including Regulation AB II, to reform the securitization industry and gain back investors’ confidence.

Securitization experts and market participants from all around the world are gathering in Las Vegas at the Structured Finance Industry Group's (SFIG) annual ABS West conference to assess the state of the market and the intended and unintended impact of the new regulations. The attendance will be over 6,000 this year, with delegates coming from a vast number of fields. These include institutional investors, securitization issuers, structurers, investment bankers, loan originators, due diligence service providers, transactions lawyers, litigators, servicing specialists, data providers and analytics purveyors.

Also, representatives from government and regulatory authorities, including the Securities and Exchange Commission, Federal Reserve, Office of the Comptroller of the Currency, Federal Deposit Insurance Corporation and the Consumer Financial Protection Bureau, have increased their involvement and are contributing to the discussions at ABS Vegas this year. International support for securitization is growing.

However, securitization, combined with leverage through derivatives, had been blamed as one of the key causes of the credit crisis and the great recession

For example, the China Securitization Forum (CSF) has sent a delegation to ABS Vegas 2015. With the support of the government of the People’s Republic of China for the use of ABS as a form of financing the economy and of the significant potential for growth of that market, SFIG created its Chinese Market Committee in early 2014 in a strategic partnership with the CSF.

Community Banks & Munis: The year of knowing what you own

Barely a month and a half into 2015, investors are already being treated to some rather significant market volatility courtesy of the energy market. Just when the U.S. economy is about to settle into a more stable growth mode, the trouble in the oil patch is threatening to derail the nascent recovery.

While lower costs at the pump should have a stimulative effect on consumer-oriented sectors of the economy, the swift and dramatic retrenchment in oil-related capital spending and employment may have a larger negative economic impact on select local communities. While the corporate bond market has reacted dramatically, and arguably overreacted in some cases, to the plight of many E&P issuers, the municipal bond market appears to have taken it all in stride, at least for the time being.

While several oil-producing states (Texas, Oklahoma, Alaska and North Dakota in particular) will experience sharp budget pain as the result of lower oil prices, the common market wisdom is that a repeat of the oil-induced debacle of the 1980s will be unlikely. This time around, we expect much of the fiscal pressure from lower energy prices to be felt at the local level.

And this could pop up in surprising places: just two weeks ago, Kern County, Calif., without much warning, declared a fiscal emergency, anticipating a shortfall because oil companies account for one third of the county's property tax revenues. As you may recall, the last oil bust created one of the first large-scale municipal credit debacles in the country, as unemployed oil workers in Texas literally walked away from their homes, leading to massive defaults in local single-family housing loan portfolios.

Most of those housing bonds were issued by local government agencies and many were held by local banks. In the new Dodd-Frank era, community banks and other mid-market institutional investors are required by the Office of the Comptroller of the Currency to accurately assess the credit and liquidity risk they have on the books–without relying on agency ratings. If you are also among the rising number of local community bankers who have discovered how lucrative it can be to lend directly to local governmental entities, it might be time to go over your muni loan portfolio more closely and figure out exactly where your risk is before your bank examiner comes around.

As community bankers gather this week in Boca Raton, Fla., for their annual American Bankers Association conference, the topic of muni risk management may not be high on their list of concerns. We at NewOak believe that it should be, as 2015 may truly turn out to be “the year of knowing what you own”.