In Search of the Ideal Investor 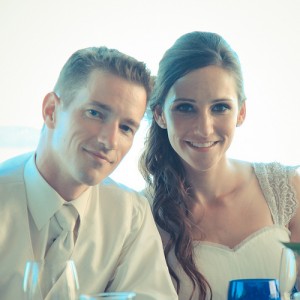 May 21, 2014 09:00 AM Eastern Daylight Time
STANFORD, Calif.–(BUSINESS WIRE)–Companies that want to maximize their market value would do well to pay attention to shareholder composition, shows a study just out from Stanfordâs Rock Center for Corporate Governance and the National Investor Relations Institute (NIRI).

The study found that nearly all companies describe their ideal shareholder as having a long-term investment horizon, but that about half of companiesâ shareholder base has a short- or medium-term horizon. As a result, the authors find, most companies see significant upside to managing their shareholder base, and senior leaders spend considerable time meeting with current and prospective investors.

âMore than three-quarters of companies in our survey see significant stock market benefits from managing their shareholder base,â says Anne Beyer, associate professor of accounting at Stanford Graduate School of Business (GSB) and coauthor of the study. âCompanies believe that if they can identify and attract the right shareholder base, they will be able to increase the price of their stock and decrease its volatility.â

In fact, the survey of 138 investor relations professionals at North American companies shows that 80% of companies believe their stock price would trade higher over a two- to three-year period if they could attract their ideal shareholder base. On average, companies estimate their stock would rise 15% and share price volatility would decrease 20%.

According to Beyer, these expected stock-market effects seem to be driven by companiesâ beliefs that a more suitable shareholder base would allow management to implement the companyâs strategy more effectively, put less pressure on management to focus on short-term results, and provide higher quality feedback on managementâs decisions. Three quarters of companies (76%) agree or strongly agree with at least one of these three factors as being a benefit of attracting their ideal shareholder base.

âCompanies want long-term shareholders in particular because it allows them to implement their corporate strategy and make long-term investments without the distraction and short-term performance pressures that come from active traders,â says David F. Larcker, Beyerâs coauthor and James Irvin Miller Professor of Accounting at Stanford GSB and senior faculty member at the Stanford Rock Center for Corporate Governance.

Exactly who are desirable investors? According to the survey, they consist of top management and corporate directors, pension funds, and employees. Meanwhile, undesirable investors include hedge funds, which hold approximately 8% of the shares of the companies surveyed. Thatâs a number the companies would like to see decreased by 60%, because they view hedge funds as oriented toward short-term returns. Not surprisingly, most companies agree or strongly agree that desirable shareholders are not activists (87%).

âCompanies see very large, tangible benefits to managing their shareholder base, so there seems to be a real opportunity for some companies to improve corporate decisions and increase their value by paying close attention to who holds their shares,â says Beyer.

The study showed that almost all companies (91%) discuss the composition of their shareholder base at the senior executive level. A large majority (75%) discusses this at the board level. On average, the CEO spends 4.2 days per quarter managing the companyâs shareholder base. As might be expected, the CFO spends even more time â 6.4 days on average.

âThe amount of time senior leaders spend on developing their companyâs shareholder base shows a real recognition of the importance of shareholder characteristics for a companyâs performance,â says Larcker.

When it comes to actively managing their shareholder base, companies most frequently rely on investor conferences, road shows, and meetings of current and potential shareholders with top management or members of the board. About three-quarters of the companies use these tools at least on a quarterly basis. Significantly, fewer companies actively approach potential shareholders, with more than 40% of companies pursuing this strategy less than twice a year.

For complete study results, the â2014 Study on How Investment Horizon and Expectations of Shareholder Base Impact Corporate Decision-Makingâ is available online at: http://www.gsb.stanford.edu/cldr/research/surveys/investment-horizon.html.