To Leave or Not to Leave? That is the Question 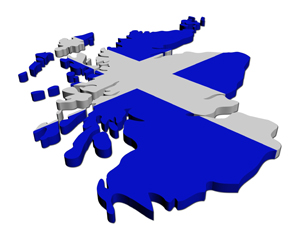 September 16, 2014 7:39am EST – CHICAGO–(BUSINESS WIRE)–In this week’s edition of Themes on Global Markets, Mesirow Financialâs Chief International Economist takes a close look at how a vote in Scotland this week could upset major industries in Britain, including oil & gas, financial services and health care. Itâs a binding referendum that would require negotiations to parcel out shares of valuable assets and, less popularly, liabilities such as the existing national debt. As Adolfo Laurenti explains, leaders of this push for independence are calling for a U-turn in economic philosophy. âThe vote for independence is not just a matter of devolution but a wholesale rejection of the market-oriented policies that London has pursued since the days of former Prime Minister Margaret Thatcher.â

Will promises be broken?

Look for election promises to being broken if the âyesâ for independence party wins. The promise that a Scotland outside the UK could keep the British pound: The Bank of England Governor has said that would require Scotland to build up billions in reserves, which could divert funds away from expanding social programs. The promise to retain trade benefits of European Union membership: Not so fast; the European Commission President is on record saying that EU treaties would no longer apply to a newly independent state. Laurenti concludes that, âAs tough as divorce always is, it may be insurmountably so for a union that has lasted since 1707.â

As tough as divorce always is, it may be insurmountably so for a union that has lasted since 1707

Read the entire white paper, Scotland’s Hamlet moment: To leave or not leave… that is the question, here.