When “Nigeria” comes calling, will you know you’re being taken? 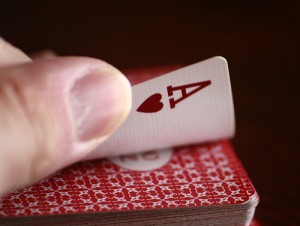 Editor’s Note: I received the article below from a close associate, John David, president of the The David PR Group, a Miami based firm that specializes in the insurance market. His story is a cautionary tale about the insidious nature of one of today’s popular confidence games, manifested in ubiquitous e-mails coming from disgruntled aides of fallen Nigerian princes, or the faithful lieutenants of deceased presidents from obscure principalities. The story is always the same: these intermediaries have been left with the keys to the vault and must engage a confidante toÂ help them extract the riches. What ensues is a carefully choreographed exchange designed to establish trust, fueled by greed, to culminate in an ultimate exchange. But rest assured, the only thing of real value being exchanged will come from your bank account.

The techniques being employed, while certainly polished, are absolutely nothing new. Just recall the movie The Sting, for example, which illustrated the very basic confidence maneuver: choose the mark, tell the tale, set the hook and make the switch. The problem is, the stories are often so compelling that you actually go in, even suspecting a scam, and become transfixed by the possibilities. I know, because I’ve tried it, attempting to sneak past the guard as it were, to learn how they work. I have not been successful, and I contend that these confidence-men can tell the type of mark that is responding, and very carefully vet their prey.

In any case, I offer John’s account for your consideration:

Last week, my firm was offered an opportunity to pitch a terrific piece of new business.Â  An international oil company will soon announce a major public private partnership to build a huge energy facility in Florida â creating thousands of new jobs, lowering gas prices statewide and offering my company an A-List client for years to come.

Too bad it was all fake.
I was hit with a variation of an old scam â ancient actually â but with modern, current updates that sounded legitimate enough to make me stop and take notice.

It started with a phone call from a man who said he worked for the Abu Dhabi National Oil Company, based in Venezuela.Â  Following the recent death of Hugo Chavez, he said the Venezuelan government wanted to show things were âbusiness as usualâ and was trying to fast-track a project in Florida to build an energy facility.Â  He said it would be a public-private partnership among his company, Venezuela and Florida and that they wanted to announce the project in Miami at the end of June.Â  Time was short, and making matters worse for him, his wife was in the hospital, preparing to have his first child.Â  He asked if my firm had the capabilities to handle this project and more importantly, if I had any problems representing a project affiliated with Venezuela.

I fell for it â almost.Â  Seeing dollar signs, I focused on the controversial aspect of the proposal first.Â  Would I, a PR guy with a firm in Miami, be willing to represent an endeavor associated with socialist Venezuelans?Â  How would this play with my clients and friends with ties to Latin America and the Caribbean?

I called my politically savvy brother and ran the Venezuela issue by him.Â  He said I needed to be careful but that it shouldnât stop me from taking the next step.Â  After repeating the proposal to him, I also realized the whole thing could be a complete scam.

Later that day, I called a couple contacts of mine to see if they would be interested in helping me if I landed the business.Â  I made sure to tell them that it was very preliminary, and âyou never know, I may be getting punked.â

It started with a phone call from a man who said he worked for the Abu Dhabi National Oil Company, based in Venezuela. Following the recent death of Hugo Chavez, he said the Venezuelan government wanted to show things were âbusiness as usualâ

The next day, I called the guy back, and he gave me more details regarding the deal: Quasi-governmental project with approval of the governorâs office, subcontracting with a major international oil company, big event with heads of state in Miami and a requirement of confidentiality and top-flight security.Â  I asked him if he was talking to other PR firms and he mentioned Edelman, which is indeed a very large international firm.

Then things got weird.Â  In order to start the engagement, I would need to fly to Venezuela and sign a non-disclosure agreement within the next few days.Â  The agreement had to be signed by me and in-person. [Sounded odd.]Â  After we both signed the agreement, I would have to get it notarized at the U.S. Embassy in Caracas.Â  I would then bring the agreement back to the U.S. and meet with the governorâs office.

Where would we meet and how would I get there, I asked?Â  He suggested either the Marriott or Ritz Carlton in Caracas.Â  I could fly there first class.Â  He would wire me the money.Â  [Sound of squealing brakes.]

Thereâs more to the story, but you can see where itâs going.

I shared the details with a close friend who, coincidentally, collects copies of Nigerian letter e-mail scams.Â  We pondered stringing-along our scam artist, but I chose to just run away quickly.

As l recounted the story, I felt a bit embarrassed.Â  I almost fell for a scam as old as the hills; but this wasnât a wealthy Nigerian prince sending me an anonymous e-mail.Â  It was similar but also a bit different.

Hereâs what I should have noticed immediately and what others should look for.

Delivery method can be anything, but message is the same

We are all familiar with the e-mail scam, but this one came as a phone call.Â  The key is the message is always the same â seemingly easy money.Â  In my case, if I was willing to act fast, I would have a lucrative contract without a complicated and exhaustive bid process.

The whole point of the elaborate story was to get me to forget about the risks of offering up my bank information.Â  The scam artist got me to worry about the Venezuela issue, which diverted my attention from other warning signs.

Doesnât it make sense that the Venezuelan government would want to show things are business as usual after Chavezâs death?Â  The fraudster said he was affiliated with a large, international company and knew just enough about organizing a large media event to keep me hooked.

The scammer works to develop a sense of urgency.Â  If the victim is focused on acting quickly, then he will cut corners and make a mistake.Â  The Nigerian princeâs life is in danger.Â  Save him fast and you will be richly rewarded.Â  In my case, act quickly and get the prized contract.

When we published this article, I happened to receive the e-mail posted below, which presents a local variation of the same basic confidence ploy: a plausible tale that identifies available money, followed by an enticing hook, where someone wants to share it with YOU:

This is a personal email directed to you. My wife and I won a Jackpot Lottery
of $11.3 Million in July and have voluntarily
decided to donate the sum of $1,000,000.00 USD to you as part of our own
charity project to improve the lot of 10 lucky
individuals all over the world.

If you have received this email then you are one of the lucky recipients and
all you have to do is get back to us so that
we can send your details to the payout bank. Please contact me via this E-mail
( [email protected] )

You can verify this by visiting the web pages below.
http://gimundo.com/news/article/lottery-winners-allen-and-violet-large-give-11-million-fortune-to-charity