Waiver of premium rider allows for focus on healing 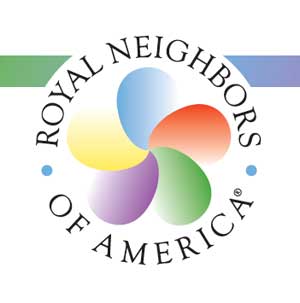 (Mesa, AZ) Royal Neighbors of America, one of the nationâs largest women-led life insurers, has once again taken a stand to support women.

In 2015, the 120-year-old organization made headlines when it launched the initial stage of a patent-pending process including a Cancer Waiver rider designed to help in the event of a diagnosis of cervical, ovarian, or breast cancer at Stage II or higher.

This rider waives the insurance premiums or monthly deductions for the coverage to which the rider attaches for two years following the diagnosis. It was only available on Whole Life insurance.

âWhen a woman undergoes cancer treatment her focus should be on getting well,â said Cynthia Tidwell, President/CEO of Royal Neighbors. âWith this new coverage, we can provide women that extra support when they need it most.â

As a life insurer focused on the welfare of its membership, throughout the years Royal Neighbors has played a role in the fight against cancer. From limiting cigarette-smoking in its buildings beginning in the 1900s, to cautioning women about cancer in an article in the July 1920 issue of The Royal Neighbor magazine, Royal Neighbors has been a leader in member advocacy and life insurance protection.

Royal Neighbors of America, one of the nationâs largest women-led insurers, empowers women to meet the needs of their families with annuities and life insurance products such as whole life, simplified issue, and universal life.

Royal Neighbors was founded in 1895 and is headquartered in Rock Island, IL, with a branch office in Mesa, AZ. For more information, visit www.royalneighbors.org or call (800) 627-4762.