The Role Of Diverse Perspective In Corporate Decision Making

As always, wisdom is the product of experience 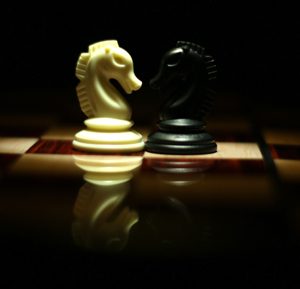 /PRNewswire/ — No two people see things the same way. This universal trait is not a matter of bias or lack of intellect; it is a fundamental glitch in human perception. The manner in which we perceive and interpret the world around us differs from person to person. Every individual processes data through a personalized filter â one that is comprised of previous experiences, current lifestyle, and a bevy of fears, wants, needs and desires. Additionally, conflicting interpretations of an event are often caused by one’s vantage point, whether it is physical or societal.

Your Vantage Determining Your Reality

For example: two people are on a sailboat for the first time and have been lost at sea for weeks. Provisions are running low and no help is on the way. The vessel and its passengers are at the mercy of the elements. One passenger is on the deck of the boat, overcome by despair. The second passenger is higher up, in the crow’s nest, and is elated because land is in sight.

Both passengers are on the same boat in the same situation, but one is ready to throw in the towel and the other is looking forward to room service and a good night’s sleep in a big, soft bed. This disparity seems simple to resolve. The passenger in the crow’s nest merely calls out to his boat mate and conveys that land is in sight. The passenger on the deck breathes a sigh of relief and is now equally elated.

In this case, the passenger in the crow’s nest yells, “Land ho!” but his crew mate on the deck doubts the validity of the information and the credibility of the source. He refuses to believe land is nearby and clings to his assessment of the situation until he can actually step foot onto the shore. In order to change his belief that all is lost he must abandon the perceived safety of the deck and climb up into the crow’s nest, affording him the same vantage point as his boat mate. Since he is paralyzed with fear he refuses to do so, and the two men on the boat remain at odds.

This difference of opinion could have been easily resolved if there was a third passenger on the boat, possibly an experienced seaman who had been blown off course a few times and lived to tell the tale. This third passenger could convey his previous experience to both men and also climb into the crow’s nest and verify that land is indeed just a few miles away. Since there are just two men on the boat, the two passengers see two different things. This does not mean one of them is right and the other is wrong:

For the most part, when a first-time Pubco CEO is advised to “expect the unexpected,” the message is misunderstood, misinterpreted or completely lost. This is not their fault. Expecting a newcomer, in any field of endeavor, to exercise wisdom is not plausible. Their “vantage point” is the deck of the boat, so to speak.

Wisdom Is The Product Of Experience

Wisdom is the product of experience. Since newcomers, by definition, do not possess experience it is imperative that up-and-coming CEO’s surround themselves with a carefully selected, diverse group of advisers who have been down different paths many times. The advisers should hail from the deck of the boat, the crow’s nest and some should have experience assessing situations from both vantage points.

The technical definition of board of directors is expansive, but one particular aspect of it is particularly pertinent. The board of directors is responsible for governing the organization by establishing broad policies and strategic objectives. The board of directors has fiduciary obligations in the performance of their duties. To avoid the dilemma of the two men lost at sea, it is important that board members possess diverse backgrounds but all must share one common trait: experience with publicly traded companies. If properly vetted, this decision-making collective can generate and execute a strategic action plan in response to virtually any eventuality.

The Fed has enacted a slew of emergency initiatives including rate cuts, lending programs and credit facilities that are giving investors reassurance the Central Bank will step in to save the financial system if needed...

The COVID-19 pandemic and current civil unrest are two relevant examples. Neither of these events could be anticipated, and the fact that they are in play simultaneously is even more profound. However, this twofer is happening. Corporations, the public markets, and the economy can either flourish or perish depending on how well collective decision making occurs.

Not surprisingly, given the performance history of the domestic indexes, the recent protests have had no impact on the public markets. According to a recent Forbes article by Sergei Klebnikov, “stocks have continued to rallyâshowing a sharp disconnect between markets and the economyâas investors look past the civic unrest and bet on a successful economic reopening from coronavirus shutdowns.”

A crucial factor lifting stocks in 2020 is the unprecedented intervention of the Federal Reserve to support the economy: The Central Bank has injected nearly $3 trillion into financial markets since the end of February. The Fed has enacted a slew of emergency initiatives including rate cuts, lending programs and credit facilities that are giving investors reassurance the Central Bank will step in to save the financial system if needed.

For months people have been, to one extent or another, quarantined, homeschooling their children, subjected to curfews and barraged with conflicting information about a potentially lethal virus. Then, the very moment everyone begins a slow segue back into normalcy, luxury stores like Chanel, Apple, Rolex and Gucci are looted during a wave of civil unrest.

Even Beverly Hills and midtown Manhattan experienced turmoil. It’s reasonable to say that things have gone sideways. More than 150 major companies from Abercrombie & Fitch to Walmart have been blindsided with a one-two punch. Instead of being knocked to the canvas unconscious, the public markets got a bloody nose and never broke stride.

Klebnikov keenly attributes this economic tenacity to federal intervention. He is correct in his assessment, but there is another key contributing factor to the public markets’ resiliency. Big-name Pubcos have highly sophisticated boards of directors, the members of which possess a tremendous amount of collective business experience.

When it’s “go time,” hard decisions can be made quickly. To halt the spread of COVID, 90 major US retailers temporarily closed bricks-and-mortar locations. The majority of these companies shifted their emphasis onto online sales platforms.

Target and Home Depot have adjusted their hours of operation as a preemptive measure to ensure the safety of their employees should future protests become violent. This was most definitely not an easy decision to make, but it was a logical one. The examples of rock-solid corporate decision making while under fire are too numerous to mention. What can be said is that board members and other key corporate advisers have combined their conflicting opinions, varying vantage points and collective experiences to execute many effective and tactically balanced responses.

Ultimately, sound decision making on a corporate level requires input from experts with a variety of opinions. It is imperative that these experts do not unilaterally agree from inception. In order to efficiently respond to one or more unexpected emergencies, people must first disagree, evaluate and reevaluate all available data, commit to an action plan and then implement it decisively; there is no place for half-measures. After the fact, the effectiveness of the response must be analyzed and then revised if necessary.