The Robo Effect On Investor Portfolios & The Competitive Landscape 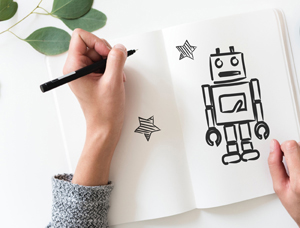 This research analyzes fintech solution awareness and ownership by age, generation, wealth groups and lifestages. The report examines conversion from awareness into trial and identifies the fastest growing offerings. Hearts & Wallets defines robo-advisors as investment solutions, specifically âautomated portfolios that use technology to build, monitor and automatically rebalance investments, and often offer access to an investment professional.âÂ Â This definition permits a more sophisticated understanding of competitive dynamics with respect to service level, and depth and breadth of advice.

The competitive analysis of 18 robos and fintech offerings compares awareness and trial of new entrants with new offerings from established firms, drawing on the Hearts & Wallets Investor Quantitative™ Database with over 100 million data points on consumer buying patterns and 5,920 U.S. households in the 2020 survey wave.

Hearts & Wallets has tracked new entrants since 2015 and in 2020 added coverage of new offerings of established firms. New entrants include fintech offerings, such as Robinhood, Mint and Acorns, as well as robos, such as Betterment and Wealthfront, among others. New offerings from established firms include Charles Schwab Intelligent Portfolios (NYSE: SCHW) and Vanguard Personal Advisor Services, among others.

U.S. households who have some money in robos increased to nearly 12 million in 2020, up from 10 million households in 2019.[1]Â Robo owners tend to be heavier user of managed products than non-owners, with 47% of robo-owner portfolios allocated to managed products vs. 25% for non-owner portfolios. Robo ownership is associated with more moderate equity allocations across their entire portfolios vs. non-owners who exhibit extremes of low or high allocations. Robo owners with less than $100,000 in assets own more investment product types than non-owners. In upper-asset groups, robos appear to be displacing mutual funds. Robo ownership is also associated with more balanced portfolios among consumers with less than $100,000.

âRobos can engage lower-asset households in better portfolio behavior,â Laura Varas, CEO and founder of Hearts & Wallets said. âThe first step is for all consumers to know which investment products they own. For those who do, the robo-investment product appears to have a positive impact on making portfolios more diversified than mutual funds and more accessible than managed products.â

The robo-investment product appears to have a positive impact on making portfolios more diversified than mutual funds and more accessible than managed products...

âRobos tailored to fit the needs of pre-retirees could fill an important niche within the marketplace,â John Towle, Chief Client Officer, said. âAdvice could include tax optimization across account registrations and other later life considerations, drawing upon an understanding of advice offerings within the Hearts & Wallets Inside AdviceÂ®Â Grid.â

New entrants are winning in awareness among younger consumers. Robinhood is the best-known new entrant over time, having awareness with nearly half (45%) of Gen Z and 37% of Millennials, New offerings from established firms are top of mind for older and wealthier consumers. Among older consumers, Baby Boomers and beyond, top robo/fintech firms for awareness are TD Ameritrade Essential Portfolios, Vanguard Personal Advisor Services, Charles Schwab Intelligent Portfolios and E*TRADE Core Portfolios.

Vanguard Personal Advisor Services is the best-known new offering among households with $1M+ in assets. The highest awareness achieved by firms of their proprietary new offerings among their own customers is 50% to 40%, which includes customers of E*TRADE, Charles Schwab,Â Merrill EdgeÂ andÂ Merrill LynchÂ (NYSE: BAC), Vanguard andÂ Morgan Stanley(NYSE: MS).

Smaller new entrants canât compete on national awareness with bigger new offerings, but they do achieve high interest/trial among consumers who are aware of them.Â Facet Wealth,Â M1,Â Ellevest,Â Zachs Advantage,Â Personal Capital,Â SmartAsset,Â WealthsimpleÂ andÂ blooomÂ lead when interest[2]Â and trial are netted. Facet Wealth has only 1% awareness among all U.S. household, but for households who are aware of Facet Wealth, the firm has 55% interest with 33% engaging in a trial that involved money (NET). Smaller new entrants that saw monied trial in the 20% range were Zachs Advantage, M1, blooom and Ellevest, and those same firms getting customers to pay for premium service.

[1] This number includes the number of households who know they have some money in robo-advisors/automated portfolios. Only two thirds of U.S. retail households know the investment products they own.