The Rise Of Values Investing

Americans prioritize putting others first, including the environment and sustainability and family and friends 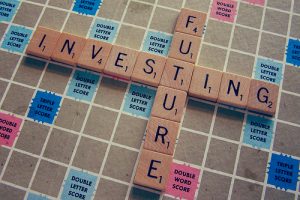 WESTLAKE, Texas–(BUSINESS WIRE)–Almost three-quarters of Americans (73%) say their personal values guide how they make life decisions more today than they did two years ago, and nearly an equal number (69%) say that supporting causes they care most about are a top consideration when it comes to their financial decisions, according to Schwabâs sixth annual Modern Wealth Survey.

When asked which personal values are their biggest motivators, Americans prioritize doing whatâs best for others, including the environment and the greater good as well as their family and friends, followed by saving more and reducing unnecessary spending. These values drive how Americans spend and invest their money and also impact how they think about employment.

âItâs a longer-term trend, but especially after the events of the past two years, Americans are thinking a lot about how their spending, saving and investing align with their personal situations and preferences, including the issues and causes they care most about,â said Jonathan Craig, Managing Director, Head of Investor Services & Marketing at Charles Schwab. âFinancial services institutions need to help people invest in line with their passions, preferences and beliefs, while recognizing that those will differ by individual.â

More than eight in 10 Americans (82%) agree that their personal values play an important role in how they manage their finances, adding to the long list of factors Americans weigh when making purchases. Personal values rank third on this list, just after price and product features, with almost eight in 10 Americans (79%) saying they try to use their purchasing power to support brands that are aligned with their beliefs.

Looking ahead, seven in 10 Americans say they are likely to change their lifestyles in the next 12 months to have a more positive impact on the world. More than half say they intend to shop local (58%), reduce their use of plastic bags (55%) and resell or donate clothing (54%).

Americans are also prioritizing their values when investing, according to Schwabâs survey. Almost three quarters of American investors (73%) agree that their values guide their investment choices and most (69%) say they invest in companies that align with their personal values. When looking at the factors that influence investing decisions, a companyâs reputation (91%) and its corporate values (81%) are almost as important as more traditional factors like a companyâs performance (96%) and its stock price (93%). As personal beliefs and interests become more important, many investors (84%) are also interested in having a more personalized investment portfolio.

While making values-based decisions is growing in popularity across all generations, it is even more pronounced among younger Americans, particularly Generation Z:

Prioritizing Values in the Workplace

This values-centered mindset extends to how Americans think about employment. Nearly nine in 10 American workers say that it is important for them to feel fulfilled by their work (89%) and to have colleagues who respect their personal values (85%). More than eight in 10 (84%) say that their values guide how they manage their career with almost two-thirds (63%) saying they chose their current employer based on its values.

As many as 59% of those surveyed say they would accept a lower salary to work for a company that better represents their personal values or interests. Whatâs more, nearly half of American workers (43%) are interested in changing employers over the next 12 months, with Gen Z even more likely to make a move (65%).

As Americans reflect on what money means to them personally, Schwabâs survey shows that âfreedomâ (42%) tops the list, followed by âflexibilityâ (23%) and âopportunityâ (18%).

Americans also raised the bar again for what it takes to be âwealthyâ and feel âfinancially comfortableâ in 2022:

âInvesting and planning tools that help people personalize how they invest have never been more accessible,â said Rob Williams, CFPÂ®, Managing Director of Financial Planning and Wealth Management at Charles Schwab. âIn a recent survey of Schwab clients, nearly a quarter say theyâre already aligning their investments with values and causes that are important to them, while another 20 percent say theyâre interested in making the shift. With this trend growing, weâre helping more clients meet their evolving needs every day.â

About the Modern Wealth Survey

The online survey was conducted by Logica Research from February 8, 2022 to February 27, 2022, among a national sample of 1,000 Americans aged 21 to 75. Quotas were set to balance the national sample on key demographic variables. Detailed results can be found here.

This data is collected by Schwab quarterly via an online survey of clients with retail assets of at least $2,000. There is oversampling to achieve adequate sample sizes for sub-group analysis, and then application of a weighting scheme to create a total respondent population that is representative of Schwabâs client base. Q1 study was fielded at the beginning of the quarter: January 5-16, 2022. Detailed results can be found here.