Hindsight can paint many different pictures 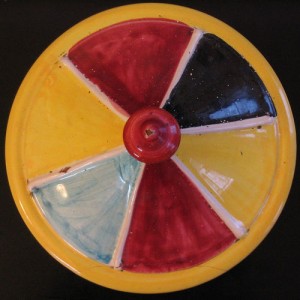 Let’s take a look at those few months and examine an investment strategy that thrives on cyclical (even short term “mini” cycle) change.

Why would an experienced investor choose to look back at short term numbers? What can we learn, without falling into the abyss of speculation that dominates daily market explanation, prediction, and analysis?

What impact do these numbers have on actual and soon-to-be retirees?

Personally, I use “mini cycle” numbers to confirm and to fine tune the process I’ve used for decades to manage private investment portfolios… harvesting profits when they are ripe and sowing the “pro-seeds” only in high quality securities that have fallen from market value grace.

Occasionally, short term market behavior provides striking evidence that this long term, market cycle based, process is not quite the dinosaur Modern Portfolio Theorists would say it is. Market Cycle Investment Management (MCIM) is much too simple and straight forward for investment scientists, but

… oh does it produce working capital and realized income growth for investors.

In spite of the recent “after party” atmosphere, the long-term numbers just aren’t that impressive. In nine years:

Volatility is the “genome” of most marketable securities… it has always been there, and always will. Price change is a fact of investment life, a good thing, an understandable thing, a given that even MPT worshipers must learn to expect, not to fear.

Market volatility needs to be embraced, not fixed, smoothed, dealt with, or feared… except by speculators.

And the solution to this non-problem is simple, logical, and easy to implement in a risk minimized fashion… so long as the basic principles of investing are followed.

The QDI, cost based asset allocation, and targeted profit-taking are the five principles I have in mind.

On February 11th, the S & P struck an intraday low of 1810, 15% below its most recent ATH, and a level not visited in two years. Early on, the pummeling of energy and utility companies was the correction catalyst, with nearly 40% of all “IGVSI Bargain Stocks” in these two sectors alone. Did you buy or sell?

Early on, the pummeling of energy and utility companies was the correction catalyst, with nearly 40% of all "IGVSI Bargain Stocks" in these two sectors alone. Did you buy or sell?

Yes, other energy sector companies were still down more than 20%, BUT, they had recouped enough of their prior losses to no longer qualify as bargains.

So what analytical good are these market environment numbers without the corresponding set of transaction statistics that report on management action during the fray?

The first group of figures (unaudited, but supportable) speak to the period from 5/22/2015 through 2/11/16… i.e., “peak to trough”, once a standard form of performance analysis

Keep in mind that MCIMers buy only S & P’s highest ranked dividend paying equities when they move down 20% or more from 52-week highs, and sell them as soon as target profits are realized… so, while market values crumbled,

So, looking closely at the recent past, and the “mini market cycle” that by 3/21/16 was less than 100 S & P “ticks” from becoming reality, MCIMers should be feeling pretty good about their process.

Hindsight, when used to test an action model (as opposed to a theory), can be productive… without ever a coulda’, woulda’, or shoulda’. The wisdom of targeted (short term, even) profit taking is clear:

Hindsight shows clearly that trading is not a four letter word. The increased working capital produced by capital gains and income from every security owned provides permanent gains in productive capital, while total return and market value numbers are always illusory…

Hindsight underscores the usefulness of growing portfolio income that can be used to take advantage of new opportunities, and the warm and fuzzy feeling one gets from owning only those risk minimizing securities that are ranked highest in fundamental quality.

And perhaps most useful, short-term hindsight reminds all retirees invested in mutual funds and ETFs that nine of their last ten monthly payments were taken totally (instead of just partially) from invested principal.

NOTE: None of the numbers and percentages in this article are audited or reviewed; the data used is available for onsite examination.

On February 12th, someone hit the “RESET” button, and by March 21st, only 9 IGVSI companies were “Bargain Stock List” worthy, down an average of 27%, and not an energy sector stock in the mix.

Today, March 25th, the S & P remains less than 100 ticks from a new all time high (i.e., 10 months negative)… and no one knows when or if a new high will be established. But what has the investment process you use accomplished during the 38 days between the most recent market low and the ten month anniversary of the mini-market cycle?

Has it been additional catch up while you claw your way back to May 2015 levels, or did you participate in working capital, portfolio building, income enhancing transactions?

Hindsight can paint many different pictures… the MCIM user picture is the one without the couldas, wouldas, and shouldas.