The challenges and silver linings of post-covid planning 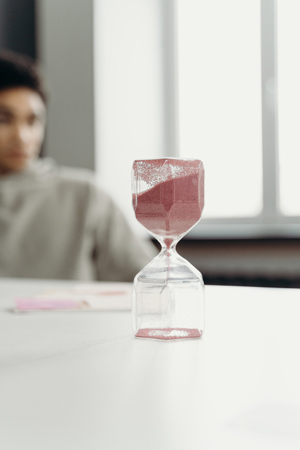 With the Covid-19 experience disrupting every aspect of American life, it comes as little surprise that it also had a profound impact on retirement. But to what extent?

Millions of Americans reduced their contributions to their retirement plans, and even more said the pandemic altered the timing of their retirement. That was to be expected. What was not expected were some of the silver linings. A large majority of Americans credited the pandemic with helping them refocus on what is important in life, and retirees, even in the face of threats to their health, demonstrated greater resilience and optimism than Americans as a whole.

Those were some of the key finding of our latest study, âThe Four Pillars of Retirement: What A Difference a Year Makes.ââ The study, conducted by Edward Jones and Age Wave, explored the four pillars of living well in retirement â health, family, purpose and finances. A follow-up to a landmark study done in 2020, this report reinforced the same central message: that retirement is about much more than money. That has always been true, but Covid made the importance of those non-financial elements. Financial advisors who want to help clients get the most out of their retirement need to engage them in meaningful conversations about everything that goes into creating a fulfilling life.

The study turned up a long list of interesting, and sometimes surprising, findings, and among those worth highlighting in more detail are:

Retirees are an upbeat lot. Despite the disproportionate health risk they faced from the virus, retirees remain optimistic. A majority (61%) said the pandemic gave them more appreciation for what makes life meaningful. That compared with 46% for all other Americans. Over half of retirees (53%) say they now have greater empathy and passion for people who are struggling in ways they are not. Retirees report much higher levels of happiness than non-retired Americans, as they feel greater freedom from responsibilities and stresses and freedom to pursue their own interests.

Purpose is essential. Nearly all-retirees (92%) agree that purpose is key to a successful retirement. Research has shown that having a sense of purpose can reduce the risk of a variety of physical and mental ailments. Many retirees derive their sense of purpose from family and friends, with 67% of retirees saying spending time with loved ones provides them with the greatest source of meaning, purpose and fulfillment. The benefit of family ties spilled over into finances as one in three adult Americans, 85 million people, loaned or gave money to a family member or friend who was affected by the pandemic.

Feeling useful in retirement also contributes to a sense of purpose. Nearly 90% of retirees say there should be more ways for them to put their talents and knowledge to use for the benefit of their communities and society. While many would like to do more volunteer and pro-bono work, they also say they need guidance connecting with the right opportunities. Clearly retirees are a massive untapped force for social good.

The cost of healthcare is a major concern. Back in May 2020, when Americans were dealing with the economic fallout from the pandemic, we asked retirees to name their biggest financial worry. To our surprise, it was not recession or outliving their savings: it was the cost of healthcare and long-term care. In 2021 we received the same answer. Pre-retirees, those 50 and over planning to retire, were even more worried about healthcare expenses than retirees. Those concerns are warranted. To cover out-of-pocket healthcare expenses through retirement, the average couple needs to save $300,000 by age 65. An additional $156,000 should be set aside for the cost of long-term care. Many Americans are unaware of and unprepared for these expenses.

Retirees are an upbeat lot. Despite the disproportionate health risk they faced from the virus, retirees remain optimistic. A majority (61%) said the pandemic gave them more appreciation for what makes life meaningful...

Women face major retirement challenges. There is a reason the pandemic-induced recession was called a âshe-cession.ââ Women bore the brunt of it. They were more likely to lose their jobs than men as they coped with increased childcare and home-schooling responsibilities. The upshot? Only 41% of women planning to retire say they are saving enough for retirement each month, compared to 58% of men. Menâs confidence in their retirement savings has increased since 2020; womenâs confidence has dropped slightly.

The pandemic exacerbated what was already a difficult situation for women, who on average, live five years longer than men and retire earlier. Because of inequities in pay and the sacrifices they make as family caregivers, women have retirement account balances that are, on average, only 67% the size of menâs accounts, according to research from Vanguard. The bottom line: Women faced a retirement deficit before Covid; the pandemic further emphasized the gap.

The pandemic had a very uneven impact on Americansâ finances. Put simply, age mattered during Covid. The greatest negative impact was felt by Gen Z and millennials and the least by the Silent Generation, who have the safety nets of Social Security and Medicare supporting them. Beyond that, 78% of retirees own their own home and among those homeowners, 60% are mortgage-free. The strong performance of the stock market and the housing market may help explain why 21% of Americans, a fortunate minority, say their financial security actually strengthened during the pandemic. On the flip side, the period was especially devastating for the 80 million people who lost their jobs and the 8 million who fell into poverty.

Looking at retirement, as of December 2020, 22 million people had stopped contributing to their retirement accounts; that number has since declined to 14 million. A total of 69 million Americans said the pandemic altered their retirement timing. Finally it is worth noting that 70% of Americans say the pandemic was a financial wake-up call, which has prompted them to pay more attention to their long-term finances.

How Financial Advisors Can Make A Difference

But people are paying attention to more than just their finances. As our four pillars surveys have shown, Americans understand that retirement touches on all aspects of their lives, from health to family to purpose. It is a holistic process and all of the pieces matter.

For financial advisors this recognition is both a challenge and an opportunity. People clearly want help thinking about retirement. Among current retirees 61% wish they had done a better job planning for the financial aspects of retirement and 54% wish they had done a better job preparing for non-financial concerns. More than three-quarters of all Americans planning to retire wish there were more resources available to help them plan for an ideal retirement.

Financial advisors have a chance to make that ideal retirement possible, but to do so, many will have to widen their focus and be prepared to offer guidance to clients on a wide range of subjects using empathy and understanding. If the pandemic was a wake-up call for clients, it should be the same for financial advisors. They can make a meaningful impact on peopleâs lives if they are ready to step up to the challenge.