As Ride Sharing Services Integrate into Medicare Advantage Plans, Only 27% of Plan Beneficiaries Are Aware That Transportation to Routine Appointments is Covered

60% of Medicare Advantage beneficiaries surveyed said free extra benefits, such as rides to doctor appointments, would be a motivator to choose a plan 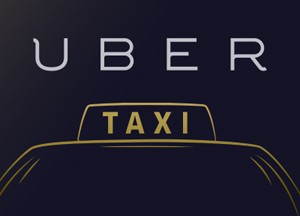 Jul 18, 2019 —Â DALLAS, July 18, 2019 /PRNewswire/ — A HealthMine survey of Medicare Advantage (MA) beneficiaries revealed that only 27 percent of respondents were aware that routine rides (non-emergency) to doctor appointments were covered. This low level of awareness is despite the fact that ride sharing promises to be a differentiator amongst MA plans for 2020. As a result, in preparation for 2020, Lyft announced early this year it has signed new contracts to integrate the ride-sharing service into private Medicare Advantage plans. The opportunity for the service as part of plans was made possible by new rules from CMS announced in 2018.

The survey also revealed that 60 percent of respondents said free extra benefits would be a motivator to choose a plan. In terms of the benefits respondents prefer to be added to their plan, “transportation reimbursement” was number one followed by “assistance at home,” and “at-home food deliveries/nutrition assistance.” The 2019 HealthMine Medicare Survey queried 800 insured age 65+ consumers with a chronic condition who are enrolled in a Medicare Advantage plan.

“Some plans have been aggressive at loading up with ancillary services,” said Bryce Williams, CEO of HealthMine. “Beyond covering ride-sharing, some are including reimbursement for assistance at home such as cooking or light cleaning, at-home food deliveries and nutrition assistance, or respite care for caregivers. And we expect telemedicine to be a ‘must have’ for plans â certainly by 2021.”

The new benefits are increasingly important as health insurance migrates from fee-for-service medicine to value-based care...

The new benefits are increasingly important as health insurance migrates from fee-for-service medicine to value-based care. Critical is that quality care is delivered for the greatest bang for the buck. Getting a person to an appointment for a routine physical can help beneficiaries be compliant. With CMS requirements for Star ratings, it means that ride-sharing can play a key role in plan performance.

Added Williams, “It turns out that for 2020, transportation benefits may be a leading motivator to transport some Medicare Advantage beneficiaries to a new plan â and, even more important, it can help beneficiaries show up at appointments on time with less anxiety.”

About the Survey
The 2019 HealthMine Medicare Survey queried 800 insured age 65+ consumers with a chronic condition who are enrolled in a Medicare Advantage plan in May 2019. Data were collected via an opt-in panel. The margin of error was three percent (3%). Dynata, a world leader in providing first-party data contributed by consumers and business professionals, fielded the survey.