Through the tumult and uncertainty of 2020, business owners stayed focused on their goals 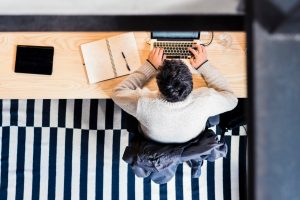 The vast majority of business owners didnât make any changes to their retirement plans in 2020, even as the COVID-19 pandemic took a heavy toll on their companies.

That was one of the encouraging findings from TD Wealthâs second annual Retirement Readiness Study, which gauged sentiment on retirement and financial planning.

Eighty-five percent of those interviewed said they were staying the course with their retirement plans in one of the most difficult economic periods in recent American history. An even greater percentage of respondents, 87 percent, said their revenues felt the impact of the pandemic.

It should come as no surprise that business owners struggled due to stay-at-home mandates and non-essential business closures. It was an unprecedented period. But fortunately, they recognized that despite the difficult and volatile times, it was important to continue saving for retirement and avoid adjusting a long-term economic plan for short-term economic volatility.

The Pain of COVID

The pandemic dealt a major blow to business, according to our survey. Roughly two out of three companies said they had been affected. Nearly half had to reduce operations. A quarter said they were forced to close, either temporarily or permanently. The average revenue impact was 30 percent.

The pain forced a small number of business owners, 15 percent, to scale back their retirement plan contributions. Some lowered their contributions, others stopped them altogether. But the fact that so many of the study’s respondent stuck to their plans is what stands out the most.

A few things may explain that behavior. The mean age of the business owners interviewed was slightly over 50, which suggests they still might have a decade or more of work ahead of them. Against that backdrop, most were able to see the pandemic period for what it is — one step, albeit a difficult one — on a longer path towards retirement.

How Advisors Can Help

Advisors can help in any economic or market environment. They can assist clients in establishing goals, developing an estate plan, and creating a bespoke long-term investment planâall of which will allow business owners to navigate the retirement journey.

But the steadying influence of an advisor can add even more value during stressful times, and the pandemic certainly fit that description. The pandemic may also have created some situations that required adjustments to financial plans. For instance, if a business owner decided to retire early because of the virus, his or her plan might need to be adjusted to fit the changed circumstances.

Interestingly, nearly all of those surveyed who plan their investments, 94 percent, said they felt confident that they will have enough income to retire comfortably.

The Perspective of Entrepreneurs

The business owners in our survey are also entrepreneurs. More than 80 percent started their own business. Their companies had an average of 91 employees; the businesses owned by those in the high-net worth category were somewhat bigger. Small firms like these are the “backbone of our economy” and employ many Americans.

Business owners recognized that despite the difficult and volatile times, it was important to continue saving for retirement and avoid adjusting a long-term economic plan for short-term economic volatility...

The entrepreneurial background of the business owners may also explain, in part, how they coped so well with the rigors of the COVID period. These are people comfortable with a level of risk. They have survived other economic cycles, including some steep downturns, so they have a degree of confidence in themselves.

Like most people planning for the long-term, the business owners say having enough money for retirement is their top priority. They expect to draw on several sources for income, including retirement savings plans, investment portfolios, Social Security and personal savings. They expect only small contributions from inheritance, less than 10 percent of total retirement income.

But retirement is far from the only thing that matters to these business owners as they look to the future. The fate of their companies and their families is also critical.

Nearly three in four business owners said they had a formal succession plan. Finding a competent successor was listed as the biggest challenge in the process. Minimizing family conflict was another priority.

For these entrepreneurs, retirement wonât represent a complete break with their companies. The vast majority expect to play some ongoing role in their businesses, either as formal board members or informal advisors.

With so many personal and professional issues to deal with, it is perhaps not surprising that business owners have taken the time to create a final plan. About two in three have a will. More than 40 percent have trusts while 35 percent have a fully integrated estate plan. Only 12 percent have not many a final plan at all.

The estate process is a complex one with a lot of moving parts. The founderâs finances, the security of the next generation, the future of the business, estate taxes and philanthropic bequests must all be dealt with. In many cases more than one professional will be involved. It is a holistic process. Still, the majority of those surveyed, 70 percent, said they turned to their financial advisor for help in developing estate plans, while attorneys (46 percent), accountants (32 percent), and tax advisors (23 percent) were also mentioned.

The survey was conducted in July, a time when the economy was struggling, questions were being raised about the durability of the stock market rally and the outcome of the November elections was still in doubt. The business owners had a lot of concerns on their mind, topped by economic uncertainty, market volatility, political uncertainty and taxes. The mass affluent business owners expressed greater anxiety about the economy than their high net worth counterparts. The roles reversed when it came to market volatility and taxes: the high net worth owners were more worried.

While no one can say for sure, it seems likely that the good news about COVID-19 vaccines and the completion of the elections has helped ease some of the concerns.

The U.S. economy and U.S. business owners have weathered many crises in this century— terrorist attacks, recession and stock market collapses. The pandemic was in some ways the most challenging because its path has been so hard to predict and its impact has filtered into so many aspects of life, both personal and professional. But despite all the tragedy, thanks to American resilience, the country and the economy will weather this crisis too. That same resilience is reflected in the answers we got from the business owners in our survey.

In a difficult time, we heard very little doom and gloom. Instead what came across were two things: optimism about the future and confidence that they can achieve their goals.