Returning To and Re-defining Normal 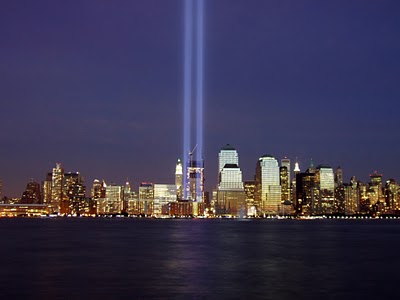 Eleven years ago today I sat in my office on the phone, interviewing Garth Barnard, who at the time was a VP with Keyport Life and is now affiliated with the Retirement Income Solutions Enterprise (RISE). As he and I discussed the emergence of the wildly popular Equity Indexed Annuity, I could see my business partner, Sally O’Connell, from around the corner watching TV in utter shock. I couldn’t see what she was watching, but looking at her react to it I knew something extraordinary was unfolding.

I casually mentioned this to Garth, who confirmed a growing sense of panic on his end too,Â  as his co-workers began to congregate in front of a TV. We just continued with our interview, oblivious to the sense of dread building around us.

What I remember clearly about that moment, after hanging up and learning what had actually just transpired, was a strange thought that my business was going to end on this day. I feared that all of what I did for a living would simply cease. And I wondered how many other businesses would cease to exist too. A sense a fear began to build within me, that our entire economy would simply just stop. This of course is the goal of all terrorist acts, to instill fear and panic and cause you to doubt what you believe in. And I felt doubt; doubt that I would get up the next day and still have a business to go to and a job to do. Doubt that our economy would be the same in the morning. Doubt that it could continue to work. From there, I began to doubt that my life could ever be the same. There was no denying the symbolism of the terrorists’ targets: our economy, our military and our government. And these were now all in doubt.

Normal became, in many ways, just that: normal. We went back to work. Our world did not end, and the doubt that terror attempted to instill in us soon ebbed, giving way to rebuildingâ¦ and rebirth

Our editorial following 9/11 had a simple tone: how do we define ‘back to normal’? For me, I got to work the next day and everything was still working. People throughout industry had all gone back to their jobs and picked up from where they’d left off, albeit with a newly altered perspective on the world, and an uncertainty about so many things. The market reopened four days later and dropped 684.81 points and sunk even lower during the week. But it was open. With the backdrop of Ground Zero on CNN throughout every day, the country simply got back to work. This is our legacy as a people, who have always faced adversity with this kind of resolve. But again, what would normal become in this aftermath?

The estimate of loss as a result of 9/11 is staggering, recognizing first and foremost nearly 3,000 innocent souls. But the economics of terror is equally devastating and humbling. Accounting for property, including aircraft, buildings and infrastructure, clean-up, loss of productivity and the domino-like effects that subsequently shuddered through the economy, the aggregate cost may be more than $2 trillion.

And yet, we have absorbed this and survived. Normal became, in many ways, just that: normal. We went back to work. Our world did not end, and the doubt that terror attempted to instill in us soon ebbed, giving way to rebuildingâ¦ and rebirth. It is a simple message, perhaps too simple. But it is true. We survived a momentous, life-threatening event without losing our beliefs.Â  We found our way back to who we are, and we did so intact.Â  And the souls of our families and friends and co-workers, fellow human-beings, are remembered always.