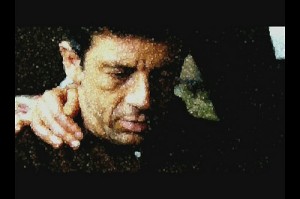 WASHINGTON, D.C. â The Insured Retirement Institute (IRI) issued the following statement from IRI President and CEO Cathy Weatherford in response to reports released today by the trustees of the Social Security and Medicare programs.

According to this yearâs Social Security Trustees Report, the combined Social Security retirement and disability trust funds are projected to be exhausted in 2033, unchanged from last year. Meanwhile the Medicare trustees project that the Hospital Insurance Trust Fund will be able to cover its obligations until 2030, four years later than projected in 2013.

âRetirement uncertainty continues to soar. The latest research from IRI shows that the percentage of Baby Boomers who are confident in their retirement expectations has dropped each year since we started tracking their attitudes â from 44 percent in 2011 to 35 percent today. With Social Security and Medicare forming the base of almost every Americanâs retirement plan, this yearâs reports â despite the modest improvements in Medicareâs finances â will not be a boost to lagging retirement confidence measures. In fact, as long as both programs continue to face long-term financial challenges, we expect that their financial condition will have a negative impact on retirement confidence in America. With both programs requiring reforms to ensure their long-term viability and with these changes having the potential to reduce cumulative benefits, Americans are encouraged to discuss alternative options with a financial professional to ensure that they can maintain their financial security throughout retirement and have more confidence as they approach their later years.â

The IRI study is based on a survey of 800 Americans aged 51 to 67. The report was released during a conference call with reporters to open National Retirement Planning WeekÂ®Â 2014. The annual campaign promotes and encourages comprehensive retirement planning.