Percentage of Working Americans Saving More for Retirement Highest in Six Years;
16% saving less; 5% not saving at all

Twenty-three percent of working Americans increased their retirement savings contributions this year compared to last year, the highest reading in six years of polling, according to a new report from Bankrate.com. Bankrate.com.Â 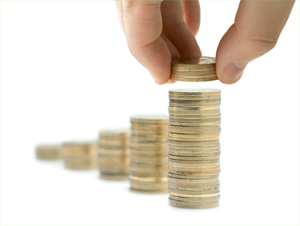 NEW YORK, Aug. 15, 2017 /PRNewswire/ — Twenty-three percent of working Americans increased their retirement savings contributions this year compared to last year, the highest reading in six years of polling, according to a new report from Bankrate.com. Another 16% indicate they have reduced their contributions over that time. Click here for more information.

The encouraging findings mark a stark turnaround from the 2011 results when just 15% increased their retirement savings contributions and 29% had cut them. Still, 5% of working Americans didn’t contribute to retirement savings at all this year or last year, though that number is half of what it was in 2015.

“Working Americans are increasing their retirement savings more and more as the economic recovery continues, whether by saving the same percentage of higher earnings or a higher percentage of the same earnings,” said Bankrate.com’s chief financial analyst Greg McBride, CFA.

McBride recommends saving a minimum of 10% â and ideally 15% â of your income for retirement, utilizing an employer-sponsored retirement account and an Individual Retirement Arrangement (IRA). “If you or a spouse have earned income, you are eligible to contribute to an IRA. In the absence of a workplace retirement savings plan, it is even more imperative to open an IRA and put money away on a tax-favored basis for your financial future.”

Every age group under age 63 is more likely to have increased rather than decreased their contributions. Younger millennial workers (18-26) lead the way, with 30% increasing their retirement savings over the past year.

Those working part-time are nearly twice as likely to have reduced (33%) rather than increased (17%) their contributions.

The Bankrate.com Financial Security Index rebounded slightly from 105.3 to 105.8 this month. This is now the third highest reading ever, trailing only the 106.7 in June and 106.5 in March. Any figure above 100 is indicative of improved financial security over the past 12 months.

The survey was conducted by Princeton Survey Research Associates International. PSRAI obtained telephone interviews with a nationally representative sample of 1,002 adults living in the continental United States. Interviews were conducted by landline (501) and cell phone (501, including 303 without a landline phone) in English and Spanish by Princeton Data Source from August 3-6, 2017. Statistical results are weighted to correct known demographic discrepancies. The margin of sampling error for the complete set of weighted data is plus or minus 4.0 percentage points.

Bankrate.com provides consumers with the expert advice and tools needed to succeed throughout life’s financial journey. For over two decades, Bankrate.com has been a leading personal finance destination. The company offers award-winning editorial content, competitive rate information, and calculators and tools across multiple categories, including mortgages, deposits, credit cards, retirement, automobile loans and taxes. Bankrate aggregates rate information from over 4,800 institutions on more than 300 financial products. With coverage of over 600 local markets, Bankrate generates rate tables in all 50 U.S. states. Bankrate develops and provides web services to more than 100 cobranded websites with online partners, including some of the most trusted and frequently visited personal finance sites on the internet, such as Comcast, Yahoo!, CNBC and Bloomberg. In addition, Bankrate licenses editorial content to more than 500 newspapers on a daily basis including The Wall Street Journal, USA Today, The New York Times and The Los Angeles Times.