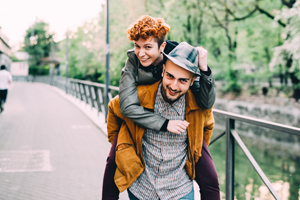 Today, EBRI and ICI released â401(k) Plan Asset Allocation, Account Balances, and Loan Activity in 2015,â the latest update of the original 1999 joint study, which analyzed 1996 data. The new studyâdrawing on 20 years of data analyzed in the EBRI/ICI series of annual studies on 401(k) participantsâ activitiesâpermits a cross-generational comparison of 401(k) investors in their 20s, by providing 2015 data that can be compared with the EBRI/ICI 1996 data for the same age group.

Compared with their counterparts 20 years ago, the 20-something 401(k) investors of 2015 allocated a similar share of their aggregate assets to equitiesâincluding equity funds, company stock, and the equity portion of balanced fundsâbut changed the mix, becoming less concentrated in equity funds and company stock and more concentrated in balanced funds (which include target-date funds). These differences are consistent with both the allocation trends for all 401(k) plan participants and the evolution of plan design shown in EBRI/ICIâs two decades of extensive 401(k) research.

âTwo decades of EBRI/ICI data provide valuable insights into investor choices and trends,â says Sarah Holden, ICIâs senior director of retirement and investor research. âThe data show that 401(k) plan investors in their 20sâwhether the Millennials of 2015 or the Generation Xers of 1996âhave invested a large portion of their accounts in equities, but the composition of these equity investments has changed. One factor influencing this trend is that todayâs younger investors are relying more on the automatic rebalancing feature of target-date funds to keep their assets allocated in an age-appropriate way as they progress through their careers.â

Over the years, the share of younger 401(k) participantsâ assets invested in equities has been high. At year-end 2015, 401(k) plan participants in their 20s held 80 percent of their aggregate assets in equitiesâlittle changed from the 77 percent share for their 1996 counterparts.

The vehicles that younger savers are using to invest in equities, however, have changed. Savers in their 20s allocated 28 percent of their aggregate assets to equity funds at year-end 2015âabout half of the 55 percent share allocated by that age cohort in 1996. Similarly, the share of assets that these younger 401(k) participants have allocated to company stock has fallen, from 17 percent in 1996 to 5 percent at year-end 2015.

The data show that 401(k) plan investors in their 20sâwhether the Millennials of 2015 or the Generation Xers of 1996âhave invested a large portion of their accounts in equities, but the composition of these equity investments has changed

âThe extensive and unique EBRI/ICI database continues to be extremely valuable, permitting in-depth examination of 401(k) plan participantsâ activities,â says Jack VanDerhei, EBRIâs director of research. âTodayâs update reveals that 401(k) participants in their 20s are diversifying their 401(k) investments in what many perceive to be an age-appropriate manner. In 2015, only 7 percent of these young participants had no equity allocation in their 401(k) plans. Moreover, 75 percent of this group had at least 80 percent of their 401(k) balances invested in equities in 2015, due in large part to the increased utilization of target-date funds.â

The new EBRI/ICI study confirms that target-date funds continued to be popular in 401(k) plans among all ages, and particularly among recently hired participants, at year-end 2015. The EBRI/ICI 401(k) database shows that investments in target-date funds increased in 2015 to 20 percent of assets, up from 5 percent at year-end 2006, and that nearly half of the 401(k) participants tracked in the database held these funds.

The EBRI/ICI 401(k) Database
This study is based on the EBRI/ICI database of employer-sponsored 401(k) plans, the largest database of its kind, compiled through a collaborative research project undertaken by the two organizations since 1996. At year-end 2015, the EBRI/ICI database included statistical information on 26.1 million 401(k) plan participants in 101,625 employer-sponsored 401(k) plans, which held $1.9 trillion in assets and covered nearly half of all active 401(k) participants.

Full results of the annual EBRI/ICI 401(k) database update are posted here on EBRIâs website and here on ICIâs website.