The Relativity of Risk

U.S. Tax Overhaul and Its Impact on Retirement Planning 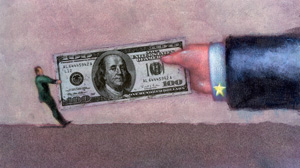 Mr. Kollauf is the Vice President and Director of Business Advisory for BMO Private Bank. He specializes in providing customized succession and estate planning solutions to high net worth individuals and families as part of an overall personal wealth management strategy. Rick has over 31 years of experience in the financial services industry.

With President Donald Trump officially signing the Tax Cuts and Jobs Act before the end of 2017, the U.S. got its biggest tax overhaul in more than thirty years. The new tax law brings with it a plethora of changes for investors of all sizes across the United States. Most notably, the corporate tax rate was decreased from 35 percent to 21 percent. Although the overhaul had the most significant effect on large-sized corporations, it also affected individuals and families across all tax brackets.

Changes to long and short-term investment strategies, as well as charitable giving have an impact on retirees and the ways in which they save. Alterations to traditional and Roth IRA accounts, limitations to state and local tax deductions, and a reconfiguration of the itemization process present some of the biggest changes to retirees.

What to consider with re-characterization

Both traditional and Roth IRA accounts have long been the preferred choice of people who are looking to save money for their retirement. One of the significant changes the new tax law brings is the limitations on what is called re-characterization. Individuals have the option to convert from a traditional to a Roth IRA account; however, the new legislation limits the ability to reverse this decision.

For example, a taxpayer may believe that the conversion from a traditional IRA to a Roth and corresponding payment of tax could be beneficial long term, as all future distributions from the Roth would be non-taxable, unlike from a traditional IRA. However, at a later point (by the tax filing deadline plus extensions) the taxpayer discovers that the associated taxable income from the conversion has placed the taxpayer in a higher bracket or requires a tax payment the taxpayer is not able to afford at that time. The re-characterization rule would allow the taxpayer to unwind the conversion as if it never happened and avoid the ill-intended consequences.Â  Going forward, taxpayers will need to be much more accurate in their conversions to Roth accounts.

Getting the most out of your Roth IRA and 401k loans

Roth IRAs âback-doorâ contributions are still alive under the new tax law. There was talk that this strategy would be nullified in the new law, but it remains viable. For taxpayers without traditional deductible IRA balances, a traditional non-deductible IRA account can be opened and that account can be converted to a Roth account as early as the next day. Because there are no other IRA accounts to aggregate for tax calculation purposes and because the value should be the same as the amount contributed, there should be no tax on the conversion. This strategy is useful to those taxpayers that earn too much to contribute to a Roth directly.

The new law also brings about changes to the rules surrounding how quickly outstanding loans on 401(k) accounts must be repaid. Under the old regulation, individuals were required to pay back the balance of their loan within 60 days of termination or removal from the company. This was sometimes accompanied by a 10 percent penalty tax on unpaid balances. Under the new law, individuals are given until the day they file their next federal return to repay the outstanding balance.

Changes to state and local taxes

Significant changes have also been made to the total state and local tax deduction amount. Under new rules, a $10,000 limit has been placed on the amount people are able to deduct. This will inevitably have an adverse effect on high tax (and often blue) states the most. Several states including California, Connecticut, and Illinois have introduced legislation allowing taxpayers to âcontributeâ funds to the state in return for an 85% state tax credit â attempting to convert tax payments to charitable contributions.

Roth IRAs âback-doorâ contributions are still alive under the new tax law. There was talk that this strategy would be nullified in the new law, but it remains viable

Prior to the overhaul, things such as property taxes were fully deductible on any number of properties a person owned. This was especially beneficial to people who owned more than one property such as people with vacation homes. This was accompanied by no cap on write offs for state and local income or state and local taxes. With the introduction of the new legislation, the $10,000 has become a point of contention for many people and greatly affects the way they invest. This may also cause people to consider moving to a lower (or no-) taxed state, such as Florida, New Mexico, Nevada, or Wyoming.

Itâs also important to note that in addition to the state and local tax deduction limitation, itemized deductions previously subject to two percent of adjusted gross income limitation have been entirely eliminated.

There have also been extensive changes to the standard deduction amount. Under the old law, the rates were $6,500 for individuals and $13,000 for married couples. Under the new law, the rate has almost doubled to $12,000 for individuals and $24,000 for couples who plan to file a joint return. This new rate, in collaboration with limitations on itemized deductions, may have an impact on peopleâs decision between standard and itemized deductions. These and other itemized deduction changes, should lead to some interesting planning when itâs time to pay for deductions. For instance, if you are married filing a joint return and expect to continually bump up against the $10,000 state and local tax limitation, donât have any debt, and donât pay more than $14,000 in charitable contributions, you will likely be taking the standard deduction.

This means you will be receiving no tax benefits for your state/local taxes and charitable contributions. However, if you were to establish a donor advised fund with 3 yearsâ worth of charitable contributions of $42,000 and then dole out the same $14,000 per year over the next 3 years for example, you would have total itemized deductions of $52,000 ($10,000 + $42,000) in year one, well over the standard deduction amount for benefiting much of the deductions paid for, which would still make you eligible to take the full standard deduction in years two and three. This is because contributions to a donor advised fund are fully deductible in the year paid by you. You then advise to whom and when that fund pays out to charities.

More on how to maximize your charitable giving

Another planning strategy related to the itemized/standard deduction conundrum and charitable giving relates to taxpayers age 70.5 and above. It is called Qualified Charitable Contributions (QCDs). In short, taxpayers over age 70.5 need to take required minimum distributions (RMDs) each year from their traditional IRAs and certain other tax-qualified accounts. These taxpayers can elect to make a direct transfer of any portion of qualified RMDs (up to $100,000) each year to qualified charities. Doing so will avoid reporting the RMDs as income (thus positively impacting some limitations based on adjusted gross income because the QCDs are treated as an offset against said income).

So, therefore, the charitable contribution is allowed to benefit the taxpayer even if they claim the standard deduction (similar but in a better way to being taken as an itemized deduction). For taxpayers over age 70.5, consider making QCDs from qualified accounts.

With all of the changes that have been brought on by the new tax law, it is important to understand how they affect the taxpayer. Modifications to the prior law and changes surrounding certain aspects specific to taxpayers can have profound impacts on families or individuals, especially those in retirement. Smart investment strategies can produce higher yields during retirement, but any changes made must consider all aspects of the new laws in order to have the most beneficial results. Changes to charitable giving can also impact the way taxpayers give to organizations while saving for their own retirement. Taxpayers should always be sure to consult a certified financial planner, as they are experts on money-saving ideas and may come up with strategies that taxpayers never knew were available to them. â