Will they make it through retirement financially intact? 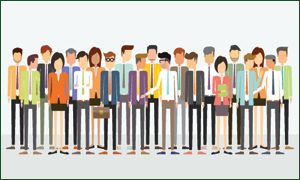 May 18, 2020 — BOSTON–(BUSINESS WIRE)–Fidelity InvestmentsÂ®, one of the industryâs most diversified and largest financial services companies, today announced the results of the 11th edition of its Plan Sponsor Attitudes Study. According to the study, the top concern among 1,500 plan sponsors was whether their plan is effectively preparing employees for retirement financially, consistent with previous years. In late March, in the midst of market volatility and the COVID-19 pandemic, Fidelity also surveyed nearly 1,000 plan sponsors that record keep with Fidelity, and their top concern was employee financial well-being.

Fidelityâs study also revealed that plan sponsors continue to make changes to their investment menus and plan designs in an effort to improve participant outcomes. The study, which began in 2008, surveyed more than 1,500 employers â between Feb. 2 and Feb. 24 â which offer retirement plans that use a wide variety of record keepers.

âWhile supporting their employeesâ retirement readiness has always been a top priority for plan sponsors, the current market crisis has accelerated its importance,â said Liz Pathe, head of DCIO Sales, Fidelity Institutional. âPlan sponsors are looking for guidance and reassurance during this difficult time, and we continue to see plan advisors playing an important role in helping companies identify ways to improve their retirement plans and help their employees strengthen their financial well-being.â

In this 11th iteration of the Plan Sponsor Attitudes Study, Fidelity looked back at data after the financial crisis in 2008 to gain perspective on plan sponsorsâ areas of focus during what were also uncertain times. In 2010, the top reason sponsors decided to begin using a plan advisor was because they needed help with plan investments, especially given the market situation (35%). This year, the top reason was for help with the increasingly complicated process of managing a retirement plan (29%).

Plan investments will likely become an area of focus again. When asked how their plan advisors underscore their value, more than half of sponsors (56%) said performance of plan investments. And overall, a majority (53%) of sponsors said investment menu changes were driven by a desire for better performance.

âIn our conversations with plan sponsors and advisors, investment performance is now top-of-mind given the potential for continued market volatility,â said Pathe. âPlan advisors can play a more active role by proactively reviewing plansâ investment menus with sponsors and working to address their concerns.â

The study found that 92% of plan sponsors reported they work with plan advisors, and 70% are very satisfied with their relationships. Sponsors with advisors said they were more satisfied that their plans are achieving company (67% with vs. 56% without) and participant (66% vs. 50%) objectives. About seven in 10 sponsors said they agree that they are getting good value from their advisors.

While supporting their employeesâ retirement readiness has always been a top priority for plan sponsors, the current market crisis has accelerated its importance...

This yearâs study revealed that plan sponsors working with advisors have made certain constructive plan design changes at a higher rate than those without advisors, including increasing the auto-enrollment deferral rate (7% higher), adding a Roth contribution option (6% higher), and adding automatic increase (4% higher).

Plan sponsors may be assessing changes to plan design given the current market environment, including the matching contribution. However, when Fidelity separately surveyed about 900 plan sponsors in mid-April, most (63%) said they are not considering a reduction or suspension of their company match.This is encouraging as employees continue to contribute to their plans. According to data from Fidelity record kept plans, 10.1% of participants increased contributions in April 2020 versus 8.9% in April 2019, and only 2.5% stopped contributing versus 1.5% last year.

Plan sponsors and plan advisors continue to look beyond retirement preparedness at employeesâ full financial pictures, and many see the value of implementing programs to support employeesâ financial wellness, healthcare, and student debt payments. These programs may be especially valuable for employees during these difficult times.

The 2020 Plan Sponsor Attitudes Study was an online survey of 1,555 plan sponsors on behalf of Fidelity. Fidelity Investments was not identified as the survey sponsor. The survey was conducted during the month of February 2020. Respondents were identified as the primary person responsible for managing their organizationâs 401(k) plan. All plan sponsors confirmed their plans had at least 25 participants and at least $3 million in plan assets. Though the survey is broad in scope the experiences of the plan sponsors participating in the survey may not be representative of all plan sponsors. Previous Fidelity surveys were conducted in 2008, 2010, 2012, 2013, 2014, 2015, 2016, 2017, 2018 and 2019.