Retirement Planning and the Transition to Stability 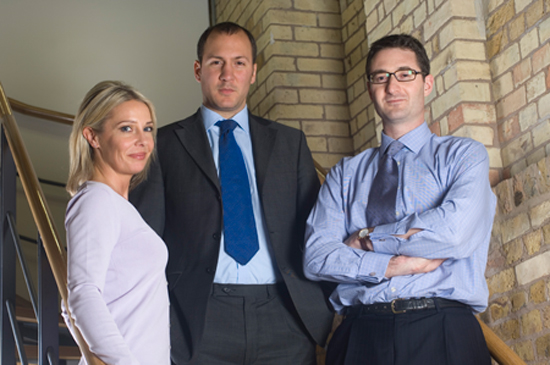 Major trends affecting the life insurance industry have continued over this past year while several have emerged. Although some of these trends create challenges, others create opportunities for companies, financial professionals and distributors that are able to adapt to the constantly changing environment. These key areas include the impact of continued low interest rates; regulatory and accounting influences; and product and distribution.

U.S. credit markets have been on edge since spring over the timing of the Federal Reserveâs plan to taper its open-market bond purchases. We saw the credit markets anticipating that action when the 10-year Treasury rate briefly moved toward 3 percent from roughly 1.5 percent, before settling back in the 2.6 to 2.7 percent range.

Rates will rise eventually, of courseâthatâs the Fedâs stated goal. But that increase wonât immediately alleviate the impact of the long-term trend toward lower rates on the life insurance industry. Interest rate spreads are a critical component of a life insurance companyâs profitability and the price consumers ultimately pay for life insurance, regardless of which products the company sells, even index and variable products.

These sustained periods of low interest rates have led to product repricings and companies either exiting or shifting away from the lifetime no-lapse guarantee market.

At the federal level, the designation of three companies, including Prudential Financial, as non-bank Systemically Important Financial Institutions (SIFI) was a notable domestic development. Insurance companies that are designated as non-bank SIFIs will be supervised by the Board of Governors of the Federal Reserve System and subject to stricter regulatory standards pursuant to the Dodd-Frank Wall Street Reform and Consumer Protection Act. Details of the final regulatory requirements applicable to insurance SIFIs have not been finalized. Discussions will continue as the industry works with regulators in the U.S. and elsewhere to develop standards that are appropriate for the insurance industry.

Internationally based companies are de-emphasizing their presence in U.S. markets. This is primarily due to the low interest rate environment. But changes to foreign accounting rules, such as Solvency II and the International Financial Reporting Standards (IFRS), have contributed to this trend.

These changes in the economic and business environments naturally affect product and distribution. For instance, sales of universal life (UL) accumulation products typically track interest rates closely. As rates fell steadily as they have in the past decade, accumulation product sales have declined (see figure 1). In contrast, lower rates have benefited index UL products, which have increased their market share from an insignificant amount five years ago to roughly 40 percent of overall UL sales according to LIMRAâs 2013 U.S. Individual Life Insurance Sales Survey.

That growth partly results from the use of high assumed crediting rates to illustrate the products. The industry needs to be cautious with how it sells these products, however, because equity performance, option costs and interest rates have a direct influence on how the product performs. Guaranteed UL sales continued to hold up, despite the misconception that this product has gone by the wayside. Its staying power illustrates that consumers still find guaranteed products attractive, even if premiums have risen.

The industryâs focus on making life insurance products more relevant has continued to evolve over the past year as companies have added living benefits or features to their policies to make them more flexible and valuable to consumers. For example, in July Pruco Life Insurance Company rolled out an optional accelerated death benefit rider on its PruLife Universal Protector policy that lets consumers advance the death benefit to help cover expenses if theyâre diagnosed with a chronic or terminal illness.
We also are seeing more insurers selling blocks of business to companies that typically are not in the life insurance industry (e.g. private equity firms).

How these firms will manage the acquired blocks and their relationships with the distribution channels and customers remains to be seen. This change also increases uncertainty and movement among general agents (GAs). If youâre a GA and your largest carrier has announced itâs pulling back from the U.S. market, you have to fill that void with new carriersâthat means learning new products and systems. These conditions lead to a higher stress level among GAs as they seek relationships with major carriers that remain competitive and committed to the U.S. life insurance business.

The aging of the advisor population and the challenge of replenishing the career agent ranks as agents retire continue to influence distribution. We see evidence of that in the growing share of life sales through financial institutions such as banks, broker-dealers and wirehouses. These channels had a very small percentage of life sales just five or six years ago. According to our own estimates, today they account for roughly 15 to 20 percent of sales and they continue to invest in and grow their distribution capabilities. In the future we may see their market share increase to 25 or 30 percent.

Regardless of how the product is sold the need for life insurance remains unmet. The number of Americansâ that have coverage is at a 50 year low. In its September 2012 Facts from LIMRA: Life

This unmet need for financial protection bodes well for the industry overall, provided both the industry and distributors can successfully move towards new strategies to capture the market.

In 2013 the economic and business climate presented challenges, but thatâs nothing new. The key to success for life insurers and distributors will be the opportunities that the environment presents.
As we look to 2014, we need to continue our focus on consumersâ needs and design solutions that meet those needs through every aspect of their lives. Equally as important are all of our continued efforts to raise the level of awareness about the importance that life insurance plays in building an overall financial plan, and the relevance of regular financial check-ups to help our customers achieve their goals and dreams.

This material is designed to provide general information in regard to the subject matter covered. Â It should be used with the understanding that we are not rendering legal, accounting or tax advice. Â Such services should be provided by a clientâs advisors. Accordingly, any information in this document cannot be used by any taxpayer for purposes of avoiding penalties under the Internal Revenue Code.
PruLifeÂ® Universal Protector is issued by Pruco Life Insurance Company in all states except New York, where, if available, it is issued by Pruco Life Insurance Company of New Jersey, both are Prudential Financial companies located in Newark, NJ.