Retirement More Satisfying for Boomers in the Midwest 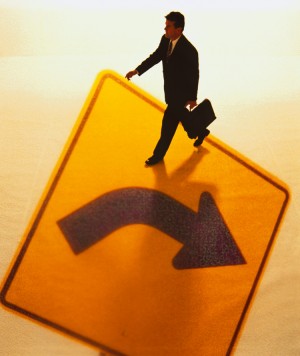 CHICAGO, Ill. – July 13, 2015 – Fifty-nine percent of Baby Boomers in the Midwest plan to work beyond age 65, and the majority of them are happy about it, according to a new study commissioned by Bankers Life Center for a Secure Retirement ® (CSR).

Retirees work because of desire, not need

Of the Midwest Boomers currently employed, almost two-thirds (65%) are working because they want to, not because they must.

That’s four percentage points higher than their counterparts across the country. Those who are working voluntarily do so to stay mentally alert (16%), remain physically active (16%) or to have a sense of purpose (15%).

Job satisfaction is higher in the Midwest

While more than half (53%) of the nation’s Boomers make “much less” per hour in retirement, 78 percent are more satisfied with their jobs than non-retirees. In the Midwest, that number jumps to 88 percent, with 69 percent “more” or “slightly more satisfied” and 19 percent “as satisfied” as they were in their pre-retirement work.

For Boomers, work in retirement means greater flexibility. Nearly nine in 10 (88%) employed Boomer retirees across America have work arrangements other than full time.

Boomers in the Midwest are re-entering the job market willingly

Approximately two-thirds (67%) of Boomers in the Midwest describe their job as part time, compared to 59 percent of Boomers across the nation. Outside the Midwest, retirees are more likely to work freelance or own their own business.

Methodology
The New Expectations, New Rewards: Work in Retirement for Middle-Income Boomers is part of a series of studies commissioned by the Bankers Life Center for a Secure Retirement. It was conducted in February and March 2015 by the independent research firm The Blackstone Group.

The findings are from two internet-based surveys:

1. Main survey: a nationwide sample of 1,005 middle-income Boomers (261 from the Midwest). Quotas were established based on the U.S. Census Current Population Survey data for age, gender and income to obtain a nationally representative sample. The margin of error is +/- 3.1 percentage points at the 95% confidence level.

2. Supplemental survey: a nationwide sample of 2,293 retired middle-income Boomers (581 from the Midwest) to assess the percentage of retired Boomers who are working in retirement. The margin of error is +/- 1.6 percentage points at the 95% confidence level.

About Bankers Life
Bankers Life focuses on the insurance needs of middle-income Americans who are near or in retirement. The Bankers Life brand is a part of CNO Financial Group, Inc. (NYSE: CNO), whose companies provide insurance solutions that help protect the health and retirement needs of working Americans and retirees. There are more than 5,000 Bankers Life insurance agents at over 300 offices across the country. To learn more, visit BankersLife.com.