For Retirement, Employees Prefer Steady Paycheck over Managing Their Own Investments

Americans prefer companies over government as their partner of choice 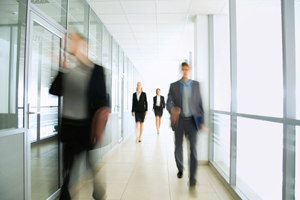 April 10, 2018 —Â NEW YORK–(BUSINESS WIRE)–The role a company plays in its employeesâ retirement security has shifted tremendously in recent decades, as employees take on more responsibility in the planning and saving for their retirement. Yet many Americans prefer predictability and a guarantee in their retirement planning â when asked if they would rather have their employer provide a set retirement paycheck for life or provide them with money to invest themselves, the steady paycheck wins by 58% to 42%.

But employees want a partner in their retirement planning and they want their company to fulfill that role, as they were six times more likely to want companies to be more involved â not less â in providing for their retirement security in the next five to 10 years (61% vs. 9%).

They want a trusted partner

âEmployees recognize the important role their employers can play in planning for retirement,â said Roberta Rafaloff, vice president of Institutional Income Annuities at MetLife. âThey want a trusted partner who can help them navigate retirement security, creating an opportunity for companies to help their employees plan and save.â

Despite being the generation closest to retirement, only 14% of Baby Boomers say they want the government to be primarily responsible for retirement security, while 24% of Millennials feel that way

Some interesting generational differences â and similarities â exist as well. Despite being the generation closest to retirement, only 14% of Baby Boomers say they want the government to be primarily responsible for retirement security, while 24% of Millennials feel that way. There is no significant difference between Millennialsâ and Boomersâ preferences for steady income in retirement â both groups equally favor a set retirement check from their employer rather than receiving money from their employer to invest on their own.

This similarity shows the recognition of the preference for a guaranteed retirement income, a paycheck in the form of a pension payment from a traditional defined benefit plan, or an annuity purchased using retirement savings from a defined contribution plan, such as a 401(k) plan. The traditional defined benefit plan is fading from the workplace and a less common offering for younger workers, while defined contribution plans are more prevalent for workers today.

Through its Employee Benefit Trends Study (EBTS), now in its 16th year, MetLife tracks employee and employer attitudes and expectations about the workplace and the workforce. The 2018 EBTS will be released April 16, 2018. The Role of the Company Survey looks at the workplace through a different lens, revealing what employees and society at large expect of corporations broadly.

Research Methodology
MetLifeâs survey on The Role of the Company was conducted in July 2017 and was fielded by ORC International, a leading business intelligence firm. The survey comprised 1,006 interviews with part-time and full-time U.S. employees, ages 21 and over. The margin of error was plus or minus 3.5%.

MetLife, Inc. (NYSE:MET), through its subsidiaries and affiliates (âMetLifeâ), is one of the worldâs leading financial services companies, providing insurance, annuities, employee benefits and asset management to help its individual and institutional customers navigate their changing world. Founded in 1868, MetLife has operations in more than 40 countries and holds leading market positions in the United States, Japan, Latin America, Asia, Europe and the Middle East. For more information, visit www.metlife.com.