Retirement & the Dissolution of Tradition 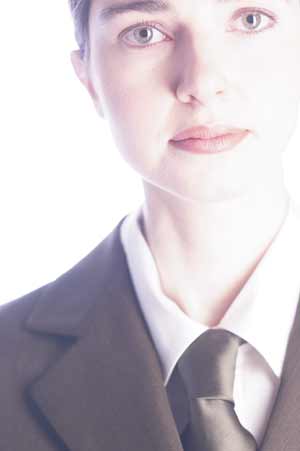 Â A sure sign of geekdom is when the thing one looks forward to on a Saturday morning is reading the new issue of Barronâs with a good cup of coffee and a sleeping dog in tow. Arrival is surely further confirmed when one becomes enthusiastic to discover an article about a visionary CEO who says something truly inspirational. According to Aetna CEO, Mark Berolini, ââ¦Americans will have to shop for, buy and manage their own health policies, a change akin to the phasing out of pension plans in favor of self-directed retirement savings a few decades ago.â

As we find ourselves well into the 21st century, the world is changing in so very many ways; paramount to those in that group referred to as the boomers is how they will approach and spend their golden years. First, those celebrated golden years may come later in life, due to the fact that we are living longer. Secondly, with the death of those defined benefit plans our parents came to expect and the sweeping change in how we will buy health insurance, we can no longer expect to turn on the vegetate switch the day we hit retirementâ and do we really want to? While these changes may initially scare us, a bigger picture perspective could open our eyes to the exciting times that lay ahead as opposed to endless hours of shuffleboard. Boomers are refusing to age â more are sweating in spinning class right alongside the 30-somethings and investing in procedures and products to keep looking and feeling young.

Behavioral biases in the context of booms and busts (i.e. the market crash of 1987, the tech bubble, the Dutch tulip mania of 1637) have been inaccurately attributed to numerical happenings where instead they should be seen as a result of the fallibility of human behavior. As a field of study with origins dating back to the mid-1800s, behavioral finance also separates itself from standard finance with incorporation of various fields of study that deal with human behavior such as sociology, economics, anthropology, neurology, and psychology. This added element of the study of human behavior has allowed this field of study to currently endure a transitional period characterized by âextraordinary scienceâ, as opposed to ânormal scienceâ.

Kuhn defines extraordinary science as, âa period of transition in a scientific field when new theories are vying to usurp the old entrenched ways of research.” Extraordinary science is produced by the problems left unsolved by normal science, which in turn create new theories and models and thinking. To put it simply, as time goes on we must come to the realization that traditional valuation models do not completely explain prices â there has to be something else that causes prices to move in a manor inconsistent with what the excel spread sheet indicates; animal spirits, sun-spots, irrational behavior of buyers and sellers. The irrational prices constitute the problems left over, which the normal science answer does not solve.

In studying behavioral biases, it is worth noting the existing differences in beliefs and behaviors pertaining to finance amongst retirees and non-retirees. Hira discusses conclusive research that shows retirees being up to five times more loss-averse than non-retirees when it comes to investing. Barclay and Basu attribute retireesâ less than favorable view of financial products with guarantees attached to them, such as fixed annuities, to the confirmation bias problem and the intersection of loss aversion and overconfidence.

In the case of pension plans, annuities provide relative safety and stability for retirees, however due to an overestimation of oneâs financial acumen, Warner & Pletter demonstrated that retirees will often forgo an annuitized option and instead opt for lump sum distributions. Bernartzi discusses how this occurrence of loss aversion, when it comes to annuity investment products, can be attributed to a fear of perceived loss of control of oneâs money in an investment product with structured, fixed payouts.

The âdo-it-yourselfâ approach does not come without its consequences and can often lead people to lose money due to a lack of investing expertise. As people begin their lifeâs retirement phase, it is common to see an underestimation in oneâs longevity, coupled with an overestimation in the amount of income one expects from their retirement savings.

Hyper loss aversion and overconfidence are two of the most dangerous and prevalent behaviors of retirees or those leaning towards retirement. To further exemplify the gravity of this truly irrational hyper loss aversion, one need only look to the study conducted by Warner & Pletter (2001), which involved a group of officers and enlisted personnel at the Department of Defense who were involved in a program to reduce staff. They were offered a payout of their retirement plan in either the form of an annuity or a lump sum. The return being offered on the annuities ranged from 17.5% -19.8%, at a time when government bonds were yielding 7%.

The researchers projected that all the officers and 50% of the enlisted personnel would take the annuity. Contrary to expectancies, over 50% of the officers and 92% of the enlisted personnel took the lump sum. This group forfeited $1.7 billion in economic value, by electing the lump sum. It could be possible that some had plans for the funds that required them to be in tact (like seed money for a new business), but the majority would be looking to this payout for their retirement income. Should rational investors would give up a guaranteed return of 17.5% or more?

Loss aversion is defined as having a preference for avoiding investment losses over seeking investment gains. What is startling about the common occurrence of this type of loss aversion in retirees is the fact that it would be in oneâs best financial interest to balance the avoidance of investment losses and accruing investment gains equally. Research evidence supports the conclusion of Tversky & Kahneman that psychologically, loses tend to loom larger than gains. Compared to the general investor population, retirees are shown to be up to five times as sensitive to losses; this fear of loss is coupled with the fear of giving up control over oneâs investing activities, as well as a fear that such a loss would negatively impact oneâs legacy.

Elaborating on the research behind this conclusion, we can see that overconfidence in oneâs financial acumen poses risks for seniors in becoming potential victims of financial fraud (Gamble, 2013). Â The 2012 CFP Boardâs Senior Financial Exploitation Study found that 56% of planners surveyed had come into contact with a senior investor who had been financially exploited to the tune of at least $50,000. Gamble also mentions that senior financial fraud has increased over 60% in the period from 2010 â 2013; which corresponds with the onset of massive boomer retirements.

So, now that we have identified the problems and the hows and whys, how can we, as advisors, deal with these frightening dilemmas? Advisers should begin by having a conversation with their retiree clients about their concerns, attempting to find the true cause and to acknowledge these concerns without delegitimizing them. Through attentive and respectful conversation, the adviser provides herself with an opportunity to bring the client into a new way of thinking and encourage them to focus on âthe big picture.â Advisers should not place a priority on managing client portfolios over that of managing the clients themselves. Understanding client behaviors that help shape a clientâs investment decision-making may be an effective way to guide clients in the right financial direction.

The bounds of rationality âgrow fuzzierâ as people move through their financial life cycle, affecting both clients and advisers. To ease the detrimental effects of such human flaws when it comes to financial decision-making, advisers must actively listen to and engage with the client regarding their feelings on their retirement planning situation while sharing their clientâs concerns with sincerity in order to establish a successful and productive relationship.