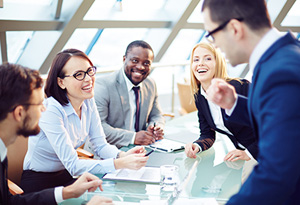 WASHINGTON, DCâWhile overall confidence about being able to afford a comfortable retirement has plateaued among American workers, preparations to save for retirement are still lagging, according to the 2016 Retirement Confidence Survey (RCS) by the nonpartisan Employee Benefit Research Institute (EBRI) and Greenwald and Associates.

The 2016 RCS, the 26th annual survey and the longest-running study of its kind, finds that the recovery in retirement confidence from the post-2008 economic recession is continuing to hold.

Specifically, the percentage of workers very confident about having enough money for a comfortable retirement, at record lows between 2009 and 2013, increased from 13 percent in 2013 to 22 percent in 2015, and has leveled off at 21 percent in 2016.

All about the plans

Workers reporting they or their spouse have money in a defined contribution (DC) plan or individual retirement account (IRA) or have benefits in a defined benefit (DB) plan from a current or previous employer are more than twice as likely as those without any of these plans to be very confident (26 percent with a plan vs. 10 percent without a plan).

Additionally, workers without a plan are more than three times as likely to say they are not at all confident about their financial security in retirement (11 percent with a plan vs. 38 percent without a plan).

âAmong those who are confident about retirement, itâs overwhelmingly among those who have a retirement plan,â said Jack VanDerhei, EBRI research director and co-author of the 2016 RCS. âEven if you control for discrepancies in age and income, the likelihood that a respondent is either somewhat or very confident that they will have enough money to live comfortably throughout their retirement years is 22 percentage points higher for those who have an IRA, DC plan, and/or DB plan than their counterparts without a retirement plan.â

How are those who arenât saving enough planning to cope with the shortfall? By either saving more later or working longer, they sayâeven though many retirees say they were unable to work longer because they were forced to leave the workforce earlier than planned (such as health problems or disability).

Among the major findings of the 2016 RCS: