Retirement Catch 22, Struggling To Save

A new U.S. retirement survey released by Schroders shows that saving for the future was a top priority during pandemic lockdowns. 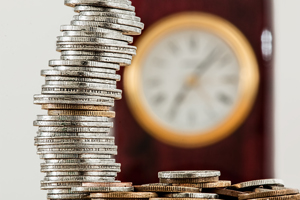 NEW YORK–(BUSINESS WIRE)–According to the new U.S. Retirement Survey released today by Schroders, saving for the future is among the top three activities Americans have devoted more attention to since the outbreak of the COVID-19 crisis that began over a year ago.

The heightened focus on saving for the future is encouraging, but it isnât easy: More than one-third of respondents (38%) reported saving less money since the start of the COVID crisis. However, 43% said their savings rate was unchanged and 19% said they are saving more.

The activities Americans have focused more on during the crisis include:

Further, respondents have devoted more of their attention toward deciding what to watch on Netflix and other streaming services during the pandemic than on their investment portfolio or developing a financial plan/strategy.

Should Planning Be A Higher Priority?

Asked how they felt about the amount of retirement planning theyâve done, just 27% of non-retired respondents said âvery goodâ and they were âfully on track.â

The majority (62%) of all working respondents plan to keep working in retirement for a number of reasons, including:

The lack of certainty in their planning may be affecting how respondents are managing and monitoring their retirement assets, as even younger investors have an abundance of cash and less in equities than older investorsâ¦

Almost half (49%) of all respondents said they had no idea how their assets for retirement were allocated, including 59% of women and 51% of non-retired investors between the ages of 60-67.

âThe good news is people are focused on saving for the future even during COVID. But the question remains, âWill they have enough for retirement?â The way to improve retirement readiness is through better knowledge, guidance and investment choices,â said Joel Schiffman, Head of Intermediary Distribution, North America, Schroders. âNot knowing how your assets are allocated, or holding one-quarter or more of your retirement savings in cash, indicate there may be a need for a greater understanding of how a diversified portfolio could maximize growth while managing risk.â

Why Is Planning So Hard? The Catch-22

What makes it so hard to properly plan for retirement? Respondents universally shared three primary barriers:

âItâs a Catch-22 situation. Investors need a plan to generate enough assets for retirement, but they donât think they have enough assets to justify a plan,â said Mr. Schiffman. âPlanning doesnât require a lot of assets; it starts with setting a goal and saving toward it by taking advantage of an employerâs defined contribution plan or opening an investment account or IRA. Every dollar saved and invested is a step closer toward being able to generate sustainable income in retirement.â

Itâs a Catch-22 situation. Investors need a plan to generate enough assets for retirement, but they donât think they have enough assets to justify a plan...

What issues are people concerned about regarding retirement? Retired/non-retired pick the same top five:

The End Result: Not A Perfect Picture

Notably, one-third (33%) of respondents already in retirement said their expenses were higher than expected, including 10% who said, âa lot higher.â