Workers worried about outliving their money

A new study by American Century Investments identifies debt as a primary barrier to saving. 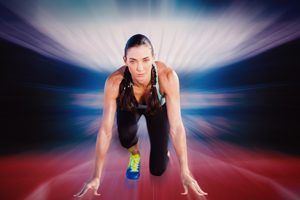 KANSAS CITY, Mo., July 30, 2019 /PRNewswire/ — Although 40 percent of retirement plan sponsors believe market risk is the most important factor in target-date investments, 41 percent of American workers are much more worried about running out of money in retirement, according to new research by American Century Investments. The seventh annual study, comprised of responses from 500 defined contribution plan decision makers and 1,500 full-time workers between the ages of 25 â 65, examined their thoughts and concerns about retirement savings. The survey compared and contrasted insights of both plan sponsors and participants, according to American Century Investments Vice President, Value Add Diane Gallagher.

“We found that plan sponsors and participants are on the same page regarding debt being the primary barrier to saving,” Gallagher said. “However, their views on risk, preferred levels of involvement by employers and the importance of environmental, social and governance (ESG) offerings clearly varied.”

Risk
Some 40 percent of employers reported that investment risk pertaining to market movements was the most important factor in target-date investments, which are the most commonly used default for retirement plans. Also, more than 60 percent were more concerned about their ficuciary liability now than ever before. Yet a comparable number of employees were much more concerned about longevity risk.

“Employees’ single-biggest fear is running out of money in retirement,” Gallagher said.

“Employers underestimate the level of help employees want,” Gallagher said. “We tend to listen to the ‘squeaky wheel,’ the person who says, ‘I’ve got this,’ but most workers want help; they want guardrails.”

ESG
The study found that the importance of offering ESG options in plans varied between plan sponsors and participants. Nearly all â 90 percent â of sponsors who offered or are considering offering ESG investments believe their participants would be interested, and two-thirds of sponsors say their retirement plan advisor is currently or should be recommending ESG solutions. However, only 37 percent of participants actually expressed some interest in ESG options. Gallagher noted that those individuals would be interested if the ESG investment’s performance was comparable to the average product.

employers and employees are aligned when it comes to the primary barrier to saving. For the first time, debt topped the list, ahead of other reasons such as not earning enough, unexpected expenses and enjoying today rather than saving...

“It will be interesting to track employee sentiment in the future and compare their interest in ESG choices down the road as individuals become more familiar with the term,” she added.

Sentiment
More than 85 percent of employees have at least a “little regret” about not doing a better job saving for retirement, while 20 percent express a “great deal” of regret. Furthermore, their top regret is not saving more: seven out of 10 said they did not save enough in the first five years of their careers.

Some 90 percent agreed that their workplace retirement savings plan is one of the most important benefits their employer offers.Â “We’ve seen a shift in sentiment over the years,” Gallagher said. “Employees are looking for a level of independence, versus affluence, as more of a measured goal for their retirement.”

Finally, employers and employees are aligned when it comes to the primary barrier to saving. For the first time, debt topped the list, ahead of other reasons such as not earning enough, unexpected expenses and enjoying today rather than saving.Â “We’ve heard plan participants say that they were always trying to get out of debt, so they didn’t start saving early enough,” Gallagher said. “The most important thing workers can do is take advantage of their retirement savings plan at work.”

Survey Methodology
The plan participant survey was conducted during the first quarter of 2019 and included 1,500 respondents between the ages of 25 and 65, currently working full-time outside the government. The data were weighted to reflect the makeup of key demographics (gender, income and education) among all American private sector plan participants between the ages of 25 and 65. Plan sponsor survey was conducted in first quarter 2019 and included 500 defined contribution plan decision makers. Plans ranged from 410 million to more than $250 million in plan assets. Percentages may not total 100 due to rounding and/or missing categories. Data collection and analysis were completed by Mathew Greenwald and Associates of Washington, D.C.