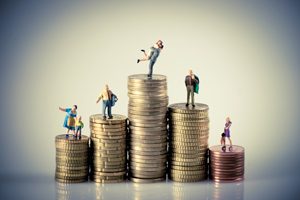 May 09, 2019 — BOSTON–(BUSINESS WIRE)–Fidelity InvestmentsÂ®, a broadly diversified financial services company with more than $7.4 trillion in client assets, today released its quarterly analysis of retirement savings trends, including account balances, contributions and savings behaviors, across more than 30 million retirement accounts. Average account balances rebounded in the first quarter after a slight dip at the end of 2018, buoyed by positive stock market performance as well as record contribution levels to retirement accounts.

Highlights from Fidelityâs Q1 2019 analysis include:

One of the most important aspects of a retirement savings strategy is making sure youâre contributing enough to reach your goals...

âOne of the most important aspects of a retirement savings strategy is making sure youâre contributing enough to reach your goals,â said Kevin Barry, president of Workplace Investing at Fidelity Investments. âWhile the growth of account balances is due to a combination of market performance and savings, both are critical to reaching long term retirement savings goals. Fidelity recommends saving at least 15% of your income for retirement and itâs encouraging to see that, on average, people are saving more for retirement.â

In light of the 10-year anniversary of the stock market reaching all-time lows during the financial downturn, Fidelity examined the accounts of 1.64 million individuals who have had the same 401(k) account since Q1 2009, and compared their current 401(k) account balance with their average balance 10 years ago. The following chart outlines the overall increase in balances for this group, along with specific analysis for millennials, Gen Xers and boomers5 within the overall population of 10-year continuous savers:

* Average balances in this analysis include 1.64 million accounts that have been continuously invested in the same 401(k) plan over the past 10 years. Past performance is no guarantee of future results.

About Fidelity Investments
Fidelityâs mission is to inspire better futures and deliver better outcomes for the customers and businesses we serve. With assets under administration of $7.4 trillion, including managed assets of $2.7 trillion as of March 31, 2019, we focus on meeting the unique needs of a diverse set of customers: helping more than 30 million people invest their own life savings, 22,000 businesses manage employee benefit programs, as well as providing more than 13,500 financial advisory firms with investment and technology solutions to invest their own clientsâ money. Privately held for more than 70 years, Fidelity employs more than 40,000 associates who are focused on the long-term success of our customers. For more information about Fidelity Investments, visit https://www.fidelity.com/about.

1 Dow Jones Industrial Average dropped to 6,443 on March 6, 2009, the lowest level recorded during the financial crisis of 2007-2008.
2 Analysis based on 22,800 corporate defined contribution plans and 16.9 million participants as of March 31, 2019. These figures include the advisor-sold market, but exclude the tax-exempt market. Excluded from the behavioral statistics are non-qualified defined contribution plans and plans for Fidelityâs own employees.
3 Fidelity IRA analysis based on 9.7 million Personal Investing IRA accounts, as of March 31, 2019 and includes all IRAs except for small business IRAs and IRAs distributed through the advisor-sold market.
4 Analysis based on 10,600 defined contribution plans, including 403(b), 401(a), 401(k) and 457(b) qualified plans, and 6.1 million participant accounts, for 4.6 million unique individuals, in the tax-exempt market, as of March 31, 2019.
5 Generational start/end dates were chosen to align with Pew Research. Boomers (born 1946 – 1964), Gen X (born 1965 – 1980), and Millennials (born 1981 – 1997).