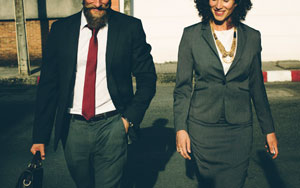 This yearâs Retirement Confidence Survey (RCS) finds only a third of retirees veryÂ confident in their ability to live comfortably throughout retirement (32 percent). While this is comparableÂ to last year, retiree confidence in having enough money to cover basic expenses and medical expenses hasÂ dropped: 80 percent say they are very/somewhat confident about covering basic expenses this yearÂ compared to 85 percent in 2017; and 70 percent say they are very/somewhat confident about coveringÂ medical expenses this year vs. 77 percent in 2017.

In addition, retireesâ confidence that Medicare andÂ Social Security will continue to provide benefits equal to what retirees receive today has significantlyÂ declined compared to last year, with fewer than half saying they are very or somewhat confident (46Â percent very or somewhat confident in Medicare this year vs. 52 percent in 2017; 45 percent very or
somewhat confident in Social Security vs. 51 percent in 2017). Only 7 percent of retirees say they areÂ very confident that each of these will continue to provide the same level of benefits they do today.

This is the 28th annual RCS by the nonpartisan Employee Benefit Research Institute (EBRI) and research
firm Greenwald & Associates. It is the longest-running survey of its kind in the nation, exploring theÂ retirement outlook of both workers and retirees.

âRetirees continue to be more confident in their retirement security than workers,â noted Craig Copeland,Â EBRI senior research associate and co-author of the report. âJust 17 percent of American workers sayÂ they are very confident in their ability to live comfortably throughout retirement, compared with nearly aÂ third of retirees who say that are very confident. However, nearly two in three workers (64 percent) sayÂ they feel very or somewhat confident in their ability to retire comfortably.â Copeland points out that theÂ percentage of workers who say they are at least somewhat confident is up from 60 percent in 2017.

âHealth care expenses in retirement appear to be playing a notable role in retireesâ confidence. RetireesÂ are less confident in being able to afford medical expenses and their confidence in affording long-termÂ care also declined,â said Lisa Greenwald, executive vice president of Greenwald & Associates, andÂ co-author of the report. âHalf of retirees say they didnât even try to calculate health expenses beforeÂ retirement, and more than four in ten retirees say their health care expenses are higher than they expected.Â However, those that did the calculation are less likely to report health is costing them more thanÂ expected,â she said.

A key disconnect reported in the survey is between workersâ expectations about relying on income fromÂ work in retirement, compared to retireesâ actual experience: 68 percent of workers expect income fromÂ working to be either a major or a minor source of income in retirement, whereas only 26 percent ofÂ retirees say that this income is a major or minor source. Workers also have different expectations aroundÂ Social Security than retirees have experienced: only a third of workers (36 percent) expect Social SecurityÂ to be a major source of retirement income, compared to 67 percent of retirees who report that SocialÂ Security is a major source of income in retirement.

âSatisfaction with DC plans is very important because that will encourage their use in building up assetsÂ for retirement. However, the data suggest many plan participants donât know what to do with their DCÂ plan assets at retirement. Three in ten (31 percent) say they donât know whether they will roll the moneyÂ into an IRA, keep it in the plan, or cash it out,â Copeland said. âAt the same time, participants areÂ interested in guaranteed lifetime income options either inside or outside of their plan, which could be dueÂ to the lower expected reliance of workers on other guaranteed income sources like Social Security andÂ traditional pension plans.â

Four in five current DC participants express interest in putting some or all of their money in guaranteedÂ lifetime income products, regardless of whether the product is an in-plan investment option or a separateÂ product purchased outside of the plan at the time of retirement. Furthermore, 21 percent of current DCÂ participants say they will use their money in their plan to purchase a product that provides guaranteedÂ monthly income for life, a notably larger share than the 7 percent of retirees who report that they haveÂ purchased such a product with DC assets.

The survey report, âThe 2018 Retirement Confidence Survey,â is available here.Â About the Survey: The survey was conducted from Jan. 3, 2018 to Jan. 16, 2018, through onlineÂ interviews with 2,042 individuals (1,002 workers and 1,040 retirees) ages 25 and older in the UnitedÂ States. The results have a margin of error of plus or minus 3.16 percentage points for all workers and 3.1Â percentage points for all retirees.

The Employee Benefit Research Institute is a private, nonpartisan, nonprofit research institute based inÂ Washington, DC, that focuses on health, savings, retirement, and economic security issues. EBRIÂ conducts objective research and education to inform plan design and public policy, does not lobby andÂ does not take policy positions. The work of EBRI is made possible by funding from its members andÂ sponsors, which include a broad range of public, private, for-profit and nonprofit organizations. For moreÂ information go to www.ebri.org or www.asec.orgÂ Greenwald & Associates is a leading, full-service market research firm specializing in retirement,Â employee benefits, and health care research. For more information, go to www.greenwaldresearch.com