Tango-On: Sequestration a non-event… for now 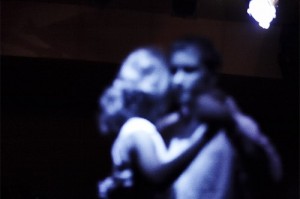 Markets stumbled early [last] week on concern that Italy’s deadlocked election results might threaten Europe’s economic recovery. However, they picked up steam later in the week, bolstered by strong economic data. While last Friday’s sequestration deadline weighed on investor nerves, markets still ended the week in the black, with the S&P 500 gaining 0.17%, the Dow gaining 0.64%, and the Nasdaq gaining 0.25%.

As many expected, the sequestration deadline came and went on March 1, demonstrating Washington’s unwillingness to compromise on either side of the issue. With no deal in sight, President Obama formally ordered the start of $85 billion in government spending cuts Friday evening. Markets shrugged off the sequestration deadline, perhaps trusting that lawmakers will pull themselves together before the full weight of the cuts are felt. Although spending cuts have been ordered, it will take time for the gears of government to turn, and the major effects may not be felt until early April, when the first furloughs begin.

Fed Chairman Ben Bernanke made several speeches last week with a clear message: The Fed will keep long-term interest rates low to encourage economic growth. Despite some dissension in the ranks, the Fed will continue its program of loose monetary policy while closely monitoring financial markets to curb inflation risks.

Markets shrugged off the sequestration deadline, perhaps trusting that lawmakers will pull themselves together before the full weight of the cuts are felt. Although spending cuts have been ordered, it will take time for the gears of government to turn, and the major effects may not be felt until early April

Also making headlines last week, the results of Italy’s election show a close split that leaves the country without a plausible governing coalition. Voters showed their frustration with austerity measures and lack of economic growth by splitting their votes among three politicians who are unlikely to hold a political mandate strong enough to confront Italy’s worst recession since WWII. In order to stave off additional economic trouble, Italians must be willing to accept serious structural changes in the future.

Investors reacted positively to a number of economic reports showing that the U.S. economy is doing well. Despite new payroll taxes, consumer spending grew a modest 0.2% in January;Â  this is great news because consumer spending often drops after the holidays as Americans tighten their belts. In the housing sector, sales of new homes increased nearly 16% to the highest level since July 2008. At the same time, sales of existing homes has fallen but the increasing demand for new homes has added momentum to the housing recovery.