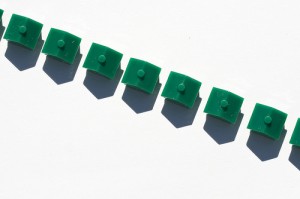 Ms. D’Vari is manager of corporate communications for New Oak Caotil. Connect with her by e-mail: [email protected]

“Due to hundreds of thousands of foreclosed single family units made available for sale by servicers, institutional investors have become attracted to and investing in the 1-to-4 unit rental housing strategy,” says Ron D’Vari, CEO and Co-Founder of NewOak.

Private equity funds are actively pursuing the strategy of buying up foreclosed single-family properties, repairing and renting them (“REO-to-Rent”). This is a change from the earlier REO activities by local players that flipped the properties to buyers that intend to occupy them. The end owner-occupants would be able to finance these units at historically low interest rates. The scope of these activities were limited due to capital constraints and qualified owner-occupant home buyers.

Institutional investors have been using some of the same savvy local groups that were buying REOs in auction, fixing and flipping them. The difference now is that the local bidders intended to sell them to PE funds. Hence, REO sale prices have been steadily rising. This has contributed to the perception that the housing recovery is on the way.

The skeptics have questioned the real quality and depth of the US housing recovery which had been occurring in the midst of the highest foreclosure activity. Despite accelerating residential REO liquidations, the auction prices of single-family housing have been steadily rising due to the institutional investors demand.

To maximize their recoveries, GSEs also have put in place REO-to-Rent programs of their own. Under Freddie Mac’s REO Rental Initiative, labeled as a temporary initiative for the time being, qualified former owners have an option to lease properties in which they still reside in after legal foreclosure by servicers on behalf of Freddie Mac. However, to qualify for the rental, the house must be in good condition, meet state laws, local code requirements, and be environmentally free of hazards. This could be an issue unless the servicers are willing to deal with the deferred maintenance.

Institutional investors have been using some of the same savvy local groups that were buying REOs in auction, fixing and flipping them. The difference now is that the local bidders intended to sell them to PE funds. Hence, REO sale prices have been steadily rising. This has contributed to the perception that the housing recovery is on the way.

The rental housing strategy is spreading to London and south of England. Prudential asset management is about to become one of the first institutional investors to enter the UK rental housing market by purchasing of more than 500 homes from the Berkeley Group. This will be a pivotal transaction and will encourage others to follow.

Once the institutional infrastructure for investing in single-family housing has been established and scaled up, many expect the funds to continue it as long as the income and returns stay relatively attractive. This phenomenon is partly driven by another set of forces well in place. Many potential first-time buyers who have recently entered the job market from schools are no longer eligible for loans due to large amount of student loans they have taken on. This keeps an upward pressure on rents but help home prices remain stable. These factors combined with low interest rates, continued supply, and desperate search for higher yields, will keep the rental housing returns relatively attractive to institutional investors for foreseeable future.

Stocks Performed in Q1, So Whatâs Next?

“New York Senator William Marcy famously said, âto the victor go the spoils,â. In the first quarter of 2013, the bulls were the big winners and were rewarded for their risk-taking in US equities,â says James Frischling, President and Co-Founder of NewOak. âUS equities delivered record highs and the Dow Jones Industrial Average had its best quarter since 1998. So where do we go from here?â

Whenever youâre in record territory, itâs only natural to worry about when the party is going to end and about staying too long. The first quarter was fueled by low rates, renewed liquidity and a growing optimism that economic growth was improving. Heading into the second quarter, rates remain low and liquidity abundant, but the economic growth story carries both questions and challenges.

While it no longer gets the headlines, expect economic reports to start showing some level of weakness in the coming quarter as a result of the government spending cuts starting to impact the economy. Federal spending will drop by more than $40 billion through the end of the year because of the automatic spending cuts that were created as part of the debt-ceiling compromise. Paychecks are also smaller as a result of the yearend tax increases in connection with the Fiscal Cliff. Thereâs no doubt that both revenue increases and cuts in spending are important parts of fiscal responsibility, but they also hurt consumer confidence and create headwinds for growth.

Over the past three years, April has proven to be a turning point where peaks were followed by 10% to 19% drops. Donât expect a repeat of years past, but a pullback of 5% to 10% is certainly not unreasonable.