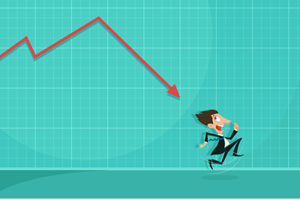 In this week's commentary, we want to draw your attention to a significant market anniversary. Five years ago, on May 6, 2010, the U.S. stock market experienced a "flash crash" when the Dow Jones Industrial Average plummeted nearly 1,000 points in minutes, erasing almost $1 trillion in market value.

The Dow immediately reversed itself and regained much of the lost ground that day. The event, caused by a large institutional trading program, was the largest single day drop in market history and caused an immediate media frenzy.

In the weeks after the crash, news outlets blazed with headlines like: "Mean Street: Crash – The Machines Are in Control Now" and "Was Last Week's Market Crash a Direct Attack By Financial Terrorists?"

Fear mongering by talking heads led many investors to worry that they were outclassed by big traders. A London-based trader was indicted last month for contributing to the 2010 crash by placing fraudulent orders that helped spark the selloff.[

Fortunately, the flash crash was a miniscule blip on the market radar and ended up having very little effect on most investors. So, what have we learned in the five years since then? Despite panics and flash crashes, financial markets are still functioning.

Though the past can't predict the future, U.S. markets have survived panics, crashes, bubbles, and crises and risen again.

You'll always find someone to tell you that the sky is falling and markets won't recover from some event. Though the past can't predict the future, U.S. markets have survived panics, crashes, bubbles, and crises and risen again.

Today's markets are volatile and unpredictable. Smart investors don't worry too much about what markets are doing this week, this month, or even this year. Instead, they focus on their own financial goals and create strategies that can withstand challenging market environments.

Flash crashes (or some other minor event) could happen again. Today's markets are flooded by orders generated by sophisticated trading programs and institutional investors. Though Congress acted swiftly to institute "circuit breakers" that pause trading in stocks that experience a violent swing, it's possible that another confluence of events or intermarket feedback loop could cause a similar problem in the future.

Since we can't predict these "black swan" events, we work hard to build prudent strategies and carefully manage risk. Things aren't always as bad as the media makes them out to be. The media makes money on eyeballs and shocking headlines.

As always, for all of our clients, it's absolutely critical to both their portfolio and mental health that they learn to tune out the noise and focus on fundamentals.