The Relevance of Women as Financial Representatives 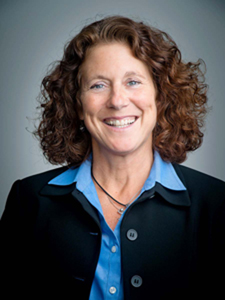 Ms. Viner is the vice president of agency management and leadership development for The Guardian Life Insurance Company of America. In this role, Emily is responsible for the growth, development, and retention of Guardianâs sales managers. Connect with her by e-mail: [email protected].

Any company with an eye to the future is concerned with growth. The question goes beyond simply determining HOW to grow, but how to sustain that growth over the long term to remain relevant for yearsâand generationsâto come. We, as an industry, need to do more than just speak to the needs of our markets. We have to speak to them on their terms and in their image. In other words, we need to reflect the people we call clients in order to keep them.

Given the fact that half of the entire population of the Unites States is comprised of women, we have some catching up to do. And since women have a quickly-amplifying voice in matters of financial security and independence, we need to get to work…now.

What do we know about this segment of the population? For one thing, they are becoming an increasingly powerful force in decision making. Because of our aging population, women are poised to inherit 70% of the $41 trillion in intergenerational wealth transfer expected over the next few years. We also know that more than 70% of female investors say they prefer to work with a female advisor. That same percentage of married women, 70%, will fire their financial advisor within one year of their husbandâs death. And itâs also worth noting that the average age a woman becomes a widow is 57.

Putting the pieces together, women are gaining more control over financial decisions. Theyâre using that control to determine with whom they want to work. This points toward a truly significant and timely opportunity for the industry to better parallel the market now and in the coming decades.

An equally compelling reason to strive for gender balance in our industry is that it is also a boon for the bottom line. In fact, research shows how gender-diverse teams DOUBLE their chances of exceeding expectations compared to all-male or all-female teams. It turns out that todayâs world requires a new adage: great minds think unalike.

Simply put, in order to remain relevant and vibrant for the future, we need to attract, develop and advance more women as financial representatives..

Looking at Gender From Outside and Within

Armed with these emerging trends, we at Guardian understood the implications and the opportunities that this big picture presented for us. What was not as clear, however, was what to do about it. We went to two sources to find out where the disconnect was and to start developing strategies to move forward.

We looked externally, consulting with experts to begin educating ourselves on the science of and behind gender intelligence. Yes… there is science that supports the differences between men and women. And with new insights, we began to dig deeper into how to leverage the knowledge and turn it into action. We needed to see where we were to see how far we need to reach.
We also did research within our own ranks by conducting a Market Intelligence survey of our entire field force. We had to determine the cause in order to change the effect. To do that, we wanted to uncover the deep-rooted impressions and underlying perceptions that might be presenting roadblocks to women in the business. And we wanted to determine how best to start to change the dynamic.

Much of what we heard back from the men and women in our field force was logical. Some was actually surprising. Overall, we gained insights that helped us develop strategies that make sense for any company in our industry.

In our survey, 21% of the females who responded said that perceptions of the industry as male-dominated was a barrier to their success. Also, 22% of the men who answered actually think that women are kept out of the field because they âarenât interested in finance.â Both findings point to things that need to change.

Achieving gender balance in the insurance industry is not a new conversation. In fact, it is one that has circled back around many times through the years. Letâs face it, we havenât moved the needle very much in the past few decades. Effecting change means changing the way we think and act. The first step may be in correcting some misperceptions and within our own companies and the industry. And at the same time, we need to break down the barriersâperceived or otherwiseâthat have gotten in the way.

Once we start to think differently, different behavior will follow. Case in point is one of our agencies that, in terms of gender balance, has been ahead of the curve. Our California Pacific agency understands that some of the fastest growing segments in the business market are women business owners and single mothers running households. Theyâve created an environment and a culture that attracts women, thereby providing a âmatchâ to serve those markets. However, they do not specifically recruit women. In fact, according to Associate General Agent Travis Hart, their aim is to recruit the best talent AND make sure theyâre opening that door to a career women can hold. Thatâs attracted women to the firm who have found success. And now the agencyâs management can point to top female agents, making it so much easier to attract other women.

Putting the pieces together, women are gaining more control over financial decisions. Theyâre using that control to determine with whom they want to work. This points toward a truly significant and timely opportunity for the industry to better parallel the market now and in the coming decades

In our survey, our female reps said that NOT having a role model was one of the greatest barriers to their success. Seven out of 10 experienced female reps selected mentorship programs as the most valuable for them during the early part of their careers. Proof that mentorship is critical to gender balance is that the California Pacific management team is 56% female, making it natural for them to attract women to and develop them in the career.

This is one of Guardianâs top priorities during 2014. We are starting to reach out to all of our female reps to see whether they want mentors or if they want to BE mentors. Weâre helping them make connections, because often, there are no other women in an office to help each other out.
Having women to look up to has also contributed to the success of Guardianâs Fort Myers agency, which has 32% women overall. With the top producer a woman, General Agent Douglas Gribin, CLU, ChFC, knows that successful women attract successful women. He believes that thereâs a tipping point at which you have enough women that it becomes easy to recruit women.

Recruiting more women is only a fraction of the total effort. To really make substantive changes in the overall composition of the industry, we simply need to have more women in leadership. That demands a clear and defined path to follow.

Five years ago, Guardian started to build out a structured Career Path designed to allow us to grow our leaders from within. It starts with identifying potential Sales Managers and takes them right through to agency head positions. As a result, we have increased the number of female Sales Managers by 71% in 2013.

Recently, Guardian promoted one of the female âgraduatesâ of these programs to the first-line position of Managing Supervisor, leading the way for others to follow the same path.

In our survey, we found that female reps are less likely than their male counterparts to feel they have the support they need to be successful. The issue may not be as much as having the support as it is having ACCESS to that support.

In Fort Myers, agency leadership knows they have really talented women who want to help grow the agency. The rest of their community of women sees that they can be successful AND live their lives their way in terms of flexibility, time and family. Thatâs a community people want to join. However, not every woman in the business has that type of community feel or support right in their agency. Therefore, for a company to encourage and foster leadership, itâs critical to help create a community for and with women.

Guardian has approached this from a couple of different directions. We began our annual Women Producers Summit in 2006, providing our reps with very specific support and speakers to help them with the issues, challenges and opportunities they face. We also established an exclusive LinkedIn community in 2012 as well as a Facebook community, âbe meaningfulâ ¢,â in 2013. These give our female reps a vehicle to share interests, draw inspiration and find kindred entrepreneurial spirits. Also, at every field meeting throughout the year, we invite women to a special gathering of some kindâwhether it be a breakfast, lunch or other social gathering. This gives them another less formal outlet for networking and building the community they know to be critical to their success.

It may be stating the obvious, but the fact is that our study revealed that nearly half of all female reps said that the reason they did not pursue leadership positions was because they were ânot being asked.â

In all honesty, this was our biggest wake up call. Of course, if women are not being asked to consider a leadership position at the same rate as men, the disconnect will continue. It goes back to #1âwe have to think and behave differently if we want to even begin to make strides in balancing this industry in terms of gender.

Of course, diversity encompasses more than just gender. And as we move forward with our efforts to open up the industry to more women, the natural next step will be balance on all fronts. The best we can all do is to take one step at a time. The most important is to get started.