Relationship Tension and Anxiety are Hidden Costs of Debt 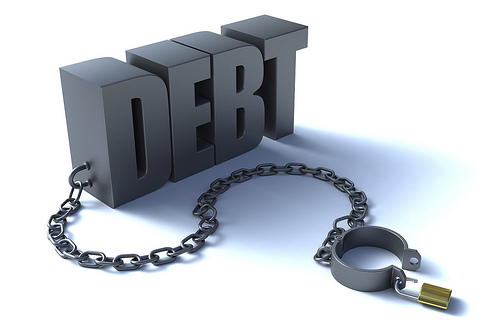 Household debt is now at a record-high

New research on the burden of debt from the American Institute of CPAs (AICPA). Visit www.aicpa.org

NEW YORK (November 30, 2017) â The old saying goes, âmoney canât buy happiness.â It should also say âand debt can make you anxious, keep you up at night and cause problems in relationships.â

Thatâs according to a new telephone survey of 1,004 U.S. adults conducted by Harris Poll on behalf of the American Institute of CPAs (AICPA). The survey found nearly three-quarters of Americans (73 percent) are living with debt driven by factors such as everyday expenses, a lack of income, mortgage costs and student loans, reflecting the far-reaching potential impact of debt upon society.

Recent data shows outstanding household debt reached a record high of $12.84 trillion, making this survey timely. With U.S. consumer spending growing at its fastest pace since 2009, it appears the frugal habits many Americans adopted directly after the Great Recession are a thing of the past.

Whatâs more, the downside of debt goes well beyond the interest Americans are being charged. According to the telephone survey, two-in-five (39 percent) saying they feel anxious at the mere thought of paying off their debt.

âFor Americans watching their debt levels rise while they struggle to make monthly payments, the situation can feel hopeless and have a serious impact on their quality of life,â said Greg Anton, CPA and chair of the AICPAâs National CPA Financial Literacy Commission. âThe good news is, people donât need to be held hostage by debt. Establishing a plan to live debt free in the future will help reduce your anxiety today.â

Of those, one-in-five (21 percent) say debt is causing relationship tension with a spouse or partner and one-in-ten (11 percent) have misled family or friends about their financial situation. Debt is not just impacting life at home, it has found ways to creep into all aspects of the day. Nearly a third (31 percent) admit to worrying about their debt in general while nearly one-in-five (18 percent) say they worry while at work and one-in-four (25 percent) worry at bedtime.

Living with debt has become a financial and mental burden for nearly three-in-ten Americans with debt (28 percent) who stress about everyday financial decisions because of their debt. Nearly one-fifth of Americans with debt (19 percent) have received letters and calls from collection agencies. While the low interest rate environment has the potential to keep payments lower, one-in-four (25 percent) say that theyâre worried a rate hike could change that.

Millennials are now the largest generation in the U.S. and debt is playing a huge role in their lives

Nearly seven-in-ten Millennials with debt (68 percent) admit it has had a negative impact on their everyday life compared with roughly half of Baby Boomers (48 percent) and three-fifths of GenXers (59 percent) with debt. Most concerning, the survey found that of those with debt, Millennials are twice as likely to worry about debt compared to Baby Boomers (M: 43 percent, BB: 19 percent) and more than a third (37 percent) admit that their debt causes them to stress about everyday financial decisions.

âDebt is taking a greater mental toll on Millennials than older generations. But the good news is that they also have the most time to do something about it,â added Anton. âPositive financial changes incorporated into a plan now can lead to a big positive financial benefit over time.â

Not all debt is created equal

It is often said that investing in yourself, be it through education or professional enrichment, or investing in real estate, is good debt to take on. Seventy-one percent of Americans with debt agree that certain debt can be a smart investment and a way to improve your long-term financial situation.

Looking at the causes of Americansâ debt, everyday expenses or bills (44 percent) was the most commonly cited, with one-in-three saying their debt is driven by not enough income (36 percent), car payments (33 percent) and healthcare costs (32 percent). However, âgood debtâ still adds to overall debt levels, with 41 percent citing their mortgage and 23 percent pointing to student loans as driving their debt.

everyday expenses or bills was the most commonly cited cazuse of debt, followed by not enough income, car payments and healthcare costs

âIn many cases, it makes good financial sense to invest in yourself in the form of taking out student loans for higher education or taking on a mortgage as an investment for you or your family,â said Anton. âItâs important to be realistic about the long-term costs and benefits of any debt you take on. Job markets can change and housing markets have peaks and valleys. Even so-called âgood debtâ can linger, accruing interest and negatively impacting your entire financial life.â

The good news is that 42 percent of Americans believe their debt level will go down in the next five years – more than twice as many as those who think their debt level will go up (18 percent). With a plan, paying off your debt is possible. Here are four tips from the American Institute of CPAs National CPA Financial Literacy Commission to help Americans put together a plan of their own to pay down their debts and help put their minds at ease.

To help Americans on their way to a better financial future, the AICPA created the 360 Degrees of Financial Literacy website which provides articles, calculators and Q&Aâs on the topic of debt.

Survey Methodology
This Harris Poll was conducted by telephone within the United States between September 28 and October 1, 2017, among 1,004 adults, aged 18 and over, including 504 interviews from the landline sample and 500 interviews from the cell phone sample. 678 identified as having debt. 180 adults were Millennials, 164 were GenXers and 364 were Baby Boomers. Figures for age were weighted (using data from the Current Population Survey) where necessary to bring them into line with their actual proportions in the population.

About the American Institute of CPAs
The American Institute of CPAs (AICPA) is the worldâs largest member association representing the CPA profession, with more than 418,000 members in 143 countries, and a history of serving the public interest since 1887. AICPA members represent many areas of practice, including business and industry, public practice, government, education and consulting. The AICPA sets ethical standards for its members and U.S. auditing standards for private companies, nonprofit organizations, federal, state and local governments. It develops and grades the Uniform CPA Examination, offers specialized credentials, builds the pipeline of future talent and drives professional competency development to advance the vitality, relevance and quality of the profession.