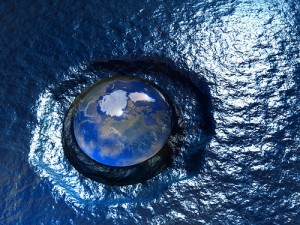 WEST PALM BEACH, Fla., Jan. 28, 2020 /PRNewswire/ — There was a time when a midnight coup in some far-off land sent US investors scurrying for the sidelines. Hackneyed invest-in-gold-now ads appeared everywhere, from out of nowhere, and cash poured into money market accounts with the veracity of melting snow in an Aspen avalanche.

The Venezuelan government is so disordered that it’s unlikely even Venezuelans know who’s running the show. North Korea unabashedly touts their nuclear weapons capabilities like Ralphie Parker with an official Red Ryder carbine action air rifle. The Chinese communist party is working overtime to keep protester clashes under control, refusing to use more accurate terminology like civil war. At home, Southern California just rolls from one devastating wildfire to another and the President of the US is knee-deep in impeachment proceedings.

These five events are enough to constitute economic Armageddon, and there are at least another eight that have been omitted from this recap solely for the sake of brevity.Â Despite all of this threatening, clashing, struggling, burning and impeaching, the domestic markets keep hitting record highs, unemployment is at an all-time low and the housing market is still strong as an ox.

Maybe it’s time to rethink turmoil and its correlation to the US economy, particularly the public markets.

Attorney Laura Anthony is the founding partner of Anthony L.G., PLLC, a national corporate law firm based in West Palm Beach, Florida. Ms. Anthony’s firm represents more than 50 public companies and that number is growing. From her vantage point, the number of entrepreneurs currently preparing to take their private companies public continues to grow despite the ability for some companies to access private equity and stay private longer.

“Clients don’t generally discuss global issues when they have an IPO on the table,” Ms. Anthony said. She continued, “These are some very astute, educated and highly aware individuals. My belief is that the domestic markets have been so strong for so long that Pubco professionals have a tendency to focus on smaller, more specific crises that may impact their particular sector.”

Maybe there is a lesson to be learned here. The old adage, “When America sneezes, the world catches cold” may be more accurate than previously thought.

Foreign Markets Are Not So Robust

One such example is Argentina, a country with the second-largest economy in South America, just behind Brazil. Argentina boasts an upper middle-class standard of living and benefits from an abundance of rich natural resources, a highly literate population, an export-oriented agricultural sector, and a diversified industrial base. Considering the aforementioned, Argentina sounds like a very attractive place to set up shop and build an empire.

However, according to CNBC contributor David Reid, at the beginning of 2019, the renowned emerging markets investor Mark Mobius announced that his firm was staying away from Argentina.

“Quality of life has declined; education levels have gone down, and we are not happy with the macroeconomic situation yet. There has been a lot of pain and people can only take so much.”

Mobius said he would look again only if then President Mauricio Macri could get a strong mandate in upcoming elections. The primary vote came in August, Macri lost heavily, and the market followed Mobius out of the door.

Argentina’s stock market plunged more than 30% in the days following that shock result. According to one data set, it was the biggest stock market index fall in any country since 1950. In the immediate hours following the surprise poll, the peso lost 15% of its value versus the U.S. dollar.

Let’s think about this: Mark Mobius voices his opinion regarding an upcoming election in Argentina, citizens decide not to re-elect the incumbent and their stock market drops like a rock in a pond. Economics is a complex dynamic but this scenario is simple cause and effect, with a very serious effect.

Reid also chronicled how easily the Egyptian markets can be torpedoed.

Recently, various worldwide media outlets reported demonstrations against the Egyptian government in several cities including Alexandria and the capital, Cairo.

Demonstrations in Egypt have been illegal without government approval since 2013 when President Abdel Fattah el-Sisi led a military coup against the Muslim Brotherhood’s Mohamed Morsi. Morsi died during his trial in June this year.

The protests had a direct effect on Egypt’s EGX 30 stock market, causing an 11% slump that wiped out all gains accumulated in 2019, as investors appeared to take their profits and run. Goldman Sachs analyst Farouk Soussa said in a September note that the negative impact on Egyptian risk assets could be more sustained should the political instability continue.

It should be noted that in addition to oil, Egypt has a tremendous excess of natural gas that will exceed the country’s demand for decades. Their Ministry of Petroleum has determined that expanding the Egyptian petrochemical industry and increasing exports of natural gas are its most significant strategic objectives. A high-growth opportunity has become overwhelmingly apparent.

Even so, a couple of public protests and the EGX 30, the Egyptian equivalent of the Dow, cracks.

Once the hoopla dies down and the handmade signs have all been disposed of in the correct recycling bins, everyone goes home and lives to protest another day. Best of all, the indexes keep going higher, and higher, and higher. It's unlikely that domestic investors will flinch, or even care, that Argentina and Egypt have stock markets with glass jaws...

In the US, a day without protest is a day without sunshine. There’s perpetually a group assembling and speaking out against one or more inequalities, disparities or discrepancies. These groups may be comprised of students, people who share a common ethnicity or social status, or labor union members.

They can be pro-gun, anti-gun, leftist, rightist or somewhere in between. They assemble in or around financial centers, state capitals, large corporate headquarters and every conceivable place where they can voice their cause in front of the media. Everyone has an opinion and has the right to espouse it, as long as it is done in an orderly fashion and the proper permits are in place.

Once the hoopla dies down and the handmade signs have all been disposed of in the correct recycling bins, everyone goes home and lives to protest another day. Best of all, the indexes keep going higher, and higher, and higher. It’s unlikely that domestic investors will flinch, or even care, that Argentina and Egypt have stock markets with glass jaws.

Let’s flip this equation and take a look at a country that possesses numerous American attributes to assess how their market fares when instability inevitably rears its head.

There’s Ayer’s Rock: legendary surfing, the Sydney Opera Theater and enough natural resources to choke a kangaroo. Australian’s speak English, sort of, and that makes it a very popular destination for Americans. No language barriers to traverse.

Australia boasts the sixth-largest American population in the world, right around 100,000, and that number is growing. Australia has experienced rapid economic growth over the last 15 years. It’s urban, multicultural, and one of its greatest appeals is its US-similar culture. It’s just different enough to interest Americans and similar enough to make them feel right at home.

Business journalist David Chau presents the finance report on ABC News Radio, and is a business reporter based in Sydney. He recently reported that the ASX, the Australian Stock Exchange, has just soared to its highest level ever â exceeding the 7,000-point milestone for the first time. This transpired despite the fact that the “phase one” trade agreement inked by China and the United States was deemed as lukewarm, not as good as expected.

What makes this particularly interesting is that the Australian and Chinese economies are tethered closer than most. The relationship goes back decades and both countries are actively engaged economically, culturally and politically. China is Australia’s largest trading partner, and has invested in Australian mining companies to help meet the needs of its growing economy.

Relations between the two countries began to deteriorate in 2018 due to growing concerns of Chinese political influence in various sectors of Australian society including the government, universities and media. However, this perceived rift is virtually inconsequential when compared to the current civil unrest in Hong Kong.

This is civil war, regardless of the more palatable terminology used by the media. Even so, the ASX isn’t skipping a beat. Think of the Hong Kong financial district as the Chinese equivalent to our Wall Street and then factor in approximately three fiscal quarters of uninterrupted urban warfare. If this level of disruption can’t even put a dent in the ASX, it’s difficult to imagine what would.

To conclusively state that the public markets in countries that possess fundamentally American attributes are stronger than their cultural counterparts, is a stretch. This topic has many, many elements and numerous variables. It is a theory more accurately suited for a master’s thesis or thick economics textbook.

Currently though, global analysis is not manifesting as domestic paralysis in terms of IPOs, private equity deals and going public transactions. If and when domestic indexes correct there is always the comforting assurance that US markets are the most resilient on the planet. Our worst days are still far better than best days around the globe.