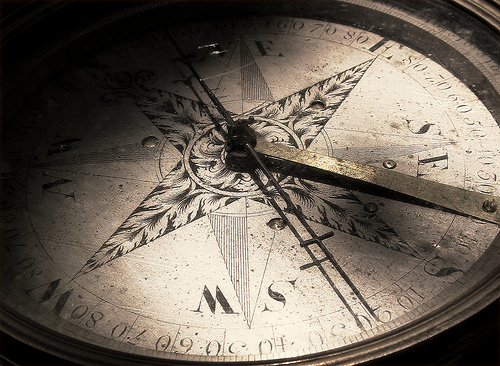 We started setting money aside for our childrenâs college education relatively early, but as they began actually considering their options, it was clear that our savings wouldnât be enough to cover the expense at some of the schools on their lists. Moreover, while all three wouldnât all be in college at the same time, there was enough overlap to make it âcomplicated.â

While we didnât want to limit our kidsâ college choices, we had certain real world constraintsâand so we told them how much we could contribute to their college expenses, and that they were free to make up the difference between that figure and the actual expense of the college they chose through their own work, scholarships, and/or debt. As a practical matter, defining our âcontributionâ may have taken some options off their lists, but, certainly in hindsight, it seemed to give them focus and some real-world contextâa reference pointâfor one of the biggest financial decisions of their lives.

Employers have been interested in and have tried to implement the âdefined contributionâ concept for health benefits in a number of different ways. The Revenue Act of 1978 started it with Sec. 125 and flexible spending accounts and âcafeteria plans.â A recent EBRI Issue Brief outlines some of the more recent history, the introduction of health reimbursement arrangements (HRA) in 2001, health savings accounts (HSA) in 2004, and the more recent trend toward private health insurance exchanges, where employers provide a fixed amount of money for workers to use toward the cost of health coverage.

However, the primary focus of the report is another defined contribution approach called reference pricing (RP), under which plan sponsors either pay a fixed amount or limit their contributions toward the cost of a specific health care service. If a plan member chooses a health care provider or service that costs more, he or she must pay the difference in price. Reference pricing is receiving more attention and consideration today because of growing plan sponsor interest in managing health care costs, but the approach is still relatively new; in 2012, 11 percent of employers with 500 or more workers were using some type of RP, and another 16 percent were considering it.

How might such an approach impact cost? EBRIâs analysis indicates that the potential aggregate savings could reach $9.4 billion if all employers adopted reference pricing for the health care services examined in the paper, some 1.6 percent of all spending on health care services among the 156 million people under age 65 with employment-based health benefits in 2010.

From an employer perspective, the approach establishes a cost threshold for the service(s) selected, but as the EBRI analysis notes, plan sponsors should obviously consider a number of issues as they weigh adopting reference pricing, including how the reference price is determined and how providers may react. Communication to plan members is also key to effective use of reference pricing.

For plan members, it could represent the potential for expanded choice with some pricing contextâbut, as with my kidsâ college selection process, theyâll likely need more data on prices and quality in order to make truly informed decisions.
Notes
The full report is published in the April EBRI Issue Brief, âReference Pricing for Health Care Services: A New Twist on the Defined Contribution Concept in Employment-Based Health Benefitsâ available online here.