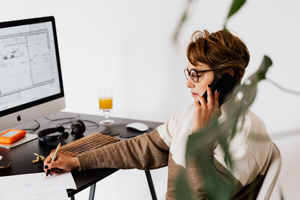 Mr. Kelley, co-founder of The Kelley Group, is a recruitment coach focused on the financial services industry and is co-author of the book The Recruiting Conundrum: A Consistent, Disciplined Approach to Attracting Top Talent. Visit www.thekelleygroup.net.

In last monthâs article (view here), I listed a four-step recruiting process that was proven effective in a four-month study. The first step we provided was a system for building a network of goodwill ambassadors to help fill your pipeline with viable recruits. If, since reading the article, youâve actively engaged in building your network of ambassadors, your list of potential recruits will have grown substantially, and youâre ready to take the next step.

In this article, weâll explore how to identify key characteristics and motivating factors of the recruiting candidates prior to and during the interviewing process to ensure you address their decision-making hot spots and to determine if they are a good fit for your firm.

Too often, managers take the easy way out when it comes to recruiting. They skim over the credentials and then decide to âgive âem a chance.â After hours of onboarding, training and orientation, this often results in dollars down the drain. The new recruit isnât happy and the manager is less than thrilled with new recruitâs work ethics, quickly sending both back to square one.

Over the course of my nearly 30-year career in coaching and mentoring managers, I have come to find that the following three-step process allows managers to filter the motivating factors of potential recruits and determine if moving to the firm will benefit both them and their firm. They include:

Step 1: Can they do what you need them to do?

This first step is probably the easiest and the most widely used when evaluating a potential recruit. Just by reviewing their credentials, information can be garnered to evaluate their track record and concrete accomplishments.

This step is a little nebulous compared to the other two, yet in many ways itâs the most important, it will be our main focus for this article. It includes trying to assess the advisorâs reasons for leaving his current firm and the motivating factors that will influence his decision to move to yours.

Step 3: Are they a good fit for your firm?

The current culture of your organization relates to its values and the values of the individuals who work there. Itâs important to know if the recruitâs values correlate to those of your already exiting group.

The Psychology of Decision-Making

Itâs estimated the average adult makes 35,000 decisions each day. While some take more serious consideration, others are simple, such as what clothes to wear, when to eat or what time to go to work. What if each time you had to make a simple decision you had to stop and carefully think about it? It would be a slow and laborious process, and youâd be overwhelmed by the end of the day. Instead, the mind has the ability to make decisions in a quick and coherent way.

Too often, managers take the easy way out when it comes to recruiting. They skim over the credentials and then decide to âgive âem a chance.â After hours of onboarding, training and orientation, this often results in dollars down the drain...

All too often during the interviewing process, managers have never learned how to identify the recruitâs decision-making strategy, yet everyone has one. The subconscious way they make their decisions is the key to assessing their underlying reasons for wanting to move to a new firm.

In our years of research, weâve found people tend to make decisions one of two ways: either by (1) moving toward a solution, or (2) moving away from a problem.

While we tend to think that the way we, personally, make decisions is the right way, both of these methods are valid. They just represent a different way of thinking.

During the interview process, you will need to determine which of these strategies the recruit utilizes. Are they unhappy with their current company and if so why (moving away)? Or do they feel a move will give them opportunities for bettering themselves and/or their practice (moving toward)?

Once you obtain this critical data, you will know how to position yourself. Youâll know whether to base your dialogue on how your organization offers a solution to the problems and dissatisfaction the recruit has with their current firm, or whether to focus on the opportunities and benefits your company offers.

During the decision-making process, a person sorts their world in one of five key areas:

While a person can be influenced by a number of these factors, one is usually primary and determines what a person is moving toward or away from. During the interview process, you can learn what the recruitâs primary sort or motivation is by asking a few simple questions during the âget to know youâ phase.

When mentioning a decision the recruit had to make, either personal or professional, ask:

By listening deeply, youâll hear immediately what they are moving toward or away from, and it can have a big impact on how you close them. For example:

These simple but astute interviewing skills will help you identify the best candidates for your firm. The important thing is to be interested, not just in the decision the recruit is making, but how they are making that decision. Then, when you are presenting your opportunity, youâre doing it in a way that aligns with the personâs already existing way of thinking. Youâll be speaking the right language, and your message will be powerfully received.

In Part III of The Recruiting Conundrum, weâll discuss how to develop an effective value proposition that leads prospects to understand why you and your firm is the best fit for them.