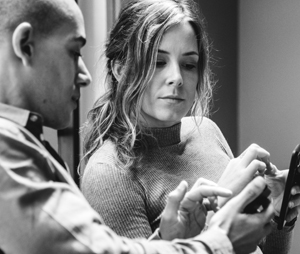 MADISON, Wis. â Middle-class Americans are less optimistic about their ability to achieve upward mobility than they were six months ago, according to new data from CUNA Mutual Group, the leading provider of lending, insurance, investment, and financial technology solutions for credit unions.

When CUNA Mutual Group first polled the middle class in fall 2018, survey respondents gave themselves a âB minusâ grade when asked to evaluate their prospects for achieving the âAmerican Dream.â Amid increasingly uncertain economic conditions, however, that grade has dropped to a âCâ.

A potential driver of this anxiety is fear the other shoe will drop after several years of strong economic growth, with close to 50 percent of respondents expressing worry the U.S. will enter a recession in the next year.

However, when thinking about their personal economic position, the majority of respondents feel relatively stable, with 61 percent saying they are somewhat to very confident, and 88 percent saying they feel their job is somewhat or very secure over the next year. That said, the middle class could be doing better â of the respondents who say they are confident in their personal economic position, two-thirds are only âsomewhatâ confident, meaning they can comfortably pay their bills, but want to save more in the long run.

âThe middle class is mired in uncertainty. Weâre seeing stagnating job growth, limited wage growth and increasing market volatility attributable to headwinds from tariffs and unfinished trade negotiations,â said Steve Rick, chief economist, CUNA Mutual Group. âThis should be a wake-up call to families to start shoring up their finances now, whether that takes the form of cutting spending, reassessing their savings to avoid having to cut into their retirement to stay afloat, or even refinancing a mortgage if thatâll put them in a better position. If thereâs one thing 2008 taught us, itâs that you canât afford to be caught on your heels if a recession hits.â

On the positive side, survey respondents are aware of their economic vulnerabilities. In the event of a recession, they say they would decrease discretionary spending (53 percent) and make lifestyle changes (52 percent).

Are Women More Sensitive to a Potential Downturn?

Overall, female respondents appear to be more pessimistic when it comes to the current economy. Specifically:

Women arenât the only respondents with a heightened sense of uncertainty, with the survey finding more anxiety among parents than their child-free counterparts. People with children are more concerned the U.S. will enter a recession in the coming year compared to those without children (54 percent versus 47 percent).

Parents are also willing to be more aggressive about steps they would take to maintain stability in a recession. Most notably, they are almost twice as likely as those without children to reduce their retirement savings contributions.

Actions Respondents Would Take in the Event of a Recession

âThe middle class may feel uncertain, but the future isnât bleak for them,â concluded Rick. âThey have long been the backbone of the American economy and have shown remarkable resilience in the face of some real challenges. The key is using your current stability to plan for the future. Think of it as piloting a plane. You donât wait until youâre flying through a storm to act; you plan, train and assess your flight path long before you ever leave the ground. Proactivity mitigates risk.â

About CUNA Mutual Group
CUNA Mutual group is a financially strong insurance and financial services company enabling people to make financial decisions that work for them. The company was built on the principle of âpeople helping peopleâ and the belief that a brighter financial future should be accessible to everyone. For more information, visit www.cunamutual.com.