Waking Up to Walk-Ups 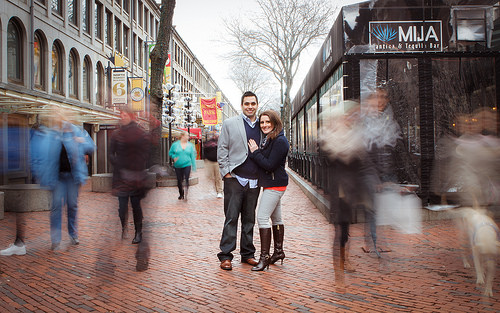 A recent survey conducted by LOCUS: Responsible Real Estate Developers and Investors, a coalition of Smart Growth America, in conjunction with The George Washington Universityâs Center for Real Estate & Urban Analysis, identifies each of top 30 metro WalkUps and ranks them based on their current and future commercial real estate metrics. Among the metrics compared were GDP per capita and percentage of college graduates over 25.

The study confirms what most economists and urban planners already suspect — walkability leads to economic efficiency and desirability. According to the study, WalkUps have much higher density and a diverse mix of real estate types and are well connected via multiple transportation options, such as subways, buses, bike routes and freeways. WalkUps contain essential destinations, such as home, work, school, stores, restaurants, and hospitals within walking distance.

Pedestrian-friendly cities such as Washington, D.C., Boston, and New York are also attracting a higher percentage of college graduates over the age of 25 than the urban sprawl cities such as Phoenix and Atlanta.

The GDP per capita of walkable cities such as Washington, D.C., New York and Boston are much higher (over 55%) than that of the three least walkable cities -- Tampa, Phoenix and Orlando

The report ranks the top metro WalkUps as Washington, D.C., New York, Boston, San Francisco and Chicago. The top ranked WalkUps all have made significant investments in infrastructure and subways early on and are now reaping their benefit. Least ranked cities with urban sprawl reputation (Los Angeles, Miami, Atlanta, and Phoenix) seem to be newer cities but they all seem to strive to catch up and are pursuing aggressive public transportation policies. Homes in WalkUps metros tend to be much less affordable and supply can become an issue. However, this doesnât seem to have yet deterred the millennials to prefer to move to them after college.

The financial crisis has led to unprecedented litigation and disputes, the regulatory overhaul of our financial system and a dramatic expansion of the Federal Reserveâs balance sheet. The crisis also has made homeownership less desirable or even possible for potential current first-time buyers.

The state of the housing market will be closely watched this week with the release of existing home sales, new home sales and the S&P Case-Shiller Housing Index. The rebound in housing has been one of the drivers of our slowly improving economy. However, with an increase in mortgage rates, tighter credit standards and price appreciation making affordability an issue, the brightest spot of the U.S. recovery has dimmed.

A less talked about driver of the slowdown in demand is the generation that has witnessed the housing crash first hand and now believes owning a home is a less desirable ideal or ultimate goal. So much for the American dream. This generation prefers to rent because they donât believe interest rates are all that attractive and the housing market seems downright scary.

There are other reasons for the reduced interest in housing by these young adults, including a preference for freedom and spontaneity. To Generation Y (25 to 34 year olds), homeownership is more like a ball and chain.

The financial crisis may have altered the way people think about homeownership for decades to come. As opposed to a means of building wealth, Generation Y views owning a home less as an investment and more as shelter. In that case, renting provides more options and freedom.

The data on housing is going to suggest that buyers are being cautious in the wake of higher rates and higher home prices. For many would-be potential buyers, they may simply not be interested in owning a home.