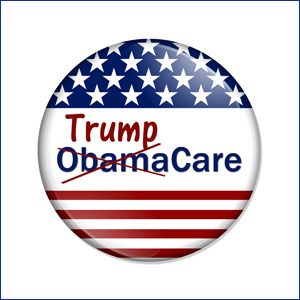 TUCSON, Ariz., January 27, 2017 /PRNewswire/ — At this point, two things are certain about TrumpCare: it’s going to happen and it will dramatically affect the healthcare landscape.

But what will it look like? At this point nobody knows, yet we can see the “tea leaves” in Trump’s appointments and the statements that he and his appointees have made, as well as the various noises of Congress as they mull over “repeal and replace.â

There are nine likely developments:

Block Grants for Medicaid – President-elect Trump has already proposed significant tax cuts which will add to the pressure to reduce healthcare expense. The brunt of this effort is most likely to fall upon Medicaid, probably in the form of block grants to states rather than direct federal funding.

More Emphasis on Value – Health insurers have long wanted to control costs by paying for results rather than activities, aka “value based reimbursement.” TrumpCare will probably require healthcare providers to embrace expensive technology to prove “demonstrated outcomes” before being paid.

More Spending on Information Technology – Increased emphasis on cost control and outcomes will drive healthcare providers to use more technology. Much of this will take the form of shifting care management onto patients.

Less Government Regulation – Trump and GOP have identified over-regulation as a major source of unnecessary healthcare costs. As such, TrumpCare will likely incorporate a reduction in regulations for healthcare providers, especially those promulgated during the Obama administration.

Fewer Cost Controls for Physicians – The proposed Secretary of Health and Human Services (HHS), Tom Price, believes physicians should play a leadership role in all areas of healthcare, including reimbursement approaches outside of hospital settings. He can be expected to fight programs like the current Centers for Medicare and Medicaid Services (CMS) effort to bundle payments for cardio surgery.

Accelerated Innovation â Everything from new gene therapies to population analytics will become more attractive as methods to deliver more targeted, cost effective services and products. They are already disrupting the healthcare marketplace and they will attract even more investment with TrumpCare.

Greater Demand for Outpatient Healthcare â CMS and private payers will increase their reimbursement for outpatient medicine as an option to traditional hospital-based care creating more opportunities for entrepreneurs and significant challenges for hospitals.

More Mergers and Acquisitions – Obamacare drove a wave of M+A activity as healthcare firms were forced to adapt to rapidly changing circumstances. TrumpCare is likely to create even more change, especially in fragmented areas of the healthcare market (mostly outside of hospitals).

Tom Schramski, VERTESS Managing Partner notes that “healthcare technology in all verticals will have more prominence and company value. Other factors that will impact value, including the emerging issues of minimum wage and the recently stayed increases in the exempt salary threshold advanced by the US Department of Labor, will affect labor-intensive services, which predominate in the healthcare marketplace.”

VERTESS is an international healthcare-focused M + A advisory firm with expertise in diverse healthcare and human service verticals, ranging from behavioral health and intellectual/developmental disabilities to DME, home care/hospice, urgent care, life sciences and other specialized services and products.

VERTESS is headquartered in Tucson, Arizona, with additional offices in Phoenix, Dallas/Ft. Worth, New York and Mexico City. For more information visit here.