Europe, China must step up to keep up with U.S. 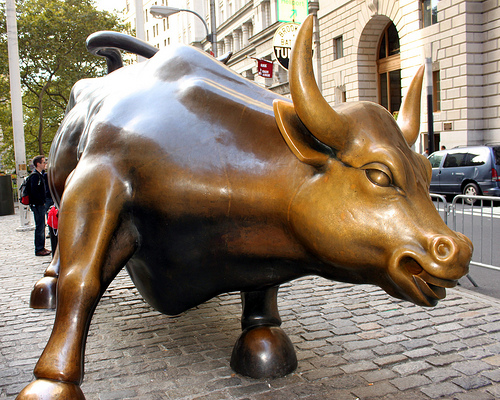 Investors cheered on Friday when China’s central bank made its first interest rate cut in more than two years, stepping up its efforts to spur growth in the world’s second-largest economy. Slowing factory growth and a stalled housing market – both major factors in China’s historical growth – may have been behind the bank’s surprise move.

The European Central Bank also jumped on the stimulus bandwagon and began purchasing asset-backed securities in an effort to encourage banks to lend money and boost Eurozone economic growth. While this measure is similar to the bond-buying programs implemented by the Federal Reserve (and pioneered by the Bank of Japan), it falls short of quantitative easing, which would require the ECB to take on the risk of buying the sovereign debt of its member countries. The news caused the euro to tumble; policymakers probably hope further weakness in the euro will lead to export and manufacturing growth.

Putting the global train back on track

Why is all this good news for investors? These assertive moves by major players in the global financial scene are a hopeful sign that they are prepared to do what it takes to put the global economy back on track. While the U.S. is making big strides toward a healthy economy, Europe and China are lagging behind and their central banks may need to make further moves to boost growth.

On our side of the pond, last week’s unexpectedly low new unemployment claims report showed that the labor market continues to make gains. At this point, weekly claims for new unemployment benefits have been below 300,000 for ten straight weeks, which is a fantastic sign for the job market.[4] Continuing claims also fell to the lowest level since 2000, indicating that many jobless Americans are moving off the unemployment rolls, though there could be some seasonal hiring factors at play.

Looking ahead, the holiday-shortened week is packed with economic data and analysts will be looking closely at the next Q3 Gross Domestic Product estimate as well as some important consumer sentiment indicators. Thursday kicks off the critical holiday shopping season and investors will be watching to see if hopes for the retail sector can turn into reality.