What shaped the events and trends, and what’s ahead in 2014? 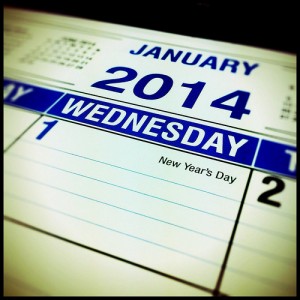 Now that 2013 is behind us, let’s take a look at the events that shaped markets last year and consider what may lie ahead in 2014. 2013 was the year that investors finally became confident in the economic recovery and poured their enthusiasm into equities. Despite significant volatility, stocks soared to new heights, giving the S&P 500 its best year since 1997. For the year, the S&P rose 29.6%, the Dow gained 26.5%, and the Nasdaq did best of all, growing an astonishing 38.3%.

Let’s take a look at some of the major events that shaped 2013:

The Federal Reserve was very active in 2013, and anticipation of the end of quantitative easing drove much of the market volatility. The Fed bought $85 billion in bonds each month in 2013, a move that was designed to hold down long-term interest rates and encourage spending and investment. As the economic recovery gained steam, the Fed began evaluating its options for cutting back on bond purchases in order to return to “normal” monetary policies. Investors reacted with fears that the end of the easy money party would cause waves in financial markets, but that nervousness was largely overblown.

After months of anticipation, the Fed finally announced a reduction in the pace of their bond purchases at the December FOMC meeting. Markets rose after the announcement because investors viewed it as a vote of confidence about the economy’s strength.

Current Fed chairman Ben Bernanke will be stepping down at the end of January and the Senate is expected to confirm Janet Yellen, the current vice chair, as his successor. She is closely aligned with Bernanke and is widely expected to continue current Fed policies.

Political gridlock in Washington was another source of market volatility in 2013. After resolving the Fiscal Cliff in the first days of 2013, legislators were unable to agree on a deficit-reduction plan. This forced the federal government to institute across-the-board budget cuts designed to trim $1.2 trillion from the federal budget over the next 10 years.

Act II of the budgetary debates resulted in a political stalemate over how to fund the government, pushing the federal government into a shutdown. Despite dealing with a 16-day shutdown, investors stayed calm and markets rose sharply in the period immediately following the budget deal. Some estimates put the cost of the shutdown at $2 billion in lost productivity plus the cost of ripple effects across the economy.

Fortunately, a bipartisan budget deal reached in December promises to remove a lot of the uncertainty that hung over markets in 2013 by alleviating a new round of sequestration cuts and stabilizing government funding through late 2015.

After months of anticipation, the Fed finally announced a reduction in the pace of their bond purchases at the December FOMC meeting. Markets rose after the announcement because investors viewed it as a vote of confidence about the economy's strength

Though politicians will still have to tackle raising the Treasury debt ceiling in early 2014, we expect to avoid another showdown.

The U.S. economy ended 2013 on a high note. GDP, a measure of economic activity, grew an estimated 4.1% in the third quarter, the fastest pace in almost two years. Though we don’t have data on Q4 GDP yet, it’s possible that sequestration and the government shutdown may have trimmed economic growth. On the positive side, some economists believe that 2014 may be the year that the economy really takes off.

The labor market also improved significantly in 2013, with unemployment dropping to a five-year low of 7% in November. Payrolls increased solidly in October and November, and weekly unemployment claims fell in the final weeks of December. What’s better is that recent hiring trends show that gains were spread across both low-wage and higher-wage sectors. Much of the jobs growth we saw earlier in 2013 was concentrated in traditionally low-wage jobs. More well paying jobs mean that employees will have more income to spend, hopefully boosting consumer spending.

Despite rising mortgage rates, the housing sector is still booming. Home values have risen for 20 consecutive months as low rates and a shortage of housing inventory boosted home prices. Manufacturing proved to be another bright spot in the economy; U.S. factory activity held close to a 2-1/2-year high in December, setting the stage for continued growth in 2014. Though manufacturing accounts for only about 12% of economic activity, it’s a key source of well-paying jobs and a big driver of the economic recovery.

Company earnings rose for the fourth straight year despite weak demand and challenging conditions. Total earnings for S&P 500 companies in 2013 are estimated to increase 5.4%, painting a hopeful picture as we move into 2014. Investors were willing to pay outsized prices for those earnings results, pushing P/E rations, a measure of stock price to earnings, to an average of 15.4 from 12.6 at the start of 2013. By that measure, stocks became more expensive in 2013, but P/E ratios in the S&P 500 still remained below the 20-year average of 16.5.

Looking ahead, we’re optimistic about 2014. Though stocks exhibited a bit of a hangover in the first days of the New Year, the decline was not surprising, and the rally may continue after Friday’s December jobs report. Even if stocks slow their pace of growth, we think there’s still upside potential if the U.S. economy continues to gain steam and Q4 corporate earnings reports are positive. While a pullback is always possible as investors consolidate their positions, January has been a historically good month for markets.[12] Although it’s impossible to predict market trends with accuracy, we’re always on the lookout for both dangers and opportunities for our clients, and we look forward to supporting you in the year ahead!