On the heels of a tepid Q1, a brighter picture emerges 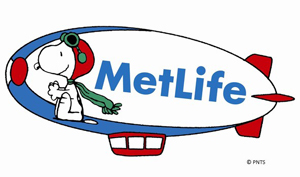 THE QUARTER IN BRIEF

After a first quarter marked by dismal GDP and a tepid stock market, the second quarter of 2014 brought welcome change. The S&P 500 posted a Q2 gain of 4.69%. Hiring picked up, and so did inflation. The housing market left its winter slump behind. Gold rallied and so did oil, with unrest in Ukraine and Iraq providing some upward pressure on prices. The Federal Reserve incrementally reduced its bond purchases on schedule. Was the first quarter simply a bump in the road for the economy? History may record it as nothing more.

Two notable trends emerged in the quarter. The job market improved, and yearly consumer inflation aligned with the Fedâs target. In tandem, these developments made Wall Street wonder if the Fed might raise interest rates a little sooner than anticipated.

While the jobless rate went south, consumer prices moved north. The federal governmentâs Consumer Price Index rose 0.3% in April and 0.4% in May, taking yearly inflation to 2.1%. Retail sales were up too â they rose 0.5% during April and another 0.3% in May, even as consumer spending was flat in April and up but 0.2% for May. The University of Michiganâs consumer sentiment index wobbled â it was at 84.1 in April, 81.9 in May and 82.5 in June. On the other hand, the Conference Boardâs consumer confidence index reached a 6-year peak in June at a reading of 85. The manufacturing and service sectors continued expanding, according to the purchasing manager indices kept by the Institute for Supply Management. By June, ISMâs service sector PMI indicated growth for a 53rd straight month with a 56.0 reading. The ISM factory PMI stood at a healthy 55.3 in June.5

Annualized wholesale inflation ticked down to 2.0% in May from 2.1% in April, in part thanks to an unanticipated 0.2% dip in Mayâs Producer Price Index. Factory orders and hard goods orders also dipped in May: orders for durables fell 1.0% after a 0.6% rise in April, and factory orders followed up their 0.8% April rise with an 0.5% May decline.

The Fed kept tapering QE3. By June, the central bank had moved to reduce its monthly asset purchases to $35 billion. As Q1 GDP was a subpar -2.9%, it revised its full-year economic growth expectations down to 2.1-2.3%. All these moves were expected, but what was unexpected was St. Louis Fed president James Bullard going out on a limb and telling Fox Business in June that he expected an interest rate hike by the end of Q1 2015. If current hiring and inflation trends continue, could it even occur sooner?

Armed conflict (and the threat thereof) gave investors pause in the quarter. The Islamic Stateâs takeover of some of Iraq raised worries about oil exports from that country being disrupted; some interpreted Russian troops hovering on the border of Ukraine as a prelude to invasion and possible interruption of natural gas delivery to the eurozone. While these fears exerted pressure on natural gas and oil prices in the quarter, there were no systemic shocks. Most of Iraqâs current oil output occurs south of the present combat zone, and Russian natural gas deliveries to the euro area through pipelines in Ukraine were not slowed (though Gazprom, the giant Russian energy supplier, cut 100% of its natgas supply to Ukraine in mid-June).

What was the top Q2 performer among major world stock indices? That honor goes to the Sensex. Indiaâs benchmark went +13.52% for the quarter

The eurozone factory sector was expanding, but its lack of inflation was worrisome for the European Central Bank. During the quarter, the Markit manufacturing PMI for the eurozone averaged 52.4. Any reading above 50 means sector growth, but the Q1 average was 53.4. Just as factory activity slowed a bit for the whole eurozone in the quarter, Markit manufacturing PMIs for Germany, Austria, and the Netherlands also signaled the pace of expansion slackening. In France, the factory sector contracted in the quarter. The eurozone unemployment rate was 11.6% as of May. The ECB actually cut its deposit rate to -0.10% in the quarter, in light of the fact that annualized eurozone inflation was merely 0.5% by June.11,12

Now as for China, its manufacturing PMIs went back into positive territory in the quarter â the PRCâs official PMI was 50.8 in May and 51.0 in June, while Markitâs PMI improved from 49.4 to 50.7 in those months. Analysts polled by Reuters, however, forecast Chinaâs annualized GDP at 7.3% for Q2 and for 2014; that would be a 24-year low.13

True, existing homes werenât quite moving like they had a year ago: NAR had the pace of resales down 5.0% year-over-year. Both housing starts (1.071M to 1.001M) and building permits (1.06M to 991K) logged April-to-May declines. On the bright side, home prices â as measured across 20 metro areas by the S&P/Case-Shiller monthly index â had increased 1.1% in April and 10.8% in 12 months, and the pace of new home sales reached a 6-year peak in May.

Another factor aided the real estate market: cheaper mortgages. Looking at Freddie Macâs March 27 and June 26 Primary Mortgage Market Surveys, you see some pronounced declines for average interest rates on home loans. By the June 26 survey, the average rate on the 30-year fixed had dropped 0.26% to 4.14%. The average rate on the refinancerâs tool of choice, the 15-year FRM, had fallen 0.20% to 3.22%. The average interest rate on the 5/1-year ARM sank from 3.10% to 2.98%. Interest rates for 1-year ARMs averaged 2.44% in the March 27 survey and 2.40% in the June 26 survey.

While volatility hasnât been absent from the market, we havenât seen much of it of late. Investors seem more preoccupied with what the Fed might do over the next 6-12 months. The possibility of sudden crises aside, the feeling persists that a return to equilibrium in central bank policy might rein in the bull more than anything else. As QE3 presumably has a few more months to go and as an interest rate hike seems at least a couple of quarters away, Q3 might amount to relatively smooth sailing on Wall Street â and decent earnings and solid economic indicators might provide a little more of a tailwind for stocks.